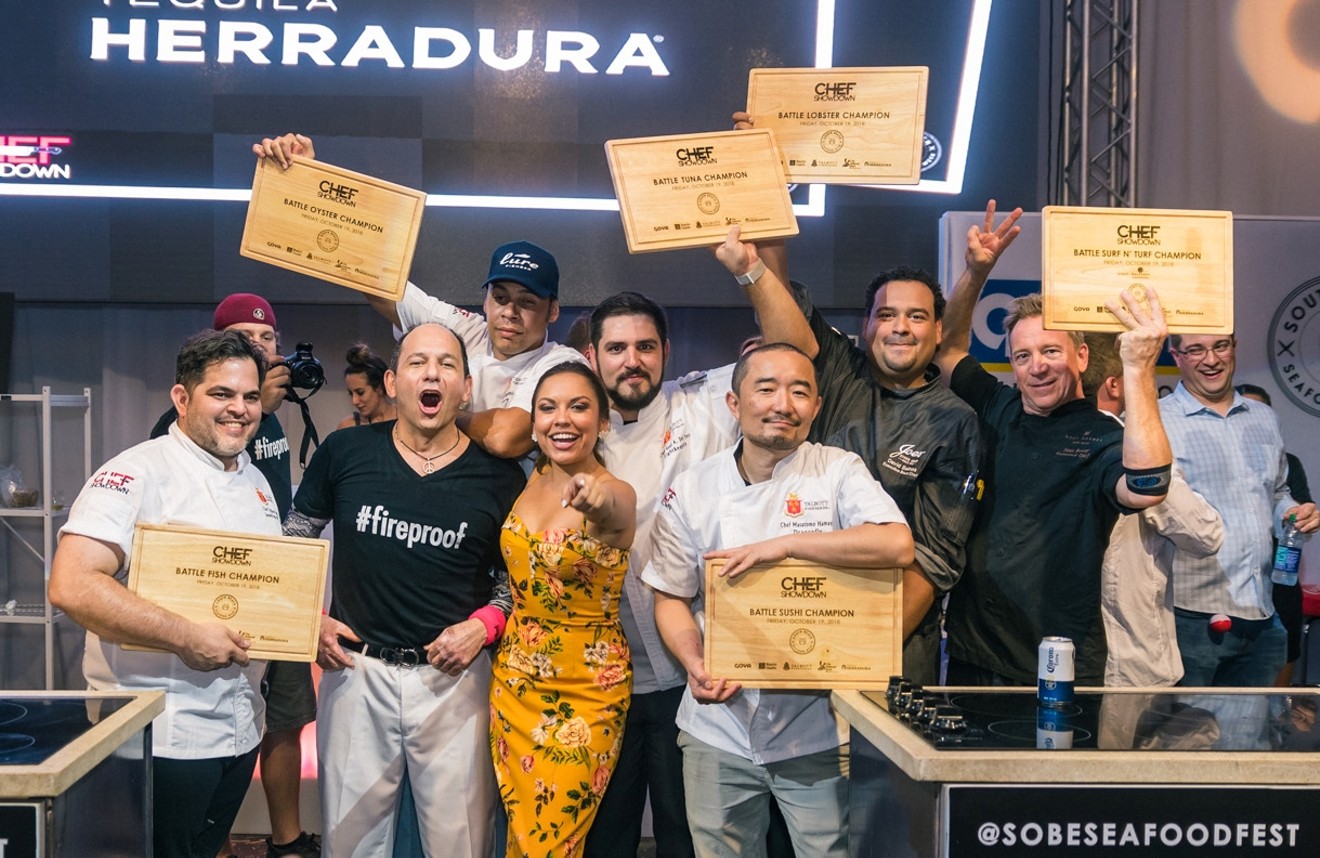 The event, which returned for its sixth year, raised money for CI Foundation's Eat Smart program, an effort that promotes healthy eating among Florida's youth. More than 10,000 attendees enjoyed the weekend's festivities.

The highlight of the weekend occurred during Friday evening's Chef Showdown, where South Florida's top toques cooked head-to-head in a variety of culinary categories.

Naked Taco's Ralph Pagano returned to the showdown to win the Battle Taco competition, ousting Bodega's Bernie Matz. Last year, Pagano made a comeback on Miami's culinary stage as host of the event after a kitchen accident in Bimini resulted in burns over most of his body. This year, chef returned to competing in culinary competitions at the festival, sporting a shirt with the hashtag #fireproof — a testimony to his unbroken spirit.

Chef Masa Hamaya of Dragonfly won the Battle Sushi competition for the second time in a row, and Meat Market's Sean Brasel defended the Battle Surf n Turf title for the third year.

This past Saturday, revelers took to the beach for an all-day feast. More than 20 local restaurants set up pop-up cafés offering seafood-centric dishes. Diners enjoyed alfresco meals while being serenaded by performances on three music stages.
KEEP MIAMI NEW TIMES FREE... Since we started Miami New Times, it has been defined as the free, independent voice of Miami, and we'd like to keep it that way. With local media under siege, it's more important than ever for us to rally support behind funding our local journalism. You can help by participating in our "I Support" program, allowing us to keep offering readers access to our incisive coverage of local news, food and culture with no paywalls.
Make a one-time donation today for as little as $1.