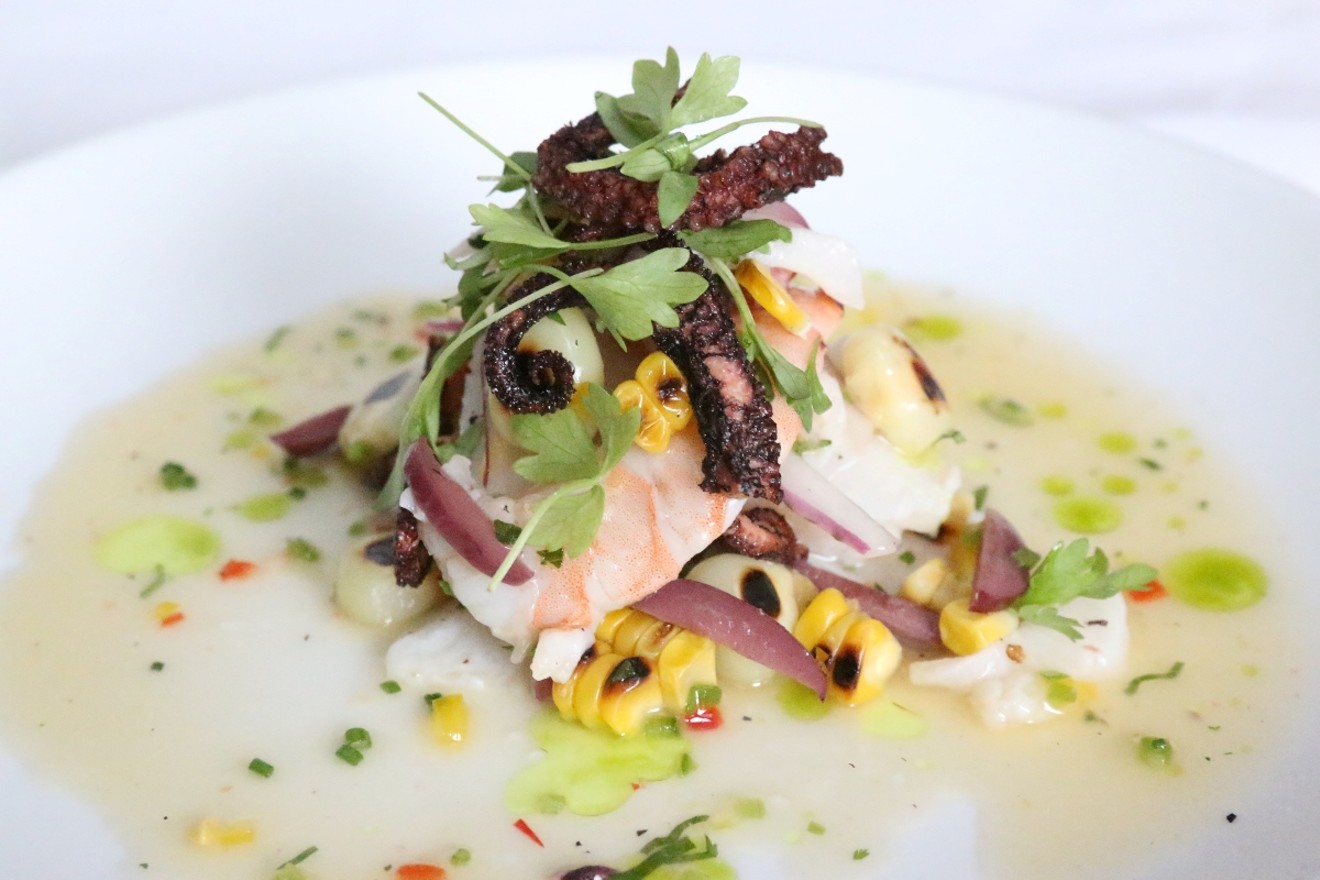 Ceviche at OLA Courtesy of OLA
Miami Beach's OLA is getting a new home.

The restaurant, which opened in 2003 at the Sanctuary hotel, will move to the South of Fifth neighborhood, where it will take over Bakehouse Brasserie's space. OLA's move is in partnership with Menin Hospitality.

The brasserie will close Sunday, October 8, after service to make way for the switch.

Bakehouse opened last November and quickly became a hit for its French-café vibe and affordable breakfast. When the brasserie debuted, Jared Galbut, managing principal of Menin Hospitality, told New Times: "We wanted to give the South of Fifth neighborhood another all-day, everyday option and something that was approachable and accessible no matter the time of day or occasion."

No word on why Bakehouse will close or if it will relocate to another spot on the Beach.

OLA (short for "Of Latin America") opened in 2003 for venerable chef Douglas Rodriguez to showcase his Nuevo Latino cuisine. Over the years, the restaurant changed toques but was still a favorite among locals and visitors alike. In 2009, OLA was named Best Restaurant Sans Category by New Times for cuisine that "pulsates with vibrant, often surprising flavors and a creativity born of culinary genius."

OLA, which quietly closed at the Sanctuary in anticipation of the move, will reopen in the new SoFi space October 18. The restaurant will serve dinner and weekend brunch offering ceviche and pan-Latin dishes. A menu and operating hours are not yet available.