Brew at the Zoo featured local craft beers. See more photos from Brew at the Zoo 2017 here. Photo by Monica McGivern
With multiple breweries slated to open in 2017, South Florida's beer scene is exploding. With Miami breweries like Wynwood Brewing and J. Wakefield winning national accolades, the city is swiftly becoming known for its beer scene.

The staggering growth of this industry was evidenced at this weekend's New Times' Brew at the Zoo, which highlighted some of the region's best local brews.

Photo by Laine Doss
A long line formed for a taste of Infected Brewery's beers that feature staple brews "infected" with surprising flavor notes. The brewery offered several core favorites like its OG orange ginger pale ale and the coffee-inspired Beanie's Brew. The brewery is scheduled to open in 2018 at a location to be determined. 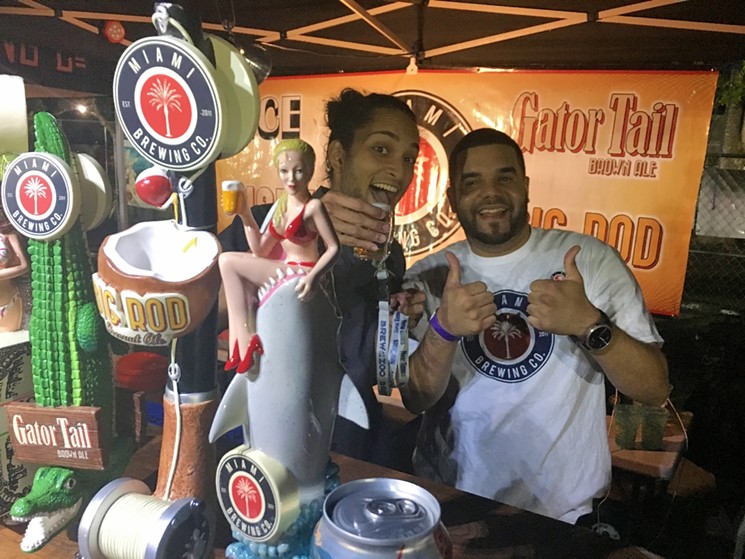 Photo by Laine Doss
Miami Brewing Company, located in Homestead, is known for incorporating local fruits into its beers like mango in its Shark Bait and coconut in the brewery's Big Rod. The brewery is also gearing up for the opening of a dedicated brewpub inside Marlins Stadium.

Photo by Laine Doss
Due South uses real vanilla beans in its Honey Vanilla Wheat to balance out the sweetness of the local honey used in this creamy, full-bodied beer.