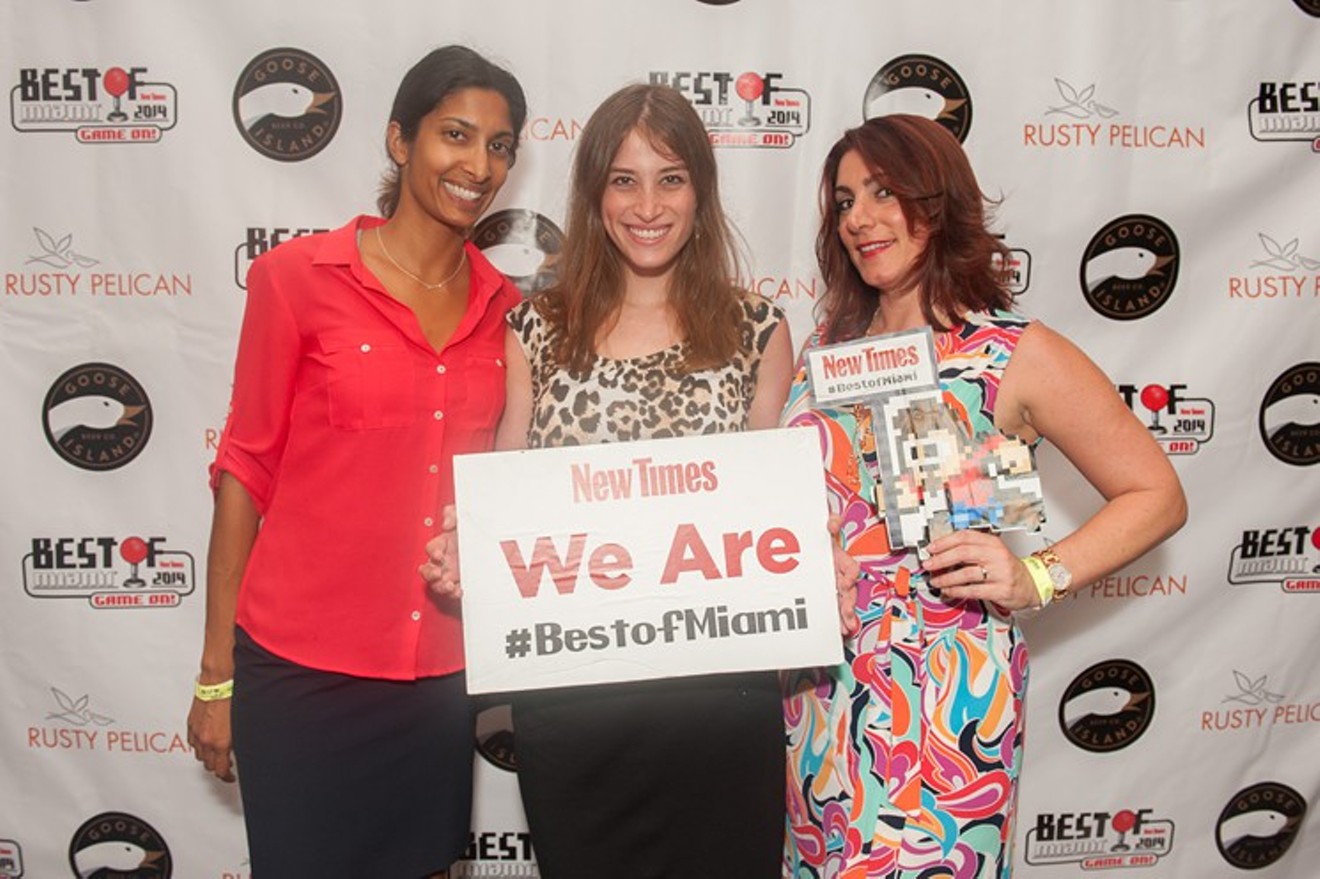 Come celebrate the Best of Miami. Miami New Times
It's that time of year again.

New Times' Best of Miami issue comes out on June 15, giving readers the most delicious, interesting, and amazing things to eat, drink, see, and do in Miami.

This year's theme is "Under the Sea," spotlighting hundreds of Miami's best eateries, clubs, bars, shops, and services.

To celebrate Best of Miami's 30th anniversary, New Times is hosting a fantastic party at the Phillip and Patricia Frost Museum of Science on Thursday, June 22, from 8 to 11 p.m.

Toast to the winners with cocktails by Finlandia Vodka, Italia, , and more while munching on bites provided by Savor Catering and enjoying live entertainment.

Tickets are $50 and include unlimited eats and drinks in the brand-spanking-new Frost Museum alongside sharks and other creatures of the deep. In addition, a portion of ticket sales will benefit the museum.

Tickets go on sale April 17 at 10 a.m., but New Times readers can take advantage of a special presale offer starting today at 10 a.m. Just visit ticketfly.com and enter promo code BOM17 to purchase tickets before anyone else. The presale offer ends April 16 at 10 p.m.

This 21-and-over party celebrating our 30th anniversary of Best of Miami at the new Frost Museum is sure to sell out, so get your tickets today.

Correction: This article previously mentioned unlimited eats and drinks would be included in the $50 admission price. While drinks were unlimited, small bites were served and food was not unlimited.