Fi'lia has reopened in Brickell with all new menus for breakfast, brunch, lunch, and dinner. Photo courtesy of Fi'lia
Miami's latest round of openings includes the reopening of Fi'lia at the SLS Brickell Hotel, the grand opening of Hof's House of Sweets in Fort Lauderdale, the second location of Spiked Rich ice cream in Doral, and the addition of Miami pop-up Vice Burger to the Lincoln Eatery. Fi'lia has reopened inside SLS Brickell.
Photo courtesy of Fi'lia

1300 S. Miami Ave., Miami
305-239-1330
sbe.com/restaurants
Fi’lia, the American-Italian restaurant at SLS Brickell, has relaunched with new lunch and dinner menus, fresh seasonal cocktails, an updated, curated wine list, and new designs centered around the establishment's wood-fired cucina. Fi’lia’s creators say the new culinary offerings draw inspiration from Italy, Miami, and the Mediterranean, fusing traditional dishes and new creations made with local ingredients and house-made doughs. Take the beef carpaccio, available as an appetizer or on a pizza, or the grilled Italian sausage sourced from Miami’s own Proper Sausage, served with house-made ciabatta bread and a zesty aioli. Locals short on time can also enjoy a taste of Fi’lia at its newly launched "aperitivo hour," with specially-priced cocktails, aperitifs, and light bites offered daily from 4 to 7 pm. A weekend brunch takes place on Saturday and Sunday from 11:30 am to 4 p.m., complete with bottomless mimosas, bloody marys, and Moët & Chandon garden spritzes. 7 a.m. to 10 p.m. Sunday to Thursday, 7 a.m. to 11 p.m. Friday and Saturday. (May close between breakfast, lunch, and dinner services. Call to confirm.) 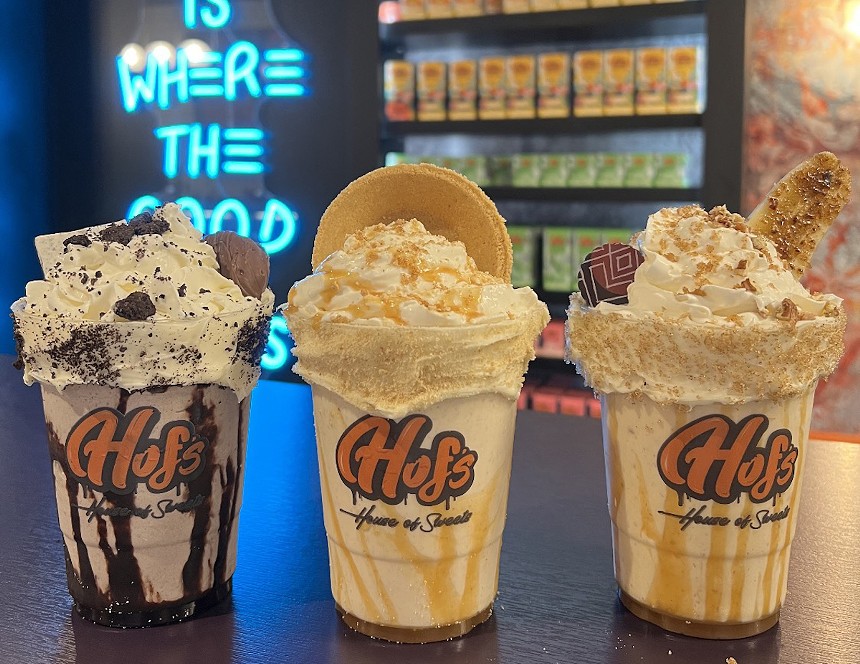 601 E. Las Olas Blvd., Fort Lauderdale
954-368-4320
hofshouseofsweets.com
Hoffman’s Chocolates has opened its newest dessert destination, Hof’s House of Sweets. The store takes an innovative twist from its traditional candy store format to combine art, music, and pop culture for a dynamic experience that features a wide array of candies and confections sourced from around the world and manufactured at its own Hoffman’s Chocolates factories located in both Orlando and Greenacres. Located on East Las Olas Boulevard in Downtown Fort Lauderdale, Hof's offers a vast array of nostalgic desserts and menu items from specialty handspun milkshakes, sundaes, and floats to artisan chocolate truffles, donuts, fudge, waffles, and a rotating menu of innovative ice cream flavors. Noon to 10:30 p.m. Sunday through Thursday and noon to 11 p.m. Friday and Saturday. 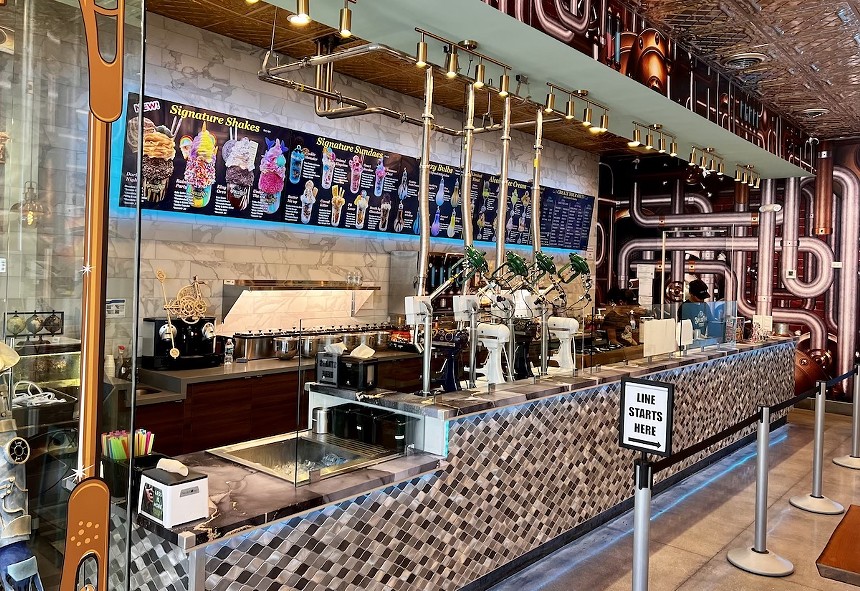 8550 NW 53rd St., Doral
305-456-9233
spikedrich.com
Spiked Rich, a liquid nitrogen and alcohol-infused ice cream shop that allows you to customize your own dessert creations is officially open in downtown Doral. The restaurant offers customers a chance to watch as each unique dessert is created before their eyes. Elaborate desserts are constructed, decorated, and garnished using Spiked Rich's own proprietary method, set in its steampunk-themed ice cream factory and served in Instagrammable dishes. Think souvenir martini glasses and giant lightbulb containers. Customers also can customize their own ice cream, yogurt, or even nondairy recipe for the Spiked Rich team to then use liquid nitrogen and automated state-of-the-art technology to bring the creations to life. The location is Spiked Rich’s second in South Florida in addition to its Davie restaurant. 11 a.m. to 11 p.m. daily. Vice Burger has opened inside the Lincoln Eatery.
Photo courtesy of Vice Burger

723 Lincoln Ln N., Miami Beach
305-306-7392
viceburger.com
As a winner of SOBEWFF’s Burger Bash competition, Miami chef Greg Schesser has upgraded his popular Vice Burger pop-up stationed outside E11even Nightclub to a permanent location at the Lincoln Eatery. Schesser, who previously worked alongside world-renowned chef Thomas Keller at the three Michelin-starred French Laundry, now offers signature burgers alongside milkshakes and fries. The "Vice Burger" is his upgraded take on the classic burger, a custom-blend of brisket, short rib, and chuck served on a toasted brioche bun topped with Vice sauce, American cheese, pickle chips, and paper-thin sliced onions. Additional offerings include the "A5 Burger," a seven-ounce patty of Japanese A5 Wagyu beef topped with melted American cheese, caramelized onions, a sunny-side-up egg, and umami sauce. And don't miss out on milkshakes like the "R.W.C.", a combination of caramelized white chocolate and freeze-dried raspberries or the "Cuban,” a vanilla shake topped with a shot of espresso. 11 a.m. to 10 p.m. daily.
KEEP MIAMI NEW TIMES FREE... Since we started Miami New Times, it has been defined as the free, independent voice of Miami, and we'd like to keep it that way. With local media under siege, it's more important than ever for us to rally support behind funding our local journalism. You can help by participating in our "I Support" program, allowing us to keep offering readers access to our incisive coverage of local news, food and culture with no paywalls.
Make a one-time donation today for as little as $1.