Gigi Closes After Employees Cite Nonpayment of Back Wages Updated 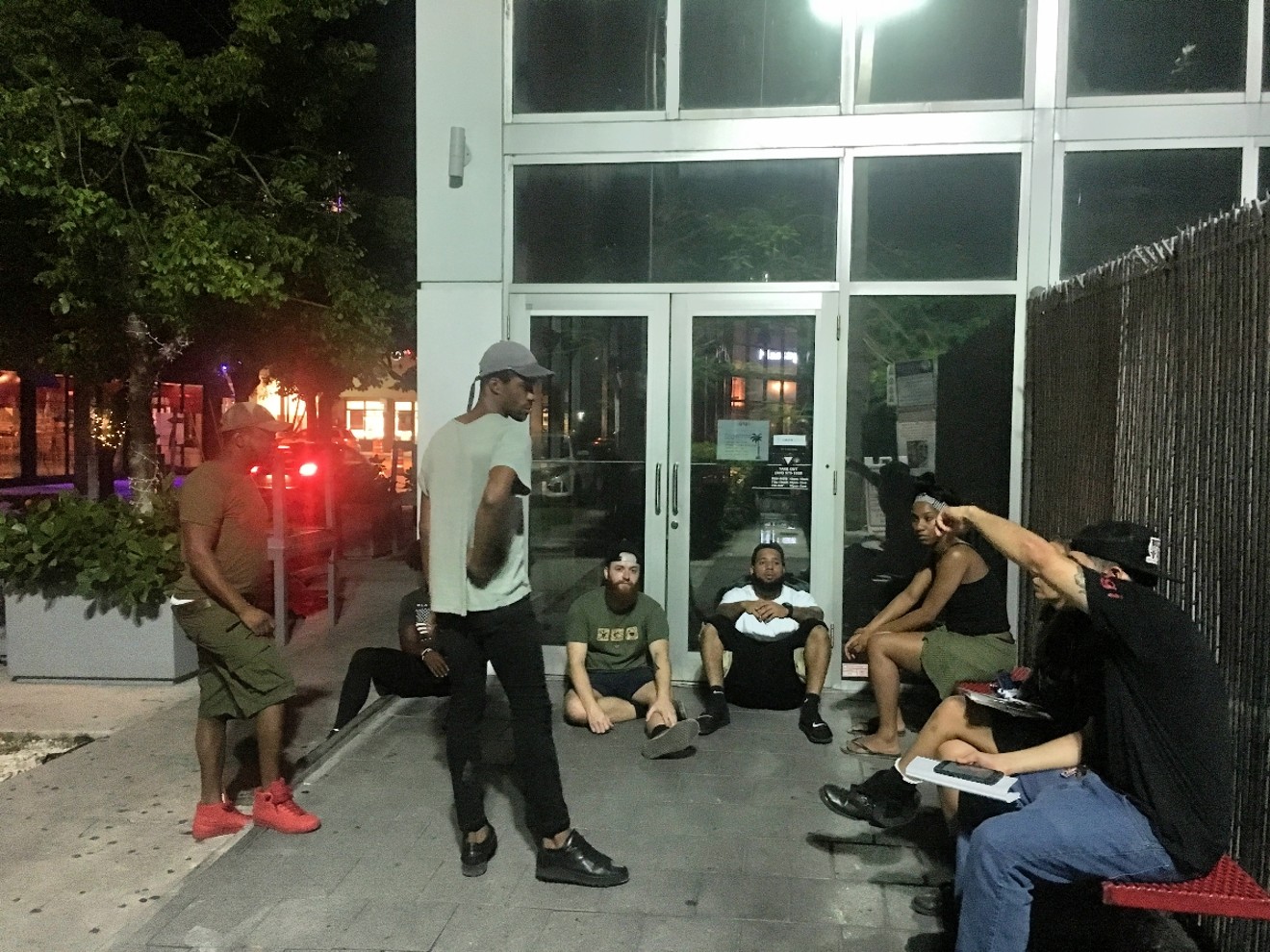 Workers sit outside a shuttered Gigi. Photo by Zachary Fagenson
Last evening, on what should have been a busy Thursday dinner service, Gigi was dark and the doors were closed.

There was life outside the establishment, however, as nearly a dozen employees gathered to commiserate about the fact they would henceforth likely not have a job.

The staff at the midtown Miami restaurant, which is famous for its noodles and buns, walked out after a change in ownership convinced them they wouldn't get the back pay owed to them. That incident led to a standoff between ownership and staff, with employees refusing to work and the owners not opening for the night, according to workers.

Rumors had been swirling that the eatery was having problems since ownership changed hands from restaurateur Amir Ben-Zion to Izhak Kashani and a partner about two weeks ago. Kashani and Eric Amiel are co-owners of Mozart Cafe in Sunny Isles Beach. Ben-Zion opened Gigi seven years ago, owning both it and its sister lounge, Bardot. In the past, Ben-Zion also owned Miami restaurants South Street and Cooper Avenue. Both shuttered suddenly.

A tipster wrote to New Times stating the restaurant had closed for the day Sunday, July 23, and the employees hadn't been paid in more than a month. Two other industry professionals confirmed the restaurant's closure due to an employee walkout.

On Monday, July 24, the restaurant was prepping for dinner service around 4:30 p.m. A man who identified himself as Antonio, a general manager in training, told New Times the restaurant had indeed closed the day before because of a water outage, not an employee walkout. He blamed street construction on North Miami Avenue and said the restaurant would open as usual. 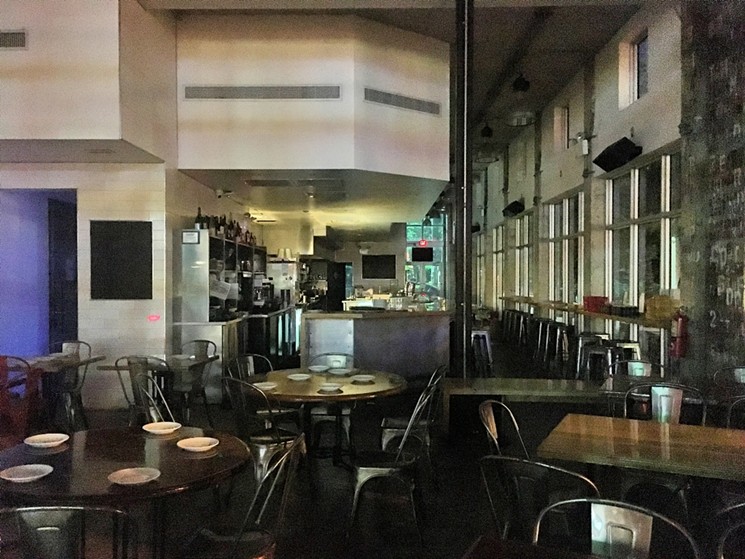 Gigi is dark on a Thursday evening.
Photo by Zachary Fagenson
Last night, however, New Times was again alerted the restaurant was closed. According to Ricky Sauri, executive chef at Gigi, he and his staff walked out after the current owners paid employees one week's salary and refused to make good on about a month's back pay owed by the previous owners. "We kept working in good faith, and we haven't gotten paid for a month. We didn't see a penny."

Sauri says he had a talk with his kitchen staff. "To be honest, a couple weeks ago, I told my staff that [the owners] haven't told me anything, but I don't think this looks right and that they have to do what's right for themselves."

Though Sauri is out of a job himself, he still considers the welfare of his co-workers his responsibility. "I'll still try to find jobs for everyone and at least place calls here and there." Sauri estimates about 30 people — from dishwashers to waitstaff — have been affected by the closure.

The chef, who worked at Nobu in Miami Beach and Bloom in Wynwood, had been with Gigi about a year and a half. He says this incident is bad for his resumé. "A lot of people who hire chefs see a closure as a bad sign, but it's not just the food — it's the finances that make or break a restaurant. Now I only have a year and a half in at Gigi, regardless of how you try to sell it. At the end of the day, the chef gets blamed."

Sauri isn't the only one out of a job. Bartender Kimberly Bonny needed money so badly she had to take out a payday loan. Server Devaughn McGann says his paycheck bounced at a local check-cashing store. "They called me and asked me for the money. I believe I owe the check-cashing store $750. My account is in the negative. I can't do anything." Server Rudy Palacio says the last time he was paid was mid-June.

General manager Tina Theuermeister says problems arose when new ownership came in without signing contracts regarding taking over the restaurant's remaining debt. Still, current management promised all previous payroll debts would be covered. "On Monday, they promised; yesterday, they confirmed it." Still, no money arrived.

Sauri says the closing of Gigi is just the reality of how some restaurant owners treat their employees. "Some people think we're just interchangeable and it's OK to use and abuse people. When we put in 14-hour days, it's all good, but just wait until you get sick for a day."

Update: Several former employees gathered outside the restaurant Thursday night said that the last time they were paid was June 16 and that Gigi owes some of them up to $1,000.

Thurmeister, holding a stack of pay sheets and other documents, estimated the restaurant owes tens of thousands of dollars in back wages and tips.

Server Devaughn McGann, age 23, said he was so desperate to get his car window fixed after a break-in two weeks ago he turned to a check-cashing place that took his check but soon called him to retrieve the money.

"My account is in the negative now," he said. "I can't do anything."

Kimberly Bonny, a 25-year-old server, also is on the financial edge. "Most of us have to pay the check-cashing places by tomorrow for our own checks," she said. "They’ve already been calling us threatening us for days."

New Times has calls in to both Ben-Zion and Kashani for comment. At this time, it's unknown whether Gigi will remain closed. This story will be updated with any additional news.