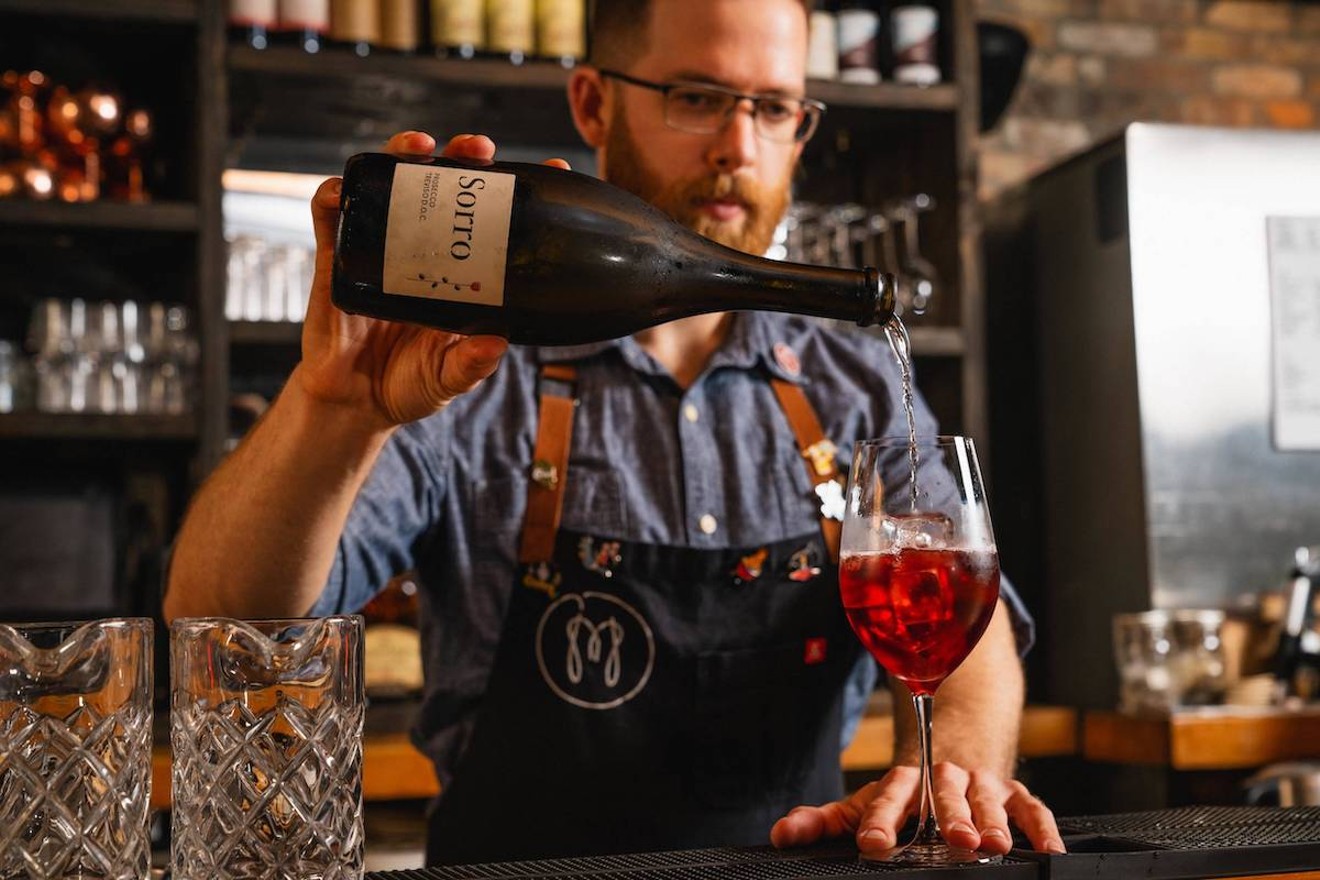 Macchialina's wine program was honored by Wine Spectator for its diverse selection of natural and biodynamic wines. Photo courtesy of Brustman Carrino PR
If you’ve ever glimpsed a Wine Spectator award at the entrance to a restaurant and wondered what it really means, you’re probably not alone.

As one of the world’s leading authorities on all things wine, the magazine recently unveiled the winners of its 2022 Restaurant Awards, which honor the world’s best restaurants for wine.

When it comes to the annual restaurant award program, however, the staff at Wine Spectator go one step further, spotlighting the restaurants that offer diners a chance to enjoy vintages from winemakers they’ve expertly sourced to pair specifically with the food they serve.

According to Cassia Schifter, a Wine Spectator tasting coordinator and director of restaurant awards, the annual exhibit serves two purposes: to guide readers to dining establishments with impressive wine lists, but also to honor restaurants for their achievements and commitment to maintaining pristine cellars.

“When you order wine at a restaurant that has a Wine Spectator award, you can rest assured you’re drinking some of the most creative, thoughtfully sourced, and lovingly curated wines in your city,” Schifter tells New Times.

Over the course of a year, Wine Spectator-approved judges visit applicants that are considered qualified  for an award inspection, then render a final list that usually totals a dozen or so nominees in each region, explains Schifter. This year, nearly 3,200 restaurants earned Wine Spectator restaurant awards, honoring establishments from all 50 states in the U.S., with nearly four dozen selected in the Miami area.

The first-tier “Award of Excellence,” is given to restaurants that offer thoughtfully chosen lists containing quality and diverse selections compatible with the restaurant menu. Generally, these lists average around 90 selections but can be larger.

The “Best of Award of Excellence,” is reserved for restaurants that offer lists of 350 selections or more. These lists take wine selection a step further, requiring a wide breadth of regions, vintages, and staff training to ensure guests have knowledgeable assistance.

The most prestigious “Grand Award” is reserved for the world’s elite wine programs — this year given to less than 100 applicants — usually ones that are built and maintained over the course of many years. These lists generally have 1,000 selections or more, and present diners with some of the world’s most sought-after producers in multiple bottle formats.

While no Miami restaurant was awarded Wine Spectator’s highest honor, there was considerable growth across the city, says Schifter.

“This year, a good number of Miami restaurants were upgraded or added to our list,” said Schifter. “We’re seeing a lot of menus that are highlighting biodynamic, natural, or organic offerings. There’s also the trend of showcasing women-focused wines, be they owners, makers, or directors.”

The 2022 list includes 37 Miami-region establishments, but for Schifter, a handful of newcomers and long-established restaurants stand out.

“Take Kiki on the River,” says Schifter. “They were chosen for their large and well-chosen Greek wine list. If you have a wine list that is fun, shows creativity, and really reflects the cuisine, we love that.”

Or Mila, which was chosen, in part, for its stellar sake selections that serve to complement and support the Japanese-Mediterranean menu’s robust wine offerings, while Macchialina was given notice for its Italian-focused offerings marked as sustainable, organic, or biodynamic.

Another new award winner, Cote, was chosen for its impressive breadth of offerings — over 900 in all — with a focus on Burgundy, Bordeaux, and Champagne. Others, like Zuma Miami and Casa Juancho, were upgraded to a “Best Of” award for a noticeable growth in offerings.

“We're seeing a lot of Miami establishments that made a big investment toward offering more robust selections, or who are showcasing more diversity among winemakers, drawing attention to environmentally conscious winemaking practices, and being more inclusive," says Schifter. "All of these things are what help to create exceptional wine lists and memorable experiences."
KEEP MIAMI NEW TIMES FREE... Since we started Miami New Times, it has been defined as the free, independent voice of Miami, and we'd like to keep it that way. With local media under siege, it's more important than ever for us to rally support behind funding our local journalism. You can help by participating in our "I Support" program, allowing us to keep offering readers access to our incisive coverage of local news, food and culture with no paywalls.
Make a one-time donation today for as little as $1.