Food for Thought: Culinary Luminaries Share Their 2022 Vision for a Better Miami 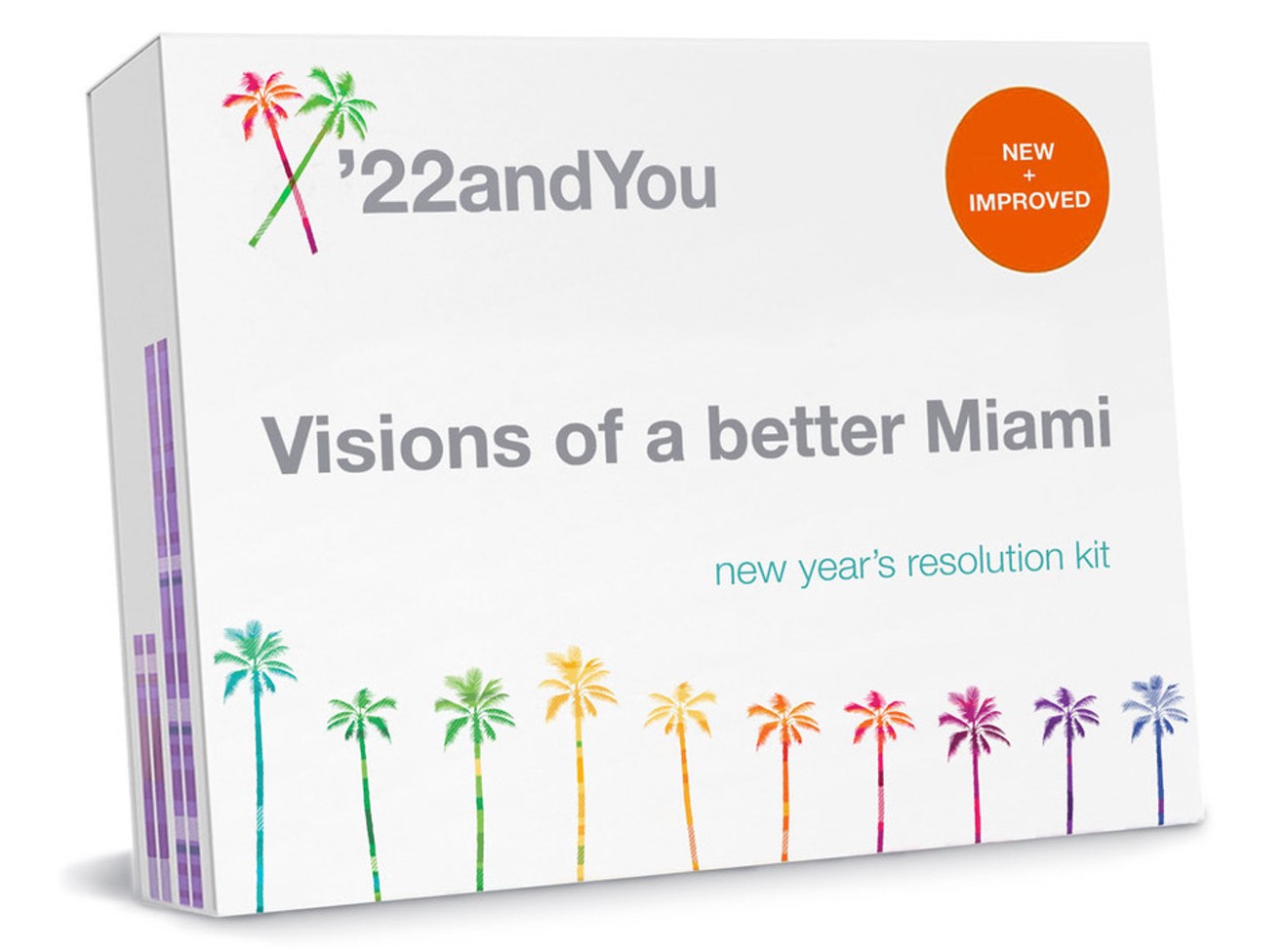 The culinary community weighs in on how to improve life in Miami in 2022. Photo-Illustration by Alexander Flores (with apologies to 23andMe)
Restaurants are a large part of every community — and that's especially apparent in Miami. Not only do local eating and drinking establishments serve as community gathering spaces, but chefs are also called on to serve the community by participating in charity events.

And it's the restaurant community that's typically on the front lines when hard times hit. Be it COVID or the Surfside tower collapse, Miami chefs and restaurateurs have stepped up to provide nourishment to those in need.

So when we consulted local luminaries about how to make Miami a better place to live, it made sense to seek input from the culinary community.

Specifically, we posed the following question:

“If you could change or improve one thing in Miami this year, what would it be, and how would you accomplish it?”

We urged them to think big — or small. “No idea is too sweeping or too niggling in concept or geographic specificity. And don't allow money, bureaucracy, or other potential obstacles to stifle your best ideas.”

The responses below, listed in alphabetical order, have been edited for length and clarity.

For more responses from local notables, see our companion feature, "The Common Good."

"Miami has an issue with public transportation. I-95 and other highways are too congested now. Developers want to sell people on our sun and lifestyle, but first we have to make this city more commutable. If there were some public-transit system that was reliable with a minimal fee, that would incentivize people to use it. I don’t think Brightline is the answer. I haven’t used Metromover, but when I moved to Miami, I remember waiting two hours for a bus. I’m just so scarred from that experience. There has to be a better way."

Todd Erickson is the consulting chef for Wynwood’s G.L.O.W. (Girls Leading Our World), which donates 100 percent of net profits to charities that support girls’ empowerment.

"Having to commute from far outside Miami, sometimes an hour or more each way, makes it really difficult for people to get to work. The solution would be to build affordable housing. I would suggest that developers who are building luxury high-rise towers devote 25 percent of the space to affordable housing. Most of these condos are bought by investors and aren’t even used. They’re shiny but they don’t add function to the heart of the city. And don’t even get me started on public transportation. It would be really great for people to get from Miami to Miami Beach easily, but that’s not going to happen."

"There needs to be systemic change when it comes to the way companies value and compensate employees. Any industry that executes at a high level should compensate its employees accordingly. Conversely, our guests also need to accept that if they want to enjoy a meal prepared by skillful and talented chefs, bartenders, and servers, then there is a cost associated with it. Food and service are commodities that have costs attached to them and need to be priced accordingly. Our industry is in dire need of a new generation of passionate, creative chefs, sommeliers, servers, and managers. If we don't begin compensating them properly, we will always be on the same hamster wheel of seeking, hiring, and losing employees. We need to make this change collectively."

Niven Patel owns Ghee Indian Kitchen in South-Miami Dade and is a partner at Mamey and Orno at the Thesis Hotel in Coral Gables. He also owns Rancho Patel, a local farm.

"Immigration is a very important issue plaguing our industry. We have so many qualified workers in a market that’s severely in need of labor, yet they can’t work because of all the legal red tape. You see a lot of professions with the ability to get specialized visas. The perception around back-of-house professionals needs to change. It’s an essential service and those providing it need better legal protections in order to do it."

Starex Smith: "Change the Infrastructure of Every Black Community"

"I would change the infrastructure and public spaces of every single Black community in Miami-Dade. Black communities don’t look as scenic as other areas in Miami. I would improve the way the bus stops look, I would landscape the medians and make sure they’re beautiful and shaded. And I would make sure the traffic signals are calibrated. That’s something I’ve always wanted to see done."
KEEP MIAMI NEW TIMES FREE... Since we started Miami New Times, it has been defined as the free, independent voice of Miami, and we'd like to keep it that way. With local media under siege, it's more important than ever for us to rally support behind funding our local journalism. You can help by participating in our "I Support" program, allowing us to keep offering readers access to our incisive coverage of local news, food and culture with no paywalls.
Make a one-time donation today for as little as $1.