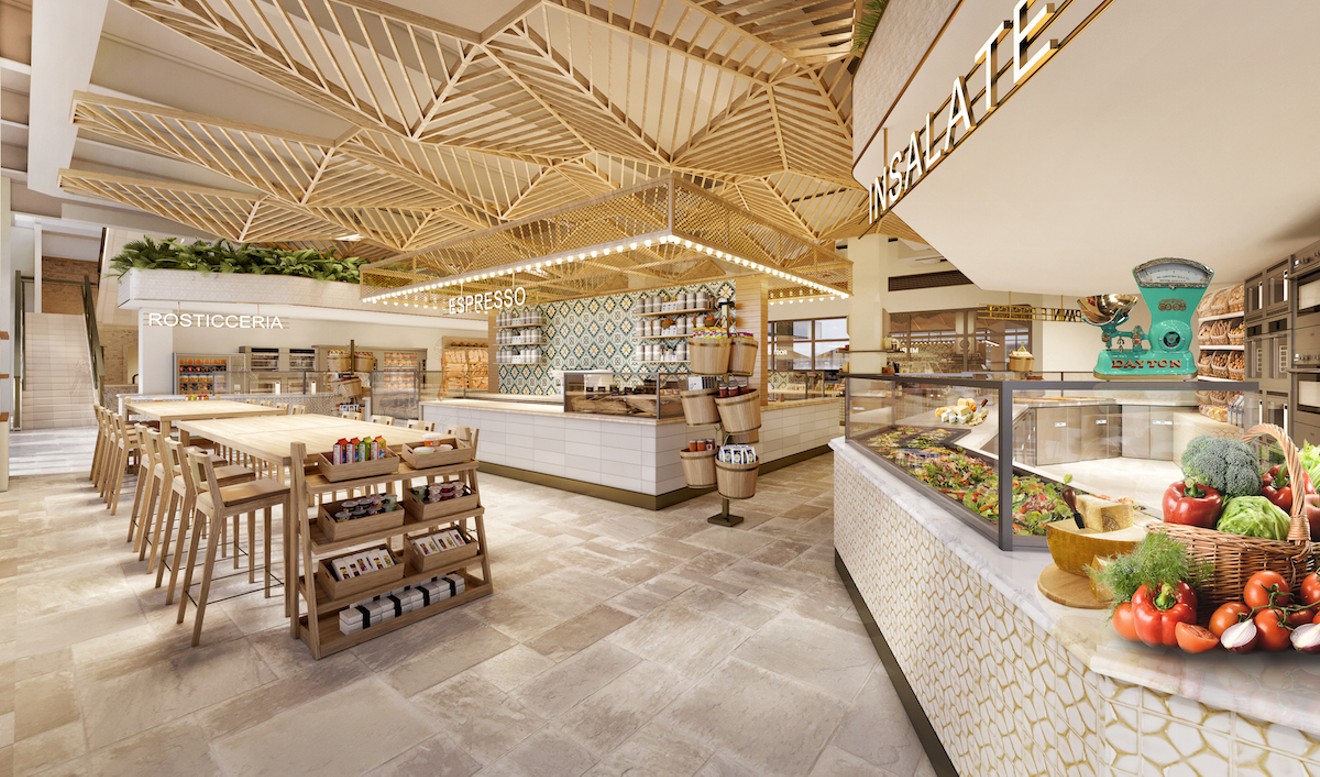 La Centrale's market. Courtesy of La Centrale
La Centrale, the Italian-themed food hall tucked into the billion-dollar Brickell City Centre, will include a handful of eateries that draw inspiration from different regions of Italy, along with a spot for Neapolitan pizzas and a 5,000-square-foot grab-and-go café replete with cheeses, breads, and all manner of Italian products.

The portion of the food hall dubbed Pesce will draw from the region of Liguria and its Mediterranean seafood influences, while spaces called Stagionale and Carne will pull from Veneto and Chianti, respectively. Finally, a sprawling space called Enoteca will feature walls filled with wine as well as La Cucina: a dedicated kitchen event space for cooking classes, book signings, guest chef takeovers, and wine tastings.

The building will include space for 16 stalls ranging in size from 119 to 500 square feet with 94 indoor seats and 132 outside. There will also be a rooftop bar; however, Terranova has yet to announce who will fill all of these spaces.

Other forthcoming food halls are also slated for Miami Beach, including one by Time Out, and Little River, where the Citadel is set to be built. There are also rumors of an Asian food hall coming to Wynwood.