Wynwood Has a New Sandwich Shop With a Hidden Speakeasy 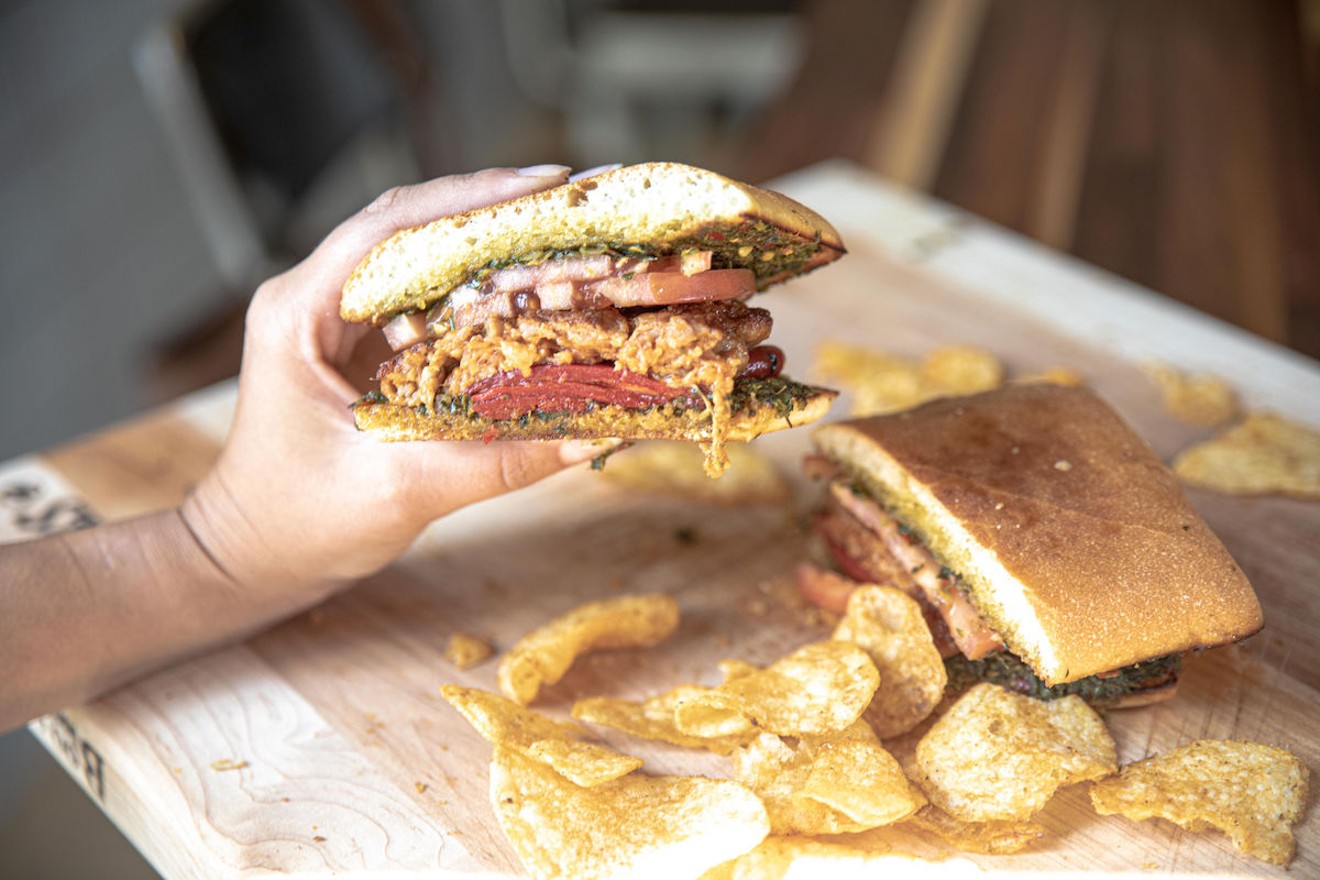 A "Brisket Reuben" from the Mad Butcher, one of ten sandwiches on the menu. Photo courtesy of the Mad Butcher
A new establishment has opened at the northern edge of Wynwood, and it's one that literally qualifies as more than meets the eye.

"We wanted something that gave a nostalgic vibe, from the 1960s photo booth to the butcher shop elements, to give the space that feeling of being in an old-school deli," explains Coig, the Miami-based restaurateur behind Le Chick, also in Wynwood. "From there, we created the contrast of going from that clean, bright space to something dark and elegant."

By day, the subway-tiled deli offers patrons a chance to explore ten or so gourmet sandwiches in a fast-casual environment. If nighttime visitors wander past the bathrooms, they're treated to an entirely different atmosphere.

Those who venture through the black plastic butcher-style curtains will find themselves in a metal-walled room bathed in red light. A faux meat slab hangs at the center, and there's a walk-in cooler door at the far end. The secret entry opens into a cozy, disco-lit, 1970s-inspired hideaway, complete with orange velvet banquettes and a giant disco ball at its center. Called "The Club," it's open Wednesday through Saturday evenings.

But it all starts with the sandwiches.

"We wanted to journey into the world of gourmet sandwiches and began developing a menu to include some of the most popular sandwiches across the world," says Wood, who partnered with fusion cuisine pioneer Norman Van Aken on many of his restaurants. "Pretty much every culture has its own quintessential sandwich, as well as across the U.S. Our goal was to have one bite be perfect — every element has to hit." 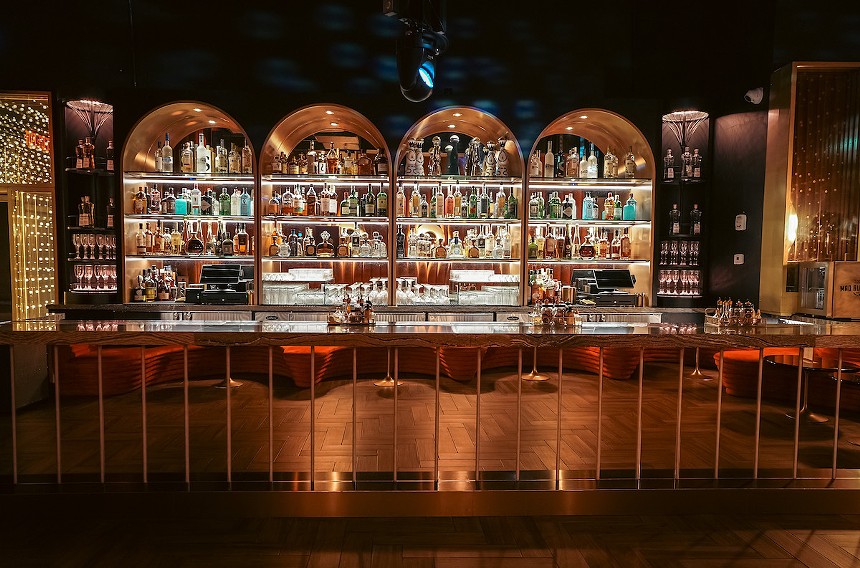 The Mad Butcher marries an all-day sandwich shop with a speakeasy-style bar venue in the back.
Photo courtesy of the Mad Butcher
The partners brought on Venezuelan chef Saverio Stassi to create the sandwich menu, from the restaurant's custom-baked bread to the house-smoked meats, condiments, and more.

Priced from $15 to $18, sandwiches include the "Reuben Brisket," made with 12-hour smoked brisket, sauerkraut, Swiss cheese, and mayo; a Tennessee fried chicken; a grilled pork tenderloin bánh mì; a cubano; and the "Español," made with Cinco Jotas jamón iberico, Manchego cheese, dried tomatoes, and garlic-infused olive oil.

"Collectively, we've had the privilege to watch Miami's evolution, and that's part of the reason we knew what was missing," Wood sums up.

The Mad Butcher. 2300 NW Second Ave., Miami; madbutcher.com. Sunday through Tuesday 11 a.m. to 11 p.m., Wednesday through Saturday 11 a.m. to 2:30 a.m.
KEEP MIAMI NEW TIMES FREE... Since we started Miami New Times, it has been defined as the free, independent voice of Miami, and we'd like to keep it that way. With local media under siege, it's more important than ever for us to rally support behind funding our local journalism. You can help by participating in our "I Support" program, allowing us to keep offering readers access to our incisive coverage of local news, food and culture with no paywalls.
Make a one-time donation today for as little as $1.