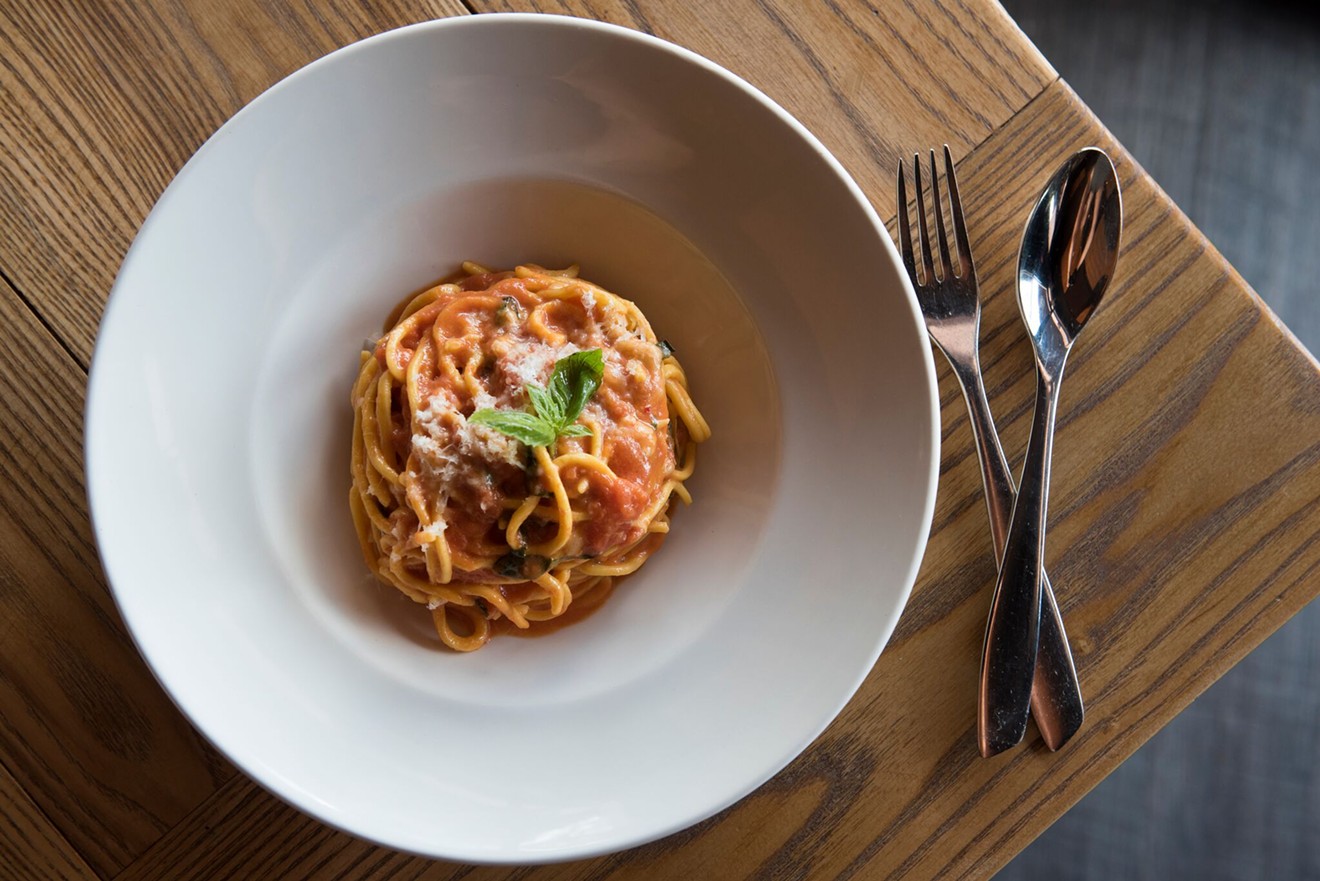 Courtesy of Macchialina
Coral Gables is set to get some of Miami-Dade's best pasta.

The real-estate firm the Allen Morris Company announced the restaurant recently signed a lease for a space at Alhambra Towers. Located at 121 Alhambra Plaza, the building boasts a back-up generator, hurricane-proof windows, and an Energy Star certification. It's the world headquarters for Del Monte, the Bacardi North America Regional Office, and home to more than 150 regional and Latin American multinational corporations, according to the Allen Morris website.

Macchialina Coral Gables will be exponentially larger than the intimate flagship in South Beach. The new location will occupy 5,400 square feet and offer a 3,000-square-foot patio.

Pirolo confirmed the news, saying that the opening was "still a ways away" but that he was "excited to be joining the community out there." He did not give an expected opening date.

No word yet whether the menu will incorporate new dishes.

The original Macchialina was named Best Restaurant in South Beach in 2013 and 2018 and Best Italian Restaurant in 2017 by New Times.

Macchialina Coral Gables. 121 Alhambra Plaza, Coral Gables; macchialina.com. Opening date to be announced.
KEEP MIAMI NEW TIMES FREE... Since we started Miami New Times, it has been defined as the free, independent voice of Miami, and we'd like to keep it that way. With local media under siege, it's more important than ever for us to rally support behind funding our local journalism. You can help by participating in our "I Support" program, allowing us to keep offering readers access to our incisive coverage of local news, food and culture with no paywalls.
Make a one-time donation today for as little as $1.