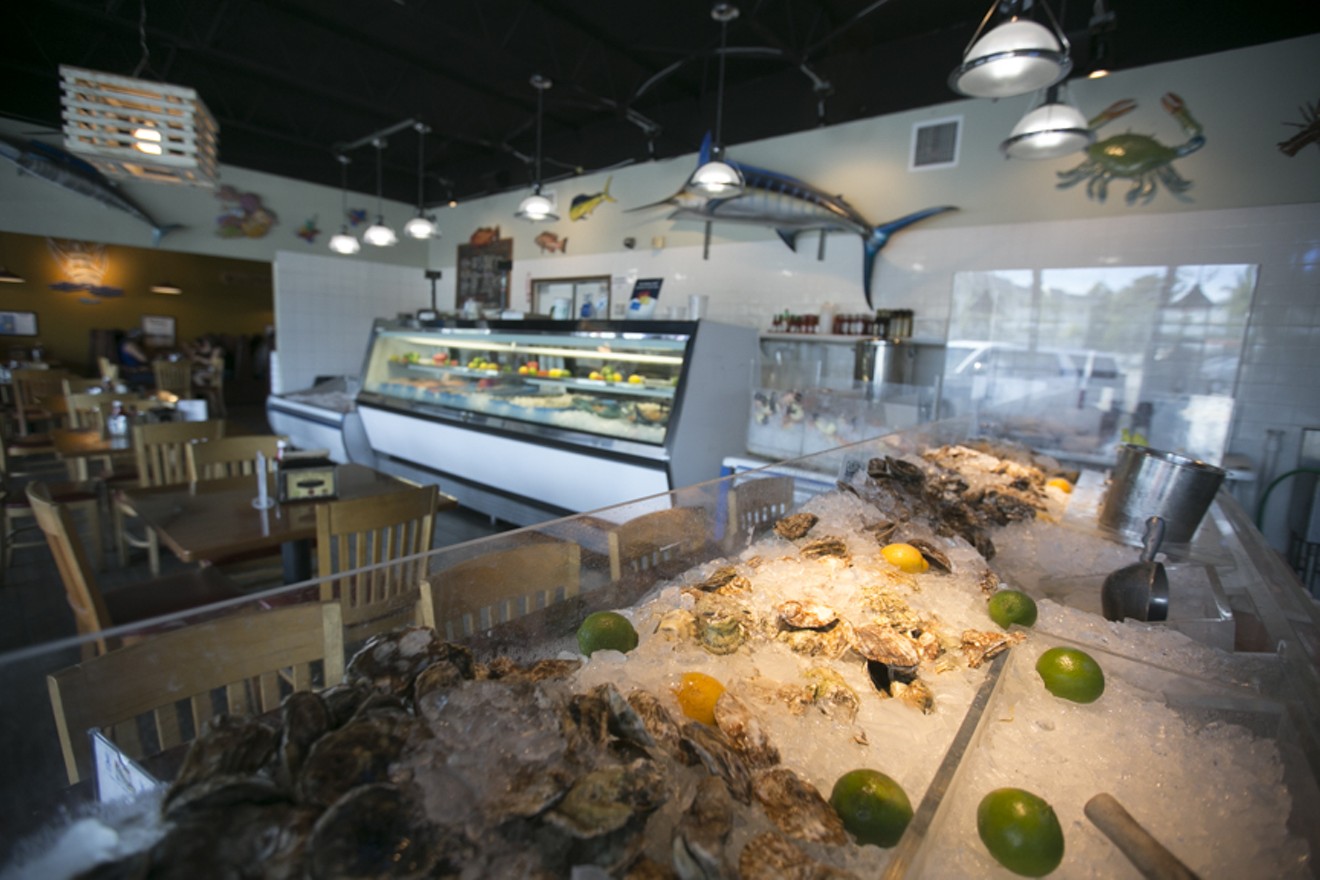 The deal was finalized yesterday with Garcia acquiring the iconic business for an undisclosed sum.

According to former owner Jeffrey Ross, the eatery has been closed for several months for reasons mostly related to Hurricane Irma, including a difficult stone crab season.

Garcia hasn't disclosed a reopening date, but did tell New Times he plans on keeping the Captain Jim's name and original concept as a place for locals to get fresh seafood.

Garcia, whose family has been in the seafood and restaurant business for generations, says he plans on sourcing seafood for Captain Jim's from the same fishing boats his family has used for decades.

Under Garcia's helm, the restaurant will be the main focus of the establishment, but there will also be a seafood market component where locals can purchase local catch.

Though the restaurant has been closed for weeks, it hasn't lost momentum with families who have flocked to the restaurant to eat fresh fish for years. Former owner Ross shared that he still gets about 70 calls a day from customers eager to know when the eatery and market will reopen.

As for Ross, the career restaurateur says he plans to open another establishment — possibly in the MiMo District. The concept of the proposed eatery is still being worked out. As Ross says, "We're blessed with . But no seafood. Never again."