Grovetoberfest 2017: The Best Beers to Drink This Fall

See more phoros of Grovetoberfest 2017 here. Michele Eve Sandberg
Grovetoberfest returned to Coconut Grove this past Saturday with more than 100 brewers pouring hundreds of beers. The lively event, held in Regatta Park, was a good way for newly opened establishments such as NightLife Brewing Co. and Bousa Brewing Co. to show off their beers alongside South Florida veterans like Concrete Beach and M.I.A. Beer Company.

Once again, local breweries continue to impress with barrel-aged stouts, sours made with local fruit, and hoppy IPAs. Even with a plethora of beers to choose from, there are always standouts. Here are the beers and beverages to thirst for. 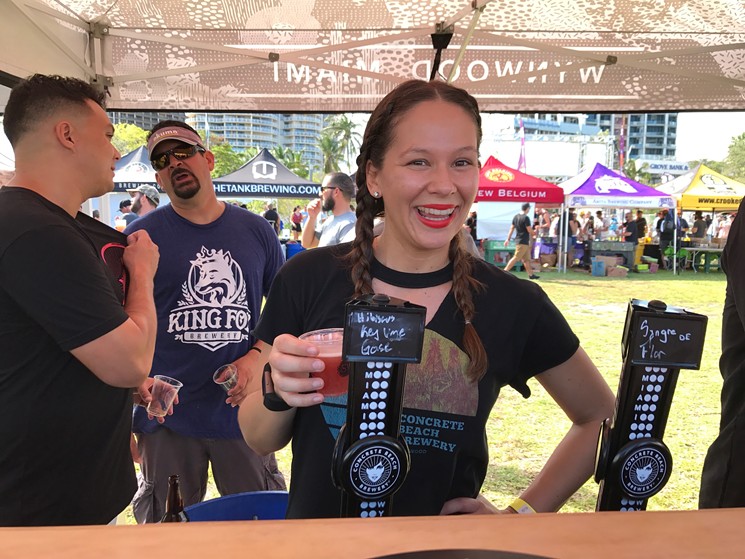 Laine Doss
Concrete Beach hosts an annual What Brews You contest, where homebrewers send in their most interesting ideas for beers in the hopes of seeing their beers made by a professional brewery. This year, Jarrett Walsh won for his Hibiscus Key Lime gose, poured at the festival. The rose-hued beer is slightly tart and immensely drinkable on a warm weekend afternoon. It's available at the brewery for a limited time. 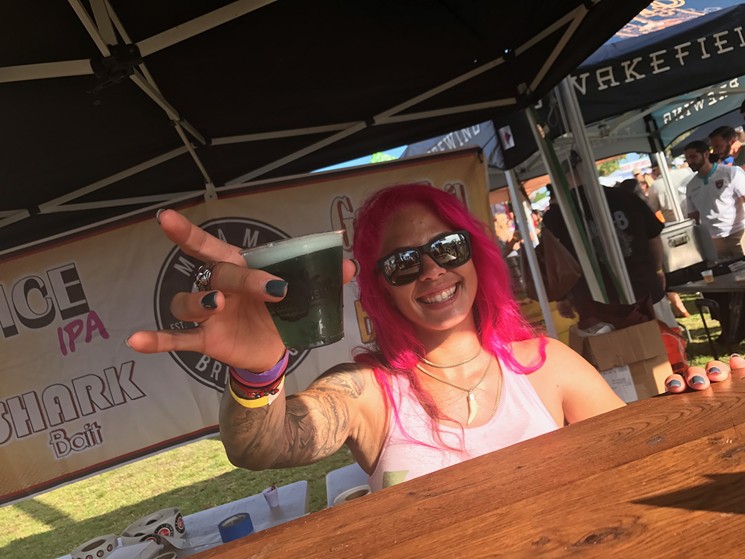 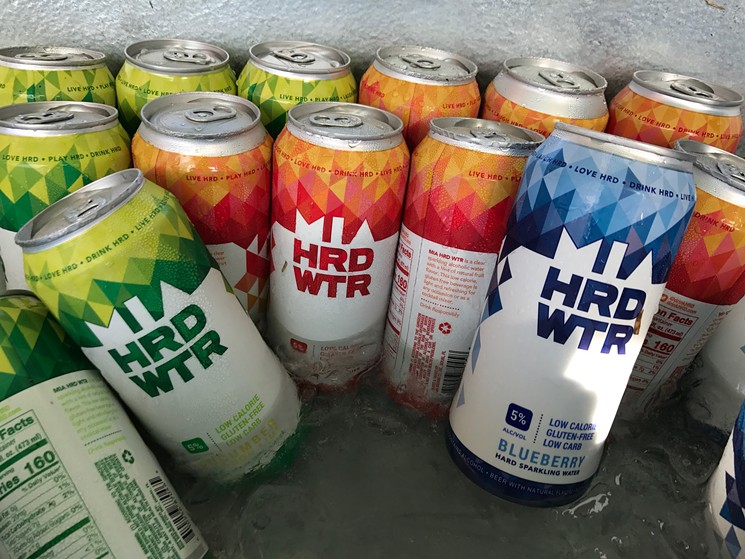 Laine Doss
M.I.A. Beer Company's HRD WTR is a naturally flavored sparkling water with 5 percent ABV. It's great by the pool or on a boat. Blueberry, grapefruit, and cucumber lemongrass were served at the festival. The beverage is also gluten-free, low-calorie, and low-carb. 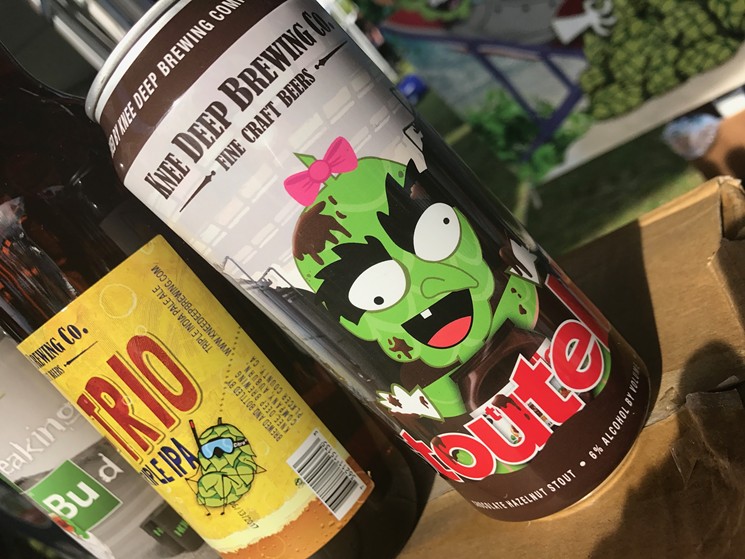 Laine Doss
Who doesn't love Nutella? A blend of chocolate and hazelnut, this Italian treat is perfect on crepes and as a beer. Knee Deep Brewing Co.'s Stoutella has a nutty aroma and a rich chocolate taste. It's dessert for grownups. 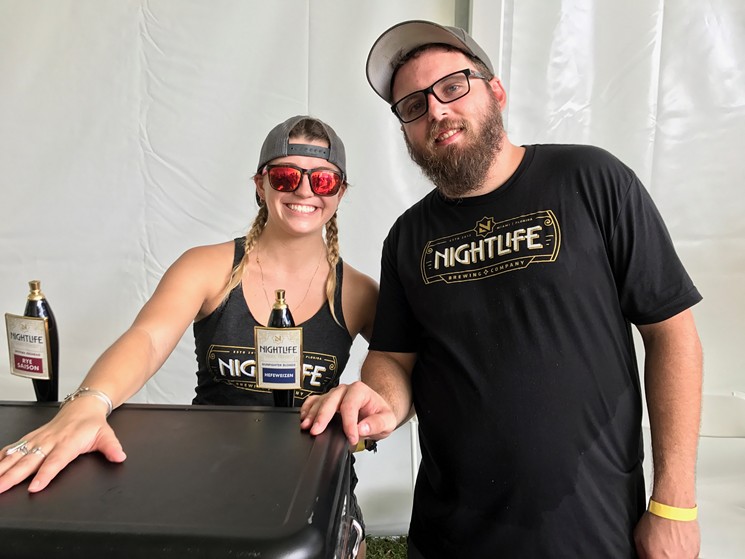 Laine Doss
Nightlife Brewing Company just started pouring its own beers, and though the selection is limited, the brewery, adjacent to Marlins Park, is off to a good start. A classic Hefeweizen is well balanced between sweet and tart, and a red Saison gets a bit of a bite with rye. 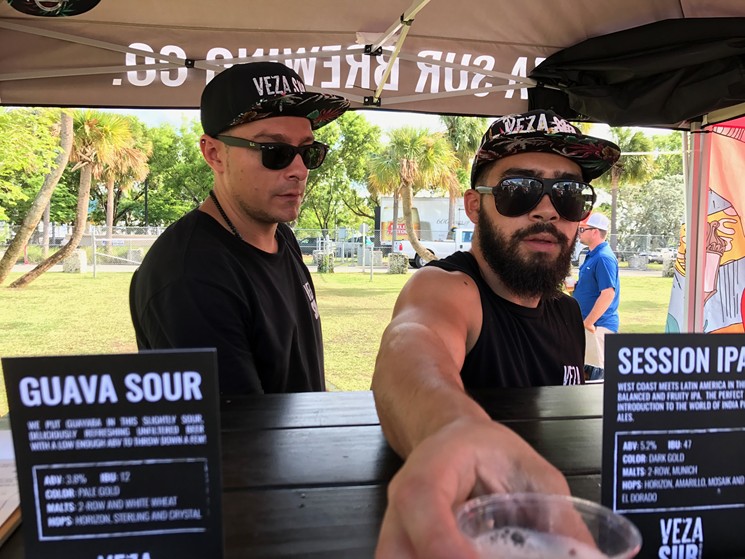 Laine Doss
Wynwood's Veza Sur poured a lively and flowery guava sour. With a low ABV, it's a great porch-pounder with tropical notes and a nice peach hue. 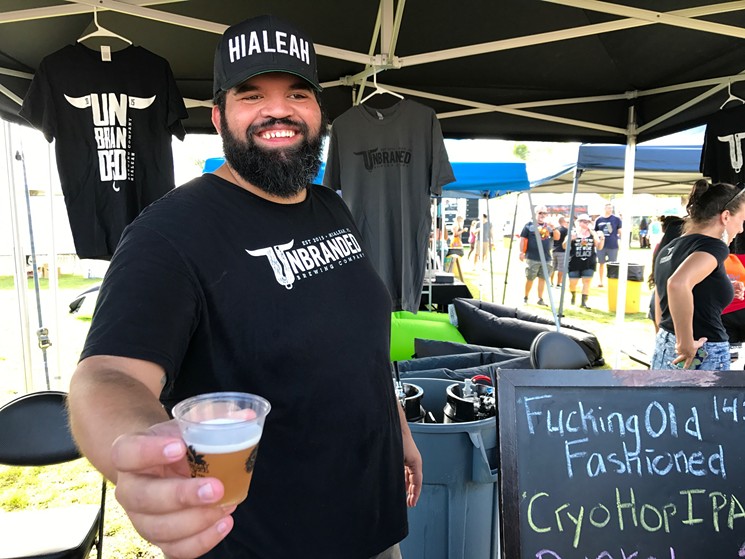 Laine Doss
With heady notes of bourbon, Unbranded's Fucking Old Fashioned is as close as you'll get to a sippable cocktail in beer form. Unbranded plans to open a Hialeah brewery in the coming months, so catch the brewers around town at beer events until then.