3 Sons Brewing Co. founders Corey and Joe Artanis Photo courtesy of 3 Sons Brewing Co.
A dozen years ago, you would have been hard-pressed to find a locally brewed beer anywhere in South Florida.

These days, South Floridians are lucky to be living in a beer lover's paradise, where passionate local brewers craft a seemingly endless variety of IPAs, lagers, and experimental brews. A growing list of independent brewhouses are making some truly incredible suds, and while some breweries like to keep it traditional and true to style, others are working with unusual flavors and brewing methods.

Some you can find in bottles or cans at your local grocery or liquor store. Others are mainstays on draft at each respective taproom, and possibly some of your favorite area bars and restaurants.

No matter which way you pour it, however, they've each helped make South Florida a better place for great craft beer. So, raise a glass to Broward County's ten best breweries, listed in alphabetical order: 236 N. Federal Hwy., Dania Beach
954-601-3833
3sonsbrewingco.com
3 Sons Brewing Co. founder/brewer Corey Artanis made his debut on South Florida's craft-beer scene with his over-the-top, dessert-inspired stouts, creating a following that was thirsty for more. After several years as a nomad brewer, Artanis opened 3 Sons — named for his three boys — in the heart of Dania Beach. While the brewer remains well-known for his intensely flavored, barrel-aged imperial stouts, beer enthusiasts flock to his taproom for a taste of a wide variety of beer styles. That means you can find just about anything to pair with a meal on a daily draft lineup that runs the gamut from a lightly hopped, easy-drinking, American-style rice lager dubbed "Rice Crispy Bois" to intensely fruited sours so thick they pour from the can or tap line with a creamy, smoothie-like consistency. The in-house kitchen prepares food that's just as crafty and small-batch as the beer, from Neapolitan pizzas to tacos and dashi butter chicken wings. 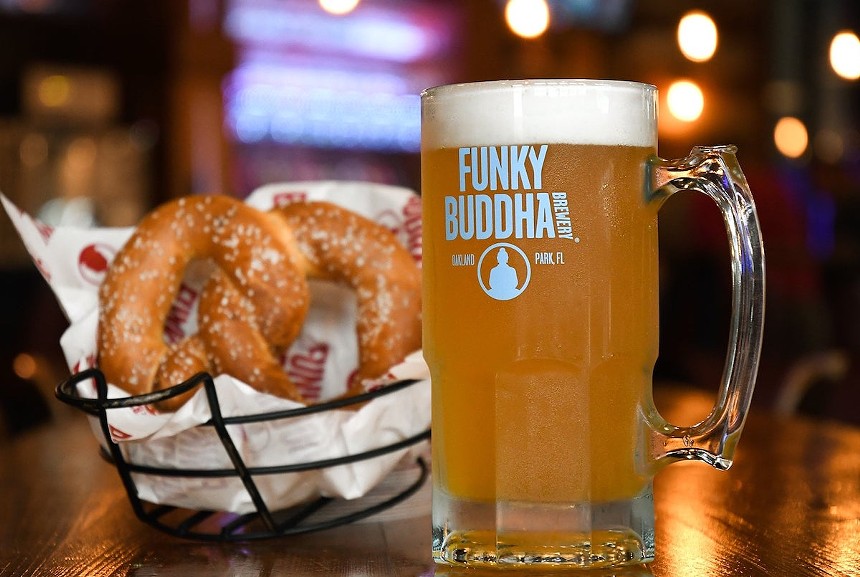 1201 NE 38th St., Oakland Park
954-440-0046
funkybuddhabrewery.com
When it came on the scene in 2010, Funky Buddha Brewery was among the first Florida breweries to introduce food-infused beers to the suds-guzzling masses. And not just any food — an entire library of pop-culture fare. Fan favorites include a range of inspiration, from desserts and sandwiches to cocktails and spirits — even an agave-based hard seltzer — all riffed as part of Funky's ever-expanding and seasonally-rotating repertoire. That means key lime, sweet potato casserole, and peanut butter and jelly tart ales, and porters infused with maple, bacon, and coffee. Today, the production brewery and taproom in Oakland Park also houses the Craft Food Counter & Kitchen, whose fast-casual menu is the edible equivalent of the beer lineup with candied bacon, pretzels with dipping sauces, and bison sliders. 1105 NE 13th St., Fort Lauderdale
954-766-4842
gulfstreambeer.com
Gulf Stream Brewing Company owners Ty Eriks and McKay Ferrell are the two men behind one of Broward County's most beloved breweries. The brewery is crafting some of the best beers in the county. The good news: Offerings change weekly thanks to high demand and small batch releases. The bad news: Your favorite beer could be here one day, gone the next. Longtime favorites include "Siesta," a light-bodied Mexican-style lager full of flavor thanks to flaked corn, or one of several award-winning brews like the porter, a 2022 Best Florida Beer gold medal winner with notes of chocolate, caramel, and dark fruit. Hungry imbibers can also purchase food onsite via Pizzeria Magaddino, a family-owned and operated Neapolitan-style pizzeria located inside the brewery. 726 NE Second Ave., Fort Lauderdale
invasivespeciesbrewing.com
Invasive Species is, without a doubt, South Florida's most "Florida" brewery, from the one-of-a-kind museum of natural history-meets-urban warehouse taproom to its rather large array of taxidermy. The high draft beer menu covers everything from easy-drinking lagers and hop-bombed IPAs to fruit-infused sours and tropical drink-inspired hard seltzers. Expect a buzzy scene inside, or a more quiet atmosphere on the outdoor patio out back. Hungry? A permanent food truck serves up food alongside the 20 tap lines that pour a constantly rotating selection of brews. Don't miss the "Ninja Juice," an ale brewed using almost 50 percent rice in place of traditional grains and fermented with sake yeast. 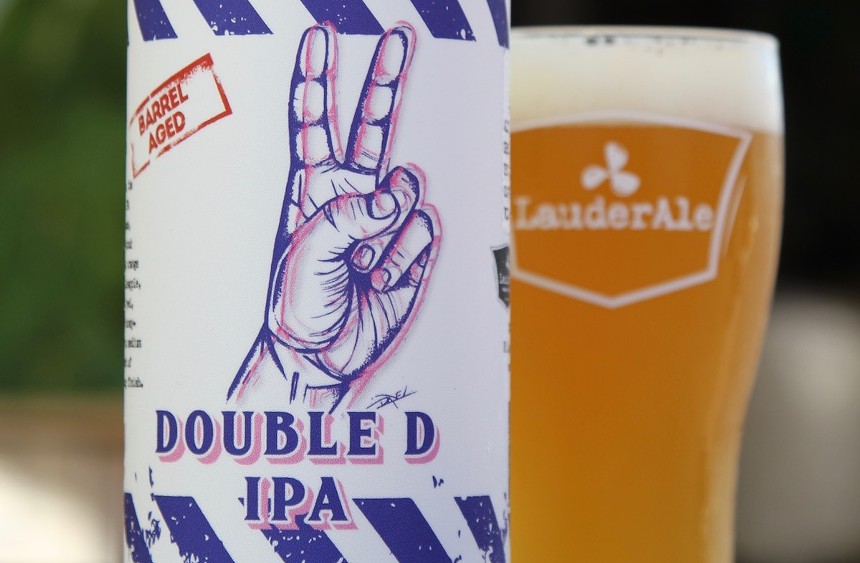 3305 SE 14th Ave., Fort Lauderdale
954-653-9711
lauderdale.co
Nestled in a secluded marine-industrial warehouse district between Port Everglades and Fort Lauderdale-Hollywood International Airport, LauderAle cultivates a unique community of craft-beer enthusiasts looking to chill out in a rustic atmosphere. Its taproom was built by owners Joey Farrell and Kyle Jones using reclaimed wood and recycling materials, and the brewery's open-air taproom experience offers a quiet garden-inspired reprieve for pet lovers who desire to bring their furry friends along for a beer. A rotating draft list offers up numerous authentic handcrafted ales with longtime flagship favorites like the "La Niña" cream ale aged on local mangos and habanero peppers; the "Double D" double IPA; or "Monkey Road Red" amber ale given a healthy dose of Simcoe hops. Rotating food trucks provide the grub, perfect to pair with a flight priced at $15 that lets you sample four five-ounce brews at once. 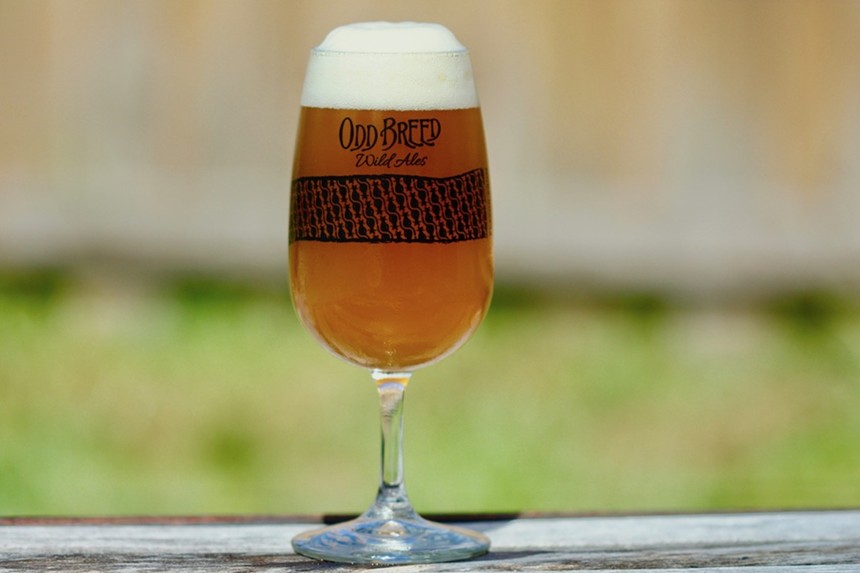 50 NE First St., Pompano Beach
754-220-6099
oddbreedwildales.com
Odd Breed Wild Ales is a Broward-based brewery specializing in American wild ales, a passion project by owner/brewer Matt Manthe. His intimate tasting room, located in Pompano Beach's industrial-like Old Town, offers the area's first and only brewing operation dedicated to producing barrel-aged wild ales, often dubbed "sours" for their unique tartness and best defined by layers of unexpected, complex flavors. The sour notes are the product of lactic, acetic, and other organic acids naturally produced during fermentation using locally-sourced yeast and bacteria. Like Odd Breed, many wild ale brewers also re-ferment with fruit, which adds layers of flavor and complexity to each beer. As a result, don't expect to find a familiar core lineup the likes you'll see at most local breweries, but instead a rotating selection of brews pulled from the barrels they're aged in for months to years. As a result, each is continually changing along with the wild yeast and bacteria that give each brew its unique flavor, although most offer a beautifully carbonated, discernible flavor profile that is distinctly Odd Breed. 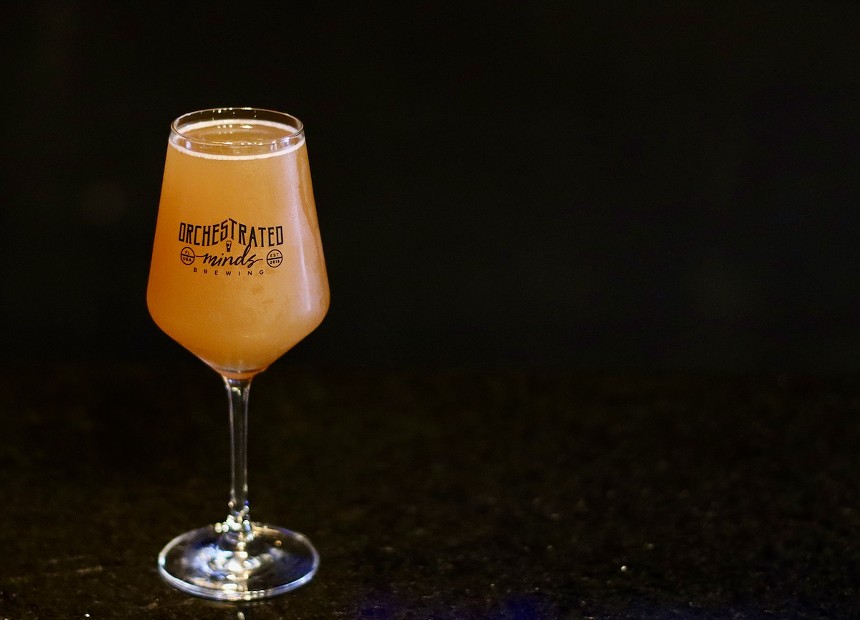 803 NW First St., Fort Lauderdale
954-530-6655
orchestratedmindsbrewing.co
After Davy Martin moved to South Florida in 2011, the self-described "hop head" was hard-pressed to find a solid local IPA to his liking. To remedy the dearth of options, he began home brewing. Today, his nano brewery stands as a grassroots effort that delivers a curated selection of small-batch beers. With hip-hop blasting from the speakers, the open-air ambiance is akin to sharing a cold one with your friends in the backyard, the ideal spot to sip some of Davy's most well-received beers. The brewer focuses on delivering true-to-style IPAs, simple sours, and roasty stouts that don't rely on the use of lactose or artificial extracts. That includes "Touch of Grey," an easy-drinking, low-ABV blond ale accented with Earl Grey tea that presents notes of orange and lime, inspired by Martin's trips to craft beer mecca Hill Farmstead in Vermont. For those hot summer days, try "Surfer's Tan," a refreshing take on an unfiltered German-style pilsner. 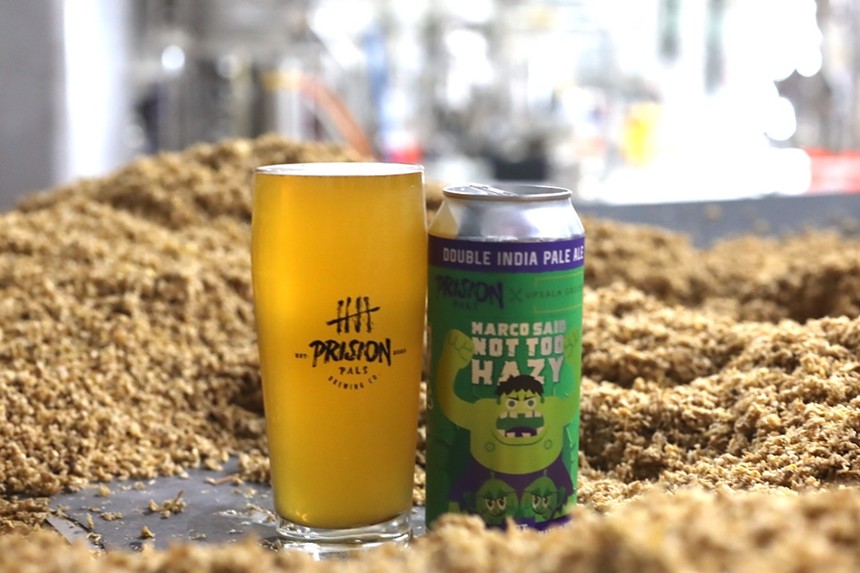 3555 N. Dixie Hwy., Oakland Park
prisionpals.com
Prison Pals Brewing Co. began as a passion project among founders Juan Pipkin, Diego Setti, and Bruno Laperchuk, a trio who hail from South America. Today, their Argentinian heritage is the inspiration behind many of their flagship beers, including the brewery's "La Colorada" Czech amber lager, "Dorada Pampeana" blonde ale, "D1OS" Mexican-style lager, "Lady Bee" honey ale, and "Mega" hazy IPA. Other offerings, like their smoothie fruit sour series, are beers brewed specifically for a Miami audience. Find them all on draft at their Oakland Park taproom where a spacious outdoor courtyard presents the perfect beer garden ambiance to enjoy a cold beer any time of year. 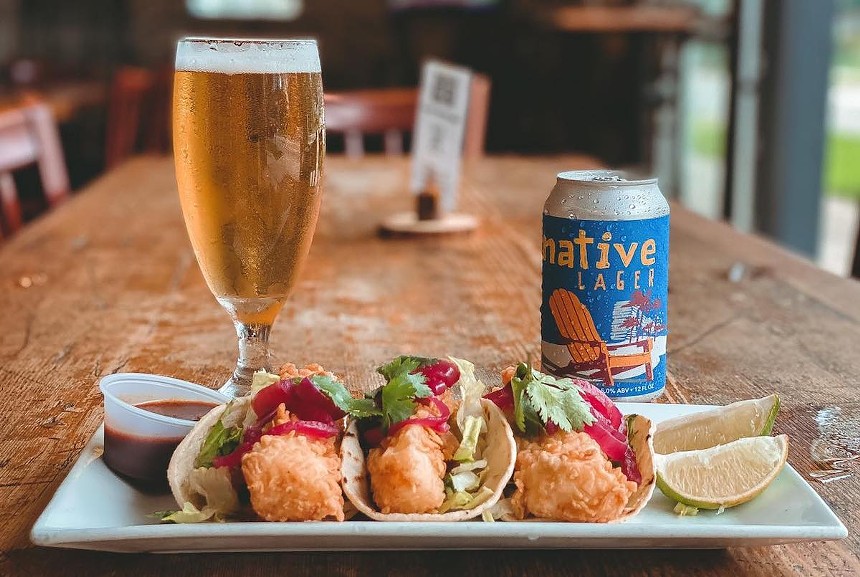 280 SW Sixth St., Fort Lauderdale
954-353-3193
tarponriverbrewing.com
When founders Julien and Lisa Siegel — proprietors of craft beer bar mecca Riverside Market and Craft Beer Cartel — partnered with Native Brewing founder Adam Fine and TRP's Tim Petrillo, it was a craft beer project made in heaven. The brewhouse itself is Old Florida, part of it constructed in the early 1920s as the Snyder Stables, which housed the horses that paved the roads that helped urbanize the city. As a result, the taproom offers a distinct design that includes its own 1,000-square-foot "house" — a perfect setting to enjoy the brewery's in-house food and beer. Here, you'll find a wide range of pub-grub favorites, from a "big ass" pretzel with beer cheese to Buffalo fried cauliflower to a PB&J Burger to fried fish tacos. Pair your meal with a beer from any of the brewery's 16 taps. 3944 NW 19th St., Lauderhill
754-223-2198
yeastybrews.com
Yeasty Brews cofounders and partners Denielle Mizrahi and Daniel Pfaffenbach recently opened their nano brewery — named for the funky strains of yeast that make each style of beer so unique — in Lauderhill. The partners' three-barrel system produces a variety of styles. The common thread: Each is brewed to highlight a particular strain of yeast, accented with the addition of fresh, local, tropical fruits. The 3,000-square-foot taproom offers beer-friendly eats including flatbreads, grilled cheese, paninis, and vegan empanadas. Like the beer, everything is prepared in-house.
KEEP MIAMI NEW TIMES FREE... Since we started Miami New Times, it has been defined as the free, independent voice of Miami, and we'd like to keep it that way. With local media under siege, it's more important than ever for us to rally support behind funding our local journalism. You can help by participating in our "I Support" program, allowing us to keep offering readers access to our incisive coverage of local news, food and culture with no paywalls.
Make a one-time donation today for as little as $1.