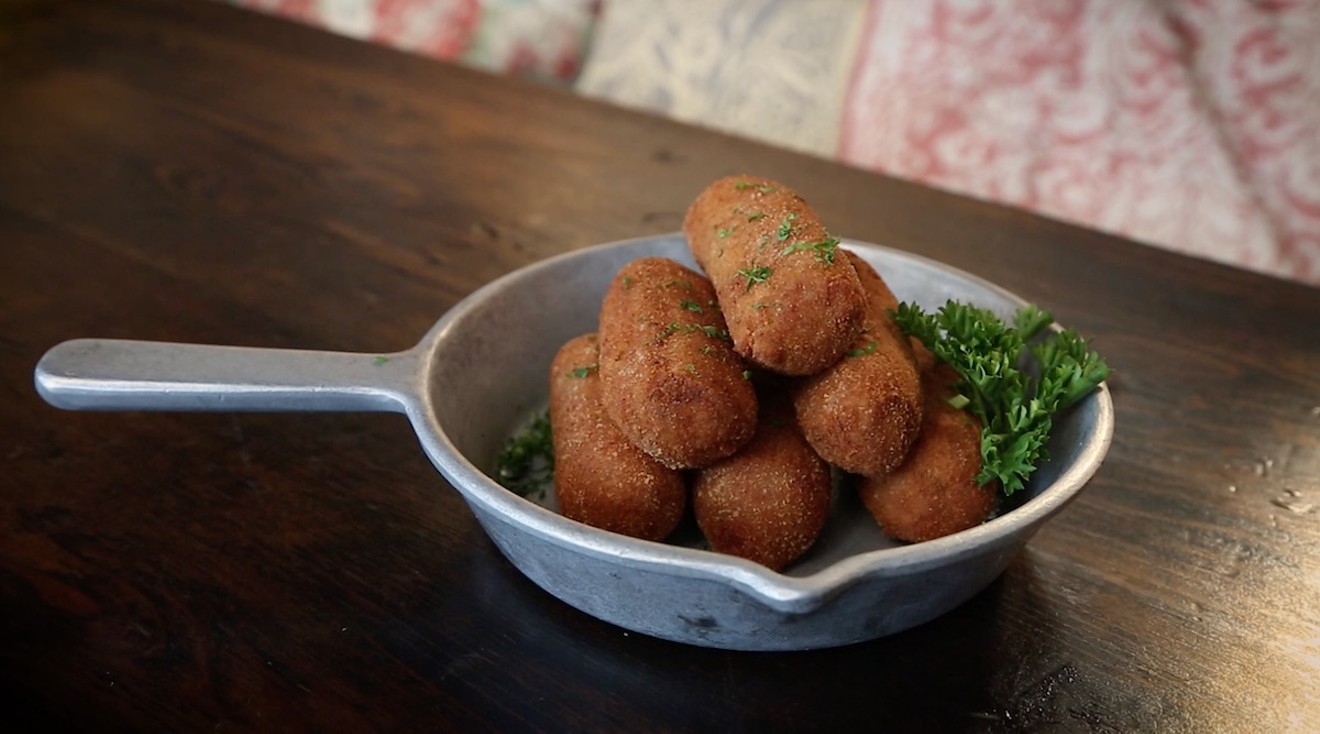 Watch out, Miami croqueta makers: Eileen and Jonathan Andrade will take you down.

The siblings behind Finka Table & Tap are on a mission to win this year's Croquetapalooza with their secret weapon: an arroz con pollo version of Miami's favorite snack. The event, set to take place Friday, August 25, at Magic City Casino, will see 15 of the city's best-loved restaurants competing for the title of Miami's best croqueta maker.

Croqueta making, by the way, is in the Andrades' DNA. Long before Eileen and Jonathan were born, their grandfather was making the fried snacks in Cuba and then at the family's Miami restaurant, Islas Canarias. When Jonathan turned 21, it was time for him to learn the family recipe for the perfect croqueta. Though he was sworn to secrecy, he does share some of the ingredients that go into what many Miamians consider the most delicious croquetas in the city: ham, onions, milk, nutmeg, garlic, parsley, and passion.

Another thing that sets these croquetas apart is the quality. You won't find frozen croqueticas at either Islas Canarias or Finka. According to Eileen, the golden-hued morsels are made fresh daily.

So what exactly is behind Miami's obsession with croquetas? Croquetapalooza founder and Burger Beast blogger Sef Gonzalez says it's part culture and part deliciousness. "It's the ultimate Miami finger food, and so many of us have grown up with them."

Gonzalez says he'd love nothing better than for the Andrades to win this year's title, but it's out of his hands. "I'm a big fan of theirs, but it's completely up to the judges and the public." He does have one bit of advice for the competitors: "The winning croquetas are always the ones steeped in the past, with a few upgrades."