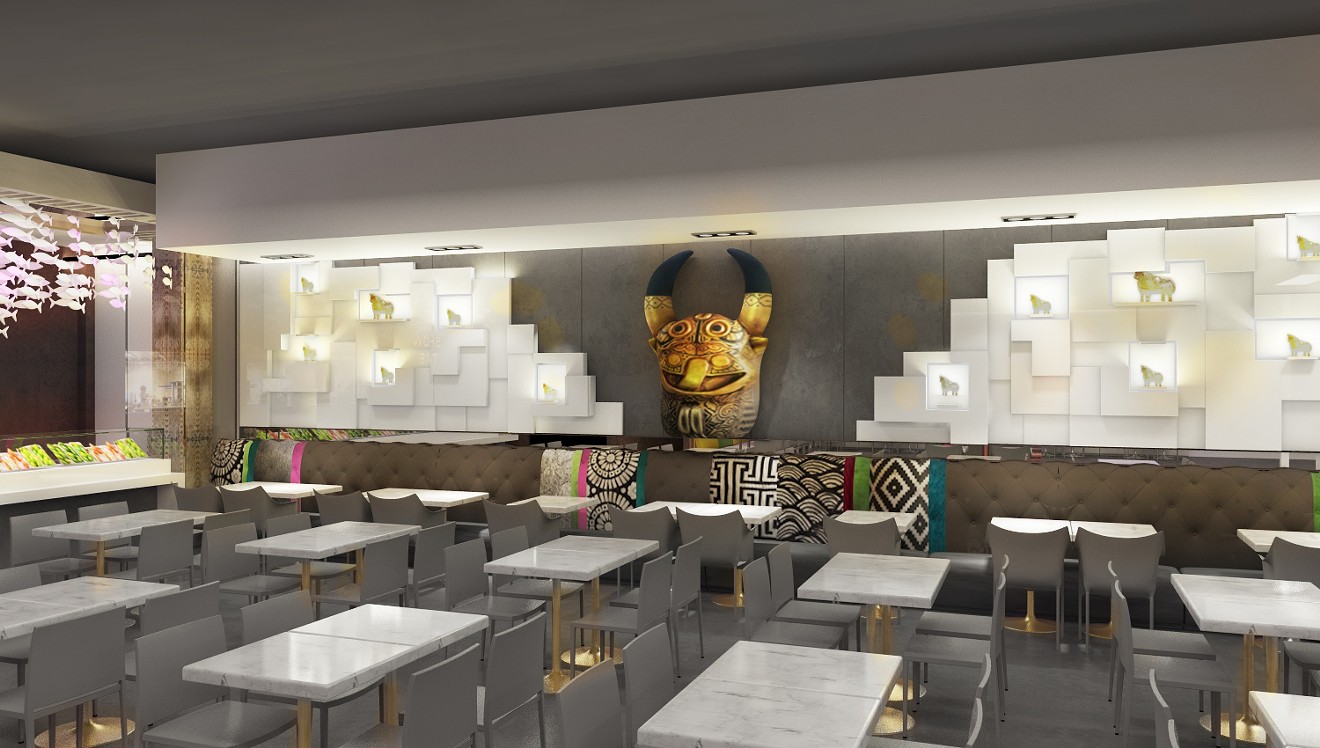 The restaurant is now open inside Aventura Mall. Courtesy of CVI.CHE 105
Aventura Mall is in the midst of a restaurant renaissance. Numerous concepts, including My Ceviche, Zuuk Mediterranean Kitchen, Poke 305, Hank & Harry's Delicatessen, and Shake Shack, will debut in the mall's 315,000-square-foot expansion wing. There will also be standalone eateries such as Tap 42, Genuine Pizza, and Rosetta Bakery.

This Friday, December 1, Cvi.che 105, a popular Peruvian restaurant in downtown Miami and South Beach, will open on the ground floor of the new three-level wing. The eatery will offer indoor and outdoor seating and a large bar stocked with wine, beer, and spirits.

The locally grown concept, which was launched in 2008, offers nearly two dozen ceviches and tiraditos, along with a sizable selection of mixed seafood, chicken, and meat dishes.

The menu will offer well-known plates such as a ceviche trio flavored with virgin cream, yellow pepper cream, and rocoto cream ($32); arroz con pollo topped with cilantro and Peruvian pepper and served with salsa criolla ($10); lomo saltado, where steak, tomatoes, Peruvian yellow peppers and Arequipan onions are sautéed in a fiery wok and served with French fries and white rice ($16); and varieties of tacu-tacu, in which a bean cake is coated and served in a creamy sauce. Prices average around $15 to $35.

Cvi.che 105's opening coincides with the debut of Blue Bottle Coffee's second South Florida location, which opened November 24. Unlike its outpost in the Design District, the California-based java joint inside the mall is completely indoors. Located on the ground level, the shop is close to new shops such as Zara and Topshop/Topman.

The mall's Treats Food Hall, which includes various outdoor terrace spaces, as well as surrounding restaurant additions, should be completed in winter 2018. The hall joins about a half-dozen others scheduled to open in Miami-Dade, including La Centrale in Brickell City Centre, the Citadel in Little River, St. Roch Market in the Design District, and the Wynwood Food Hall.