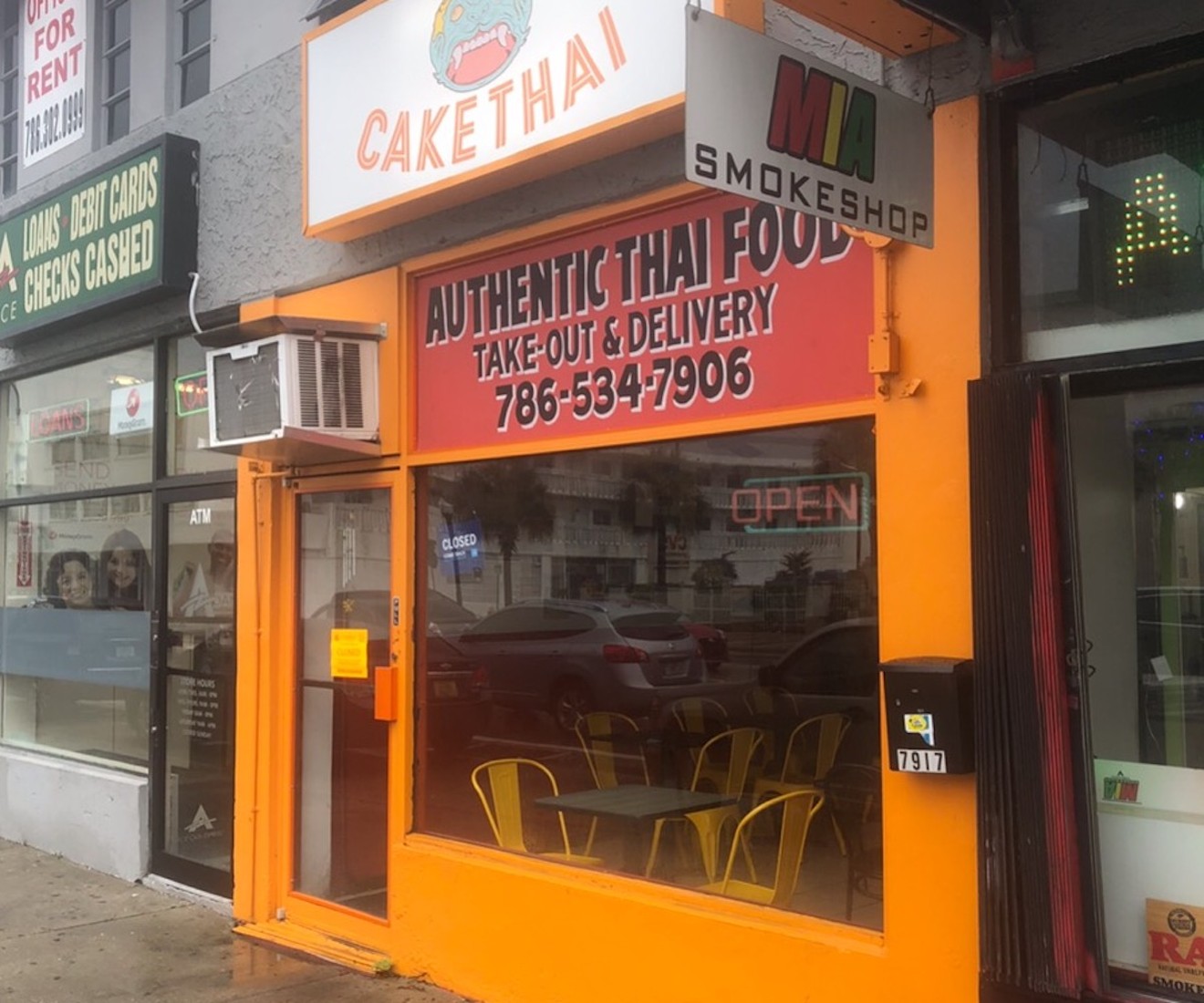 Sign posted at Cake Thai Kitchen. Cede Davis
Update: As of June 18 at 2 p.m., Cake Thai Kitchen's chef/owner Phuket Thongsodchareondee, has notified New Times that the issues found by the Florida Department of Business and Professional Regulation have been resolved and the restaurant has reopened for business.

Among the more than 15 code violations: roach activity as evidenced by a number of live cockroaches.

Inspectors reported one high-priority violation, defined as one that contributes directly to food-borne illness, which led to the restaurant's immediate shutdown. According to the report, inspectors "observed approximately seven live roaches crawling on reach in cooler gaskets in back kitchen... and approximately eight live roaches in a trap on  next to plates as well as one live roach crawling on a container with sugar in back."

An emergency closure occurs when the state's Division of Hotels and Restaurants director determines there is an immediate threat to the public — enough so that the establishment must stop doing business and the operating license is suspended to protect public health, safety, or welfare.

Typically, a 24-hour callback inspection will be performed after an emergency closure or emergency suspension of license. The establishment may reopen only when a division inspection shows all critical violations that caused the suspension are corrected.

A summary of the violations found during the June 17 inspection included three intermediate violations and 13 basic violation, such as in-use utensils that were stored in standing water less than 135 degrees Fahrenheit; a microwave soiled with encrusted food debris; no paper towels, mechanical hand-drying device, or soap provided at the employee hand-wash sink; and a spray bottle containing a toxic substance that was not labeled.

Chef/owner Phuket Thongsodchareondee did not immediately respond to New Times' requests for comment. This story will be updated as more information becomes available.

Cake Thai Kitchen. 7919 Biscayne Blvd., Miami; 786-534-7906; facebook.com/cakethaikitchen.
KEEP MIAMI NEW TIMES FREE... Since we started Miami New Times, it has been defined as the free, independent voice of Miami, and we'd like to keep it that way. With local media under siege, it's more important than ever for us to rally support behind funding our local journalism. You can help by participating in our "I Support" program, allowing us to keep offering readers access to our incisive coverage of local news, food and culture with no paywalls.
Make a one-time donation today for as little as $1.