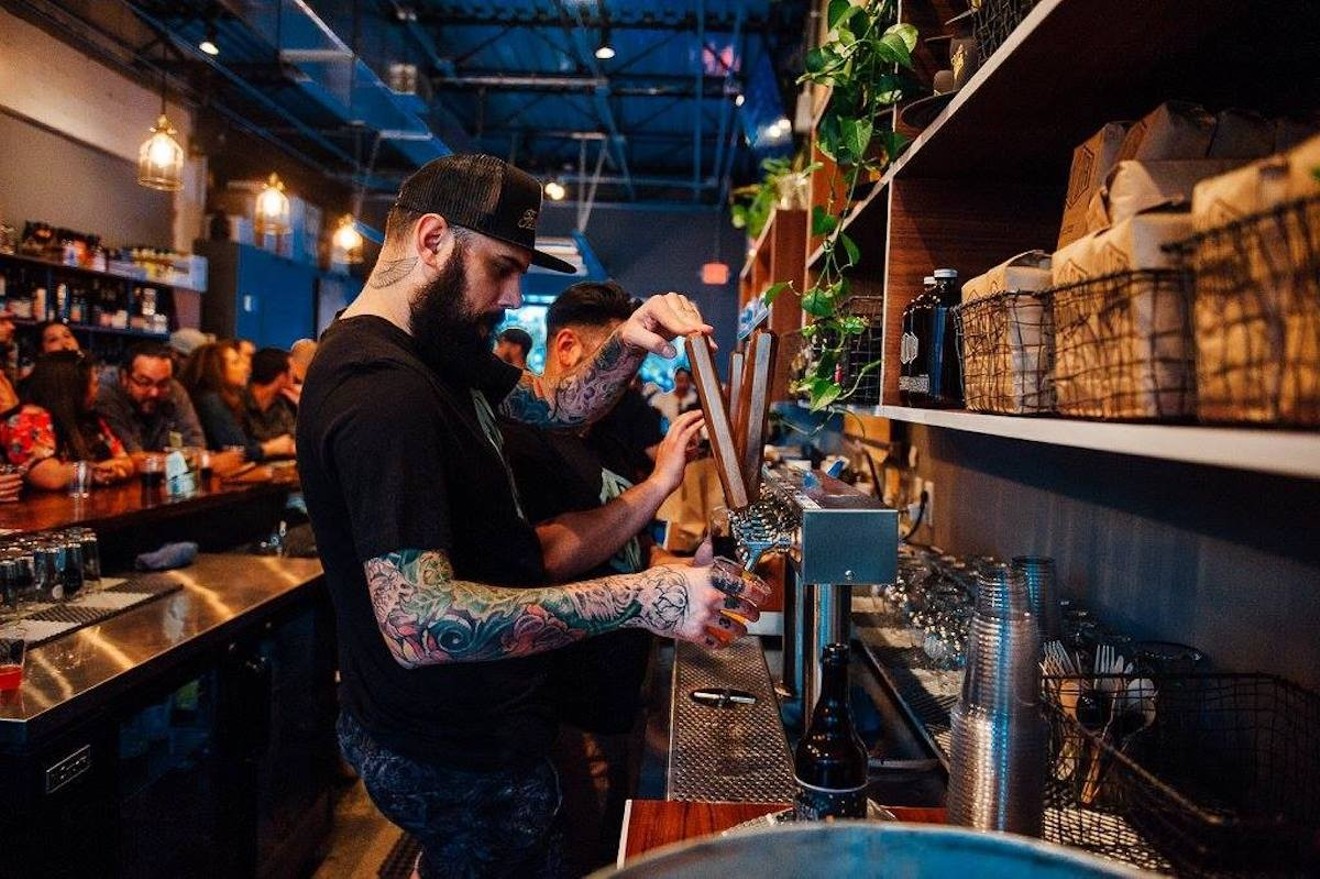 The couple was living in New York and wanted to return to the sunshine of Miami. "We didn't think too long about it. We just scraped the money together and made it happen. And I think it was a success," Adam Darnell remembers.

Boxelder was much more than a beer bar. It was a starting point for many small businesses that would become successful in their own right, including U.S. Burger Service, Square Pie City, and Steve Santana's Super Good Chicken.

Now, after five years, the Darnells are ending Boxelder Wynwood's chapter — and opening others.

In 2019, the Collective, a London-based developer, purchased the property the Darnells leased and announced plans to build a multistory co-living structure on the site. According to the Next Miami, the completed project is slated to contain 180 residential units, 70 lodging units, retail space, and a rooftop pool. With plans moving forward, the Darnells were given notice to vacate.

Adam Darnell says the notice came as no surprise.

"Our lease was structured that we would be given notice," he says, then adds, "still it's a double-edged sword."

Darnell gives the Collective credit for helping his bar weather the pandemic.

"We've been dealing with the Collective throughout COVID," he says. "They've been outstanding and I really don't think we would have been in business if they hadn't been so good to us."

Though he and Nicole will miss Wynwood, Adam notes that the neighborhood isn't the same as it was when they moved in.

"It's sad to move on from a place that was so good to us, but the neighborhood we opened in doesn't exist anymore," he says. "There's a Foot Locker a block away."

And it's not as though the Darnells have nothing to do.

Offsite, a taproom and restaurant in partnership with Taquiza's Steve Santana two years in the works, is nearing completion and slated to open as early as the end of September.

Darnell says he was on vacation in Europe when he got the news that the city had issued Offsite's certificate of occupancy — a crucial final hurdle for any establishment on the path to opening. Thomas Conway, who owns the new venture's location at 8250 NE Second Ave. has been great to work with, he says, adding, "He's more like a partner to us."

Boxelder, too, will go on. Though he's not ready to share details, Darnell promises that a new incarnation of the craft beer bar will open in downtown Miami by the end of 2021.

Moreover, he and Nicole are currently looking for yet another site to open a craft beer bar.

"We started looking immediately, but Wynwood rents are outrageous," Darnell says. "I think we've landed on a few places where the property owners can feel more like partners than landlords. We're meeting to discuss the next steps."

Boxelder will remain open until October 31. The Darnells plan to host a party on October 30, followed by an informal hangout on Boxelder's back patio to mark the final day.

"Now that it's coming to and end, we can look back on all the good times we had and all the friendships we've made," he says, though he's quick to add that he and Nicole prefer to look ahead. "We're looking to the future.  We can't wait."

Boxelder Craft Beer Market. 2817 NW Second Ave., Miami; 305-942-7769; bxldr.com.
KEEP MIAMI NEW TIMES FREE... Since we started Miami New Times, it has been defined as the free, independent voice of Miami, and we'd like to keep it that way. With local media under siege, it's more important than ever for us to rally support behind funding our local journalism. You can help by participating in our "I Support" program, allowing us to keep offering readers access to our incisive coverage of local news, food and culture with no paywalls.
Make a one-time donation today for as little as $1.