An Ode to Eddie's Place, One of Miami's Oldest Surviving Dive Bars

Located west of the Florida International University campus in the Lord's Plaza strip mall on SW Eighth Street, Eddie's shares a parking lot with a pharmacy, a bakery, and a dry cleaner. It serves no food, proffers no fancy cocktail menu nor any discount drink specials to lure in weekday customers.

Over the years, the tiny space has played host to several weddings, however, and at least one funeral.

Like a Magic City take on Cheers, the patrons here are regulars in every sense of the word, returning several days a week to bask in a no-frills pub experience. As with any fine dive bar, it's the kind of establishment where everyone knows your name — and your business, too.


And this weekend, on November 13, the establishment will celebrate its 50th anniversary, a milestone owner/operator Eddie Sarussi says wouldn't be possible without its founding team: his parents.

In 1971, Wanda and Eddie Sarussi, Sr., founder of Sarussi Subs, opened their first business as a partnership. At the time, Eddie Sr. had just sold the sandwich shop, and his wife was eager to open something of her own.

"These days, everyone knows my last name — for a place that's now more famous than my parents' bar," Eddie Jr. tells New Times. "But this was what they really wanted to do."

The young couple chose a standalone building in far west Miami-Dade. To this day, the bar continues to operate in the same location. Over the years, the Sarussis watched as the metro area expanded around them — including the strip mall where they reside. 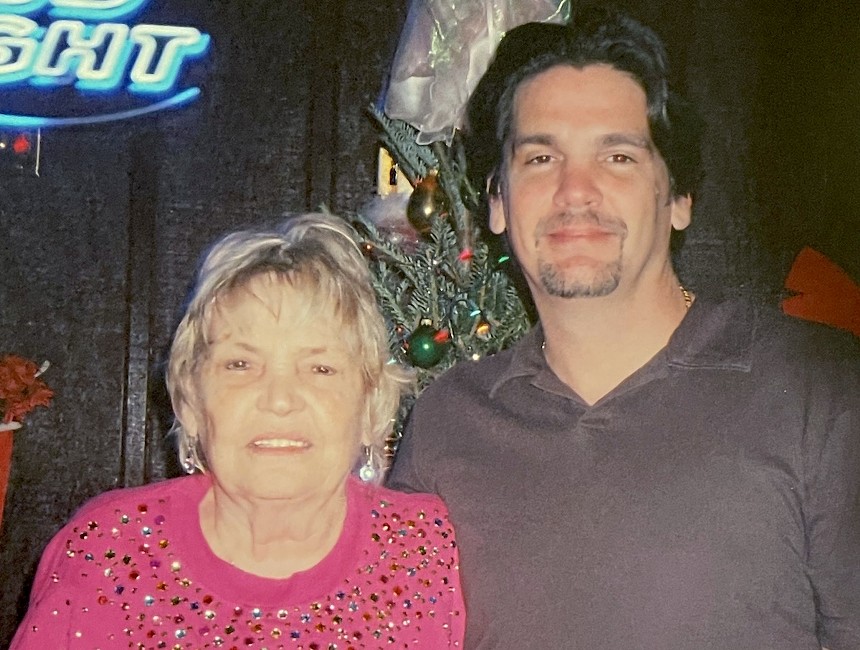 Eddie's Place cofounder Wanda Sarussi and her son, Eddie Sarussi, Jr.
Photo courtesy of Eddie's Place
"Back in the day, there was nothing out here past the Turnpike — no commercial buildings, no businesses, and certainly no bars," recalls Eddie Jr., whose father died two years after the bar opened its doors. "But this was my mother's dream."

Eddie, a 51-year-old software developer by day, says he spent his childhood at one of his mother's three Miami bars. While the others — Blue Moon and Coral Gate — are now closed, Eddie's Place has stood the test of time.

Now, five years after Wanda's passing, and nearly two years into the pandemic, Eddie is gratified to see that his parents' bar remains a popular destination.

"I got involved out of necessity, and I guess I fell in love with it myself," he says. "My mother did everything to keep this place alive for so long, I couldn't let that legacy end. Now, here we are, celebrating five decades in Miami."

One of the few remaining old-school dive bars in the county, it's also — not coincidentally — still the place regulars go for cheap drinks, throw darts, shoot pool, and relax.


"It's still the place where everybody knows the bartender's name, and the bartenders know their names. It's just a super down-to-earth place where you come as you are," Eddie imparts. "Nothing about that has changed, and that's what keeps me going."

Not only does the establishment still not serve food, but a few bucks will still get you a vodka cocktail or a bottled beer. Eddie's still sports the same U-shaped bar with a cushioned faux leather edge that invites you to rest your elbows for multiple rounds. And, as has been the case since the early 90s, it's still open till 5 a.m. daily.

Some things, of course, have changed. Since COVID-19, the bar officially became no smoking.

And the demographic is changing, too. The daytime crowd has given way to a late-night clientele. While locals continue to comprise a large part of the business, industry folk now stumble in around 3 a.m. from the mall, downtown, and a nearby Flanigan's.

Indeed, weekly events include a rowdy, late-night karaoke that kicks off at 10 p.m. on Tuesday and Friday nights, during which booze-emboldened patrons entertain guests long into the wee hours.

That, and the most popular pastime at Eddie's: conversation with good company.

"These days, that's what keeps me going," Eddie days. "Eddie's Place has always been, and still is, a truly a special place."

Eddie's Place. 12606 SW Eighth St., Miami; 305-226-1421; facebook.com/eddiesplace1971. Open Monday through Wednesday from 5 p.m. to 5 a.m., and Thursday through Sunday from 2 p.m. to 5 a.m.
KEEP MIAMI NEW TIMES FREE... Since we started Miami New Times, it has been defined as the free, independent voice of Miami, and we'd like to keep it that way. With local media under siege, it's more important than ever for us to rally support behind funding our local journalism. You can help by participating in our "I Support" program, allowing us to keep offering readers access to our incisive coverage of local news, food and culture with no paywalls.
Make a one-time donation today for as little as $1.