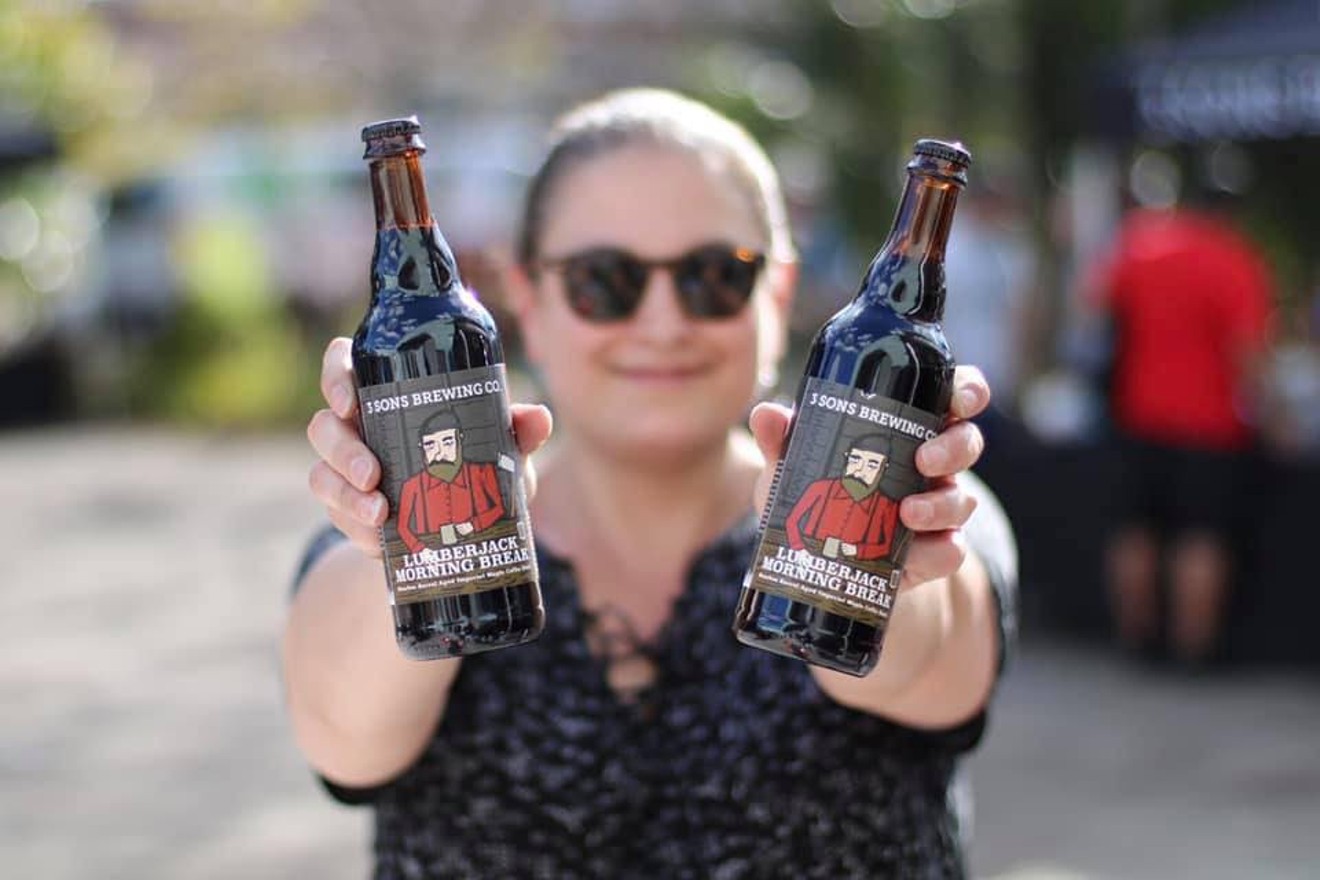 Dubbed the Lumberjack Leftovers Pop-Up, the party will serve pizza along with beer from several breweries from noon to 8 p.m.

The brewery is known for a variety of beers, including its bourbon-barrel-aged imperial vanilla coffee stout, Summation, although many of them won't be ready for Sunday's opening, according to 3 Sons. One of the beers, Ocean Park Pilsner, will be available February 24.

"We’re dying to open our doors but must practice patience, as the beer in our fermenters not quite ready," an announcement reads. "So, here’s a chance to check us out and get a little taste of the glory. Just to see what it tastes like... See you Sunday!!"

The brewery will also serve beer from out-of-town breweries including Bottle Logic and  as well as local breweries such as the Tank and Tripping Animals.

3 Sons founder and brewer Corey Artanis moved to South Florida from Buffalo, New York, with the intention of becoming a firefighter, but it didn't work out.

His career trajectory changed when he homebrewed a pumpkin spice latte beer that caught the attention of the local craft beer community. So he decided to open his own brewery.

3 Sons, named for the founder's three children, became a local sensation, winning people's choice awards for brewery and best beer at Hunahpu’s Day in Tampa in 2015. The brewery officially launched at Flagler Village Brewery in 2016.

New Times has reached out to 3 Sons for additional information, including a complete beer list. We will update the post when we receive more information.

Correction: The brewery's taproom is not yet open to the public. It was open only for a preview party on February 24. New Times will keep readers posted as to the brewery's official opening date.

3 Sons Brewing Co. 236 N. Federal Hwy., Suite 104, Dania Beach; 954-601-3833; 3sonsbrewing.com.
KEEP MIAMI NEW TIMES FREE... Since we started Miami New Times, it has been defined as the free, independent voice of Miami, and we'd like to keep it that way. With local media under siege, it's more important than ever for us to rally support behind funding our local journalism. You can help by participating in our "I Support" program, allowing us to keep offering readers access to our incisive coverage of local news, food and culture with no paywalls.
Make a one-time donation today for as little as $1.
David Minsky is a U.S. Navy veteran and Tulane graduate who has experience reporting on stories from California, South Florida, and the Deep South. He has also won some journalism awards. Email or tweet David with story tips and ideas.
Contact: David Minsky
Follow:
Facebook: David Minsky
Twitter: @daveminsky