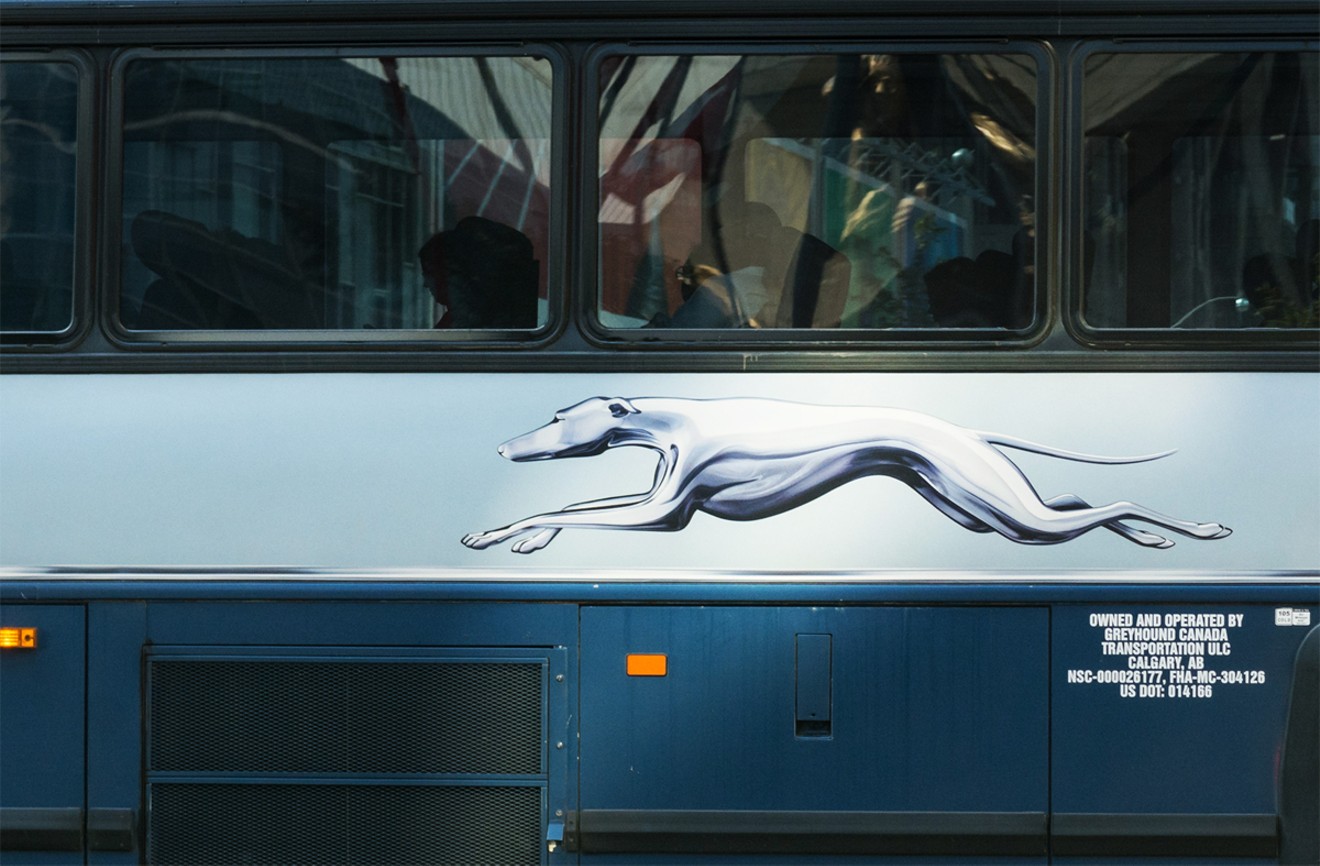 kay roxby / Shutterstock.com
"This is new?" a worried passenger asks while she films U.S. Customs and Border Protection (CBP) agents stalking the aisle of a Greyhound bus in Fort Lauderdale and demanding proof of citizenship from the riders. Moments later, the agents arrest a passenger, pulling her and her luggage off the bus.

In fact, the tactic isn't new. Federal agents have targeted bus riders for random citizenship checks for years. But amid Washington's shutdown over the Trump administration's refusal to discuss immigration reform, the South Florida video went viral this weekend, with activists blasting the arrest as an example of enforcement gone wrong.

"Incidents like these erode public trust in police and authority figures whose job is to serve and protect our communities," says Isabel Sousa-Rodriguez, membership director for Florida Immigrant Coalition (FLIC), which tweeted out the video Saturday. "Without an official judicial warrant, border patrol agents should not be permitted to board the private property of the Greyhound corporation to harass its customers and violate their civil liberties."

The video was shot Friday outside Fort Lauderdale's Greyhound station on a bus headed to downtown Miami from Orlando, FLIC says. The bus driver allegedly told passengers that "security agents" were coming aboard for a routine check. Instead, Customs and Border Protection agents demanded papers from every rider.


.@CustomsBorder got on a Greyhound bus yesterday at 4:30pm in Fort Lauderdale and asked every passenger for their papers and to prove citizenship. Proof of citizenship is NOT required to ride a bus! For more information about your rights, call our hotline 1-888-600-5762 pic.twitter.com/rWJn61o8VP

They quickly found a black woman of Caribbean descent who couldn't provide proof of residency and arrested her before pulling her luggage from the overhead bin and carting her off the bus. FLIC declined to identify the woman, but a relative told the activists she had traveled to Orlando to meet her granddaughter for the first time.

Her fellow passengers were shocked by the arrest, Sousa-Rodriguez says.

"Floridians deserve to ride a bus in peace without having to carry a birth certificate or passport to go to Disney World, visit family, or commute for work," she says in a statement.

FLIC's arrest video has been retweeted 32,000 times since Saturday — a reflection of the national mood as the federal government shuts down this week over Donald Trump's intransigence over immigration reform, including protection for the 3.6 million Dreamers who were brought to the States as children. (U.S. Customs and Border Protection agents didn't respond to a phone message from New Times, but their office is likely closed due to the shutdown.)

Critics, including The Wire and Treme director David Simon, slammed the feds for checking papers on a routine local bus route.

In truth, Greyhound has long been a favored target of federal immigration officials. The relatively inexpensive buses are often the only reliable and affordable means of transit for poor working immigrants — and thus are prime targets for agents looking for the undocumented.

In 2011, the Miami Herald warned that Greyhound buses were becoming dangerous territory for undocumented residents. The newspaper found anecdotal evidence that arrests on the buses had gone up 25 percent that year; in one weekend, at least a dozen immigrants had been arrested in South Florida.

Those stories, plus this weekend's video in Fort Lauderdale, raise the question of why Greyhound allows CBP agents to grill its passengers. FLIC says the bus line has argued it has no choice because federal immigration agents claim jurisdiction anywhere within 100 miles of a border, meaning all of Florida is fair game thanks to its extensive coastline. (A Greyhound spokesperson didn't immediately respond to a message for this story.)

Sousa-Rodriguez says the video should fuel opposition to measures in Tallahassee that aim to empower more local officials to demand proof of citizenship.

"This is why we call on our state senators to oppose House Bill 9, which was approved in the Florida House of Representatives on January 12," she says. "HB9 would mandate that all state and municipal employees collaborate with immigration officials in racial profiling and deportation operations like this one."

As for the woman in the video, Sousa-Rodriguez says her family hasn't heard from her since the arrest.

"We are in communication with the family of the woman in the video who Border Patrol pulled off the bus," she says. "She has since gone missing, and we are working to determine her whereabouts and well-being."

Update 4 p.m.: Greyhound spokesperson Lanesha Gipson says in a statement that the bus line has no choice but to allow federal border agents access to its vehicles:

We are required to comply with all local, state and federal laws and cooperate with the relevant enforcement agencies if they ask to board our buses or enter stations. Unfortunately, even routine transportation checks negatively impact our operations and some customers directly. We encourage anyone with concerns about what happened to reach out directly to these agencies. Greyhound will also reach out to the agencies to see if there is anything we can do on our end to minimize any negative effect of this process.