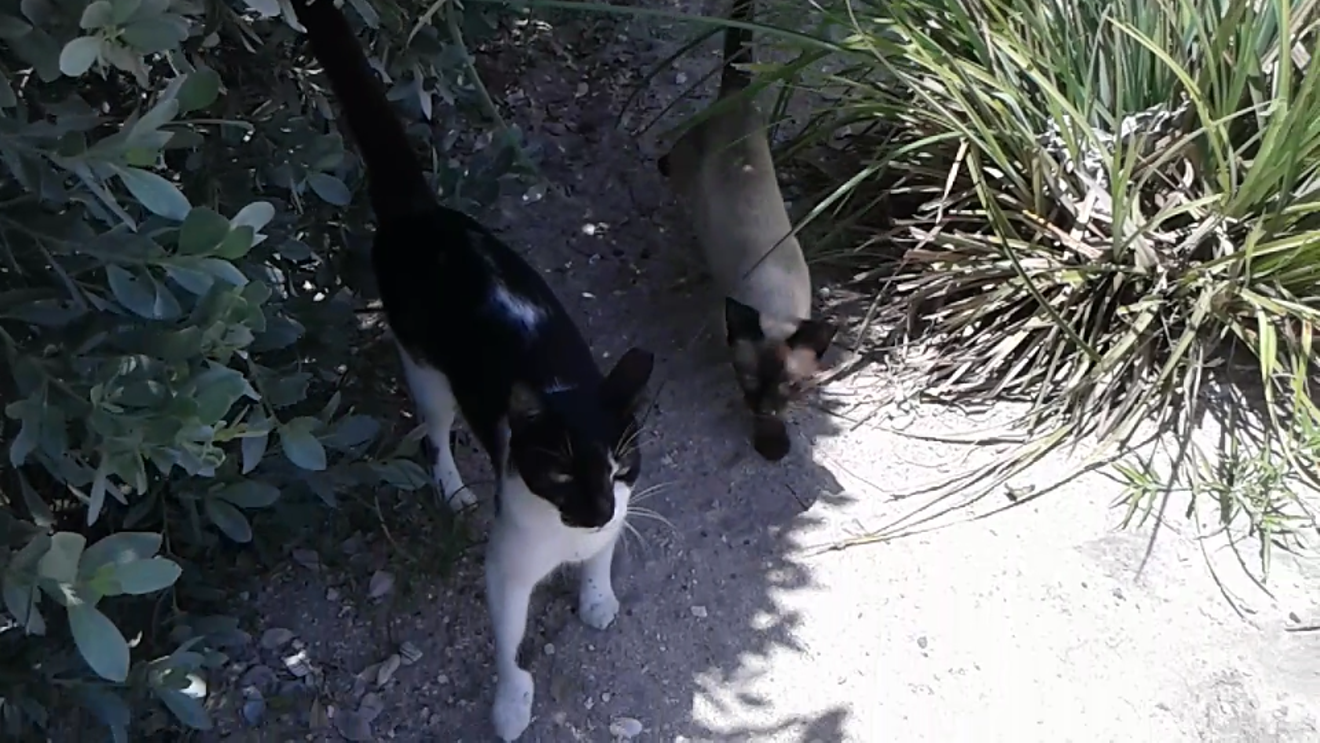 Two of the cats that lived in the vegetation behind 5555 Collins Ave. Courtesy of Ethel Domiguez
Every morning for the past seven years, Ethel has fed the cats living in the tangle of vegetation on the beach behind her Collins Avenue condo building. But when she went down to the beach yesterday, she was horrified by what she saw: Workers were bulldozing everything.

Most of the vegetation lay in a heap. The seven or so cats were nowhere to be found.

"I was in shock," says , who cried as she recorded a video of the bulldozed area. "Everything was gone. Everything. I can't explain to you my feelings."

The area behind 5555 Collins Ave. was cleared as part of the Mid-Beach Recreational Corridor, a city project creating a pathway along the beach. Though says the vegetation was a sea grape tree, city spokeswoman Melissa Berthier says it was actually a mass of , an invasive, nonnative dune plant. Berthier says it was planted no earlier than the late 1970s when the dunes were first created in Miami Beach.

"It is being removed as part of the dune restoration component of the Mid-Beach Recreational Corridor because it smothers native vegetation and exacerbates erosion," she writes in an email to New Times.

But  accuses the city of failing to consider the cats. She worries whether anything was done to clear them out before the bulldozer came through.

The question of how to handle Miami Beach's sizable feral cat population has long been contentious. The cat colonies' history dates to the early when the city's first mayor imported felines to deal with the swampy island's thousands of rats. Soon enough, the rats were gone. But the cats kept multiplying. 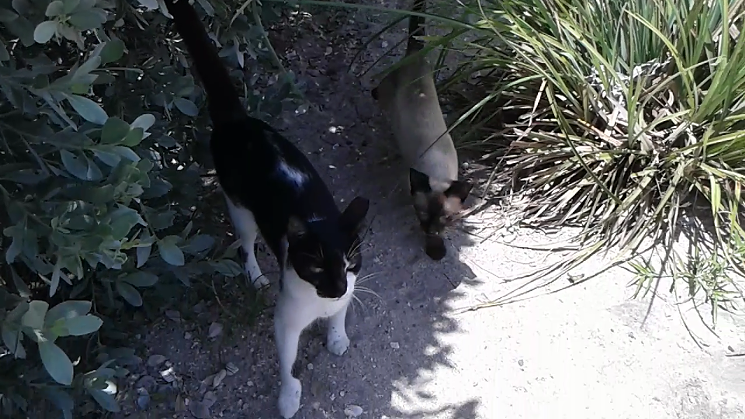 Two of the cats that lived in the vegetation behind 5555 Collins Ave.
Courtesy of Ethel Domiguez
In 1995, the city manager grew tired of complaints and decided to offer a bounty for each feral cat trapped and euthanized. Those plans were abandoned after a public outcry and PR nightmare. Over the years, volunteers have trapped and neutered cats, but their numbers remain high. Animal activists protested in 2011 after a hotel trapped cats and took them to Animal Services, where they were euthanized.

Domiguez started feeding the felines behind her building after noticing them each time she went down to the beach.

"I always loved animals, and they just came across to me every time that I was jogging, walking, or swimming on the beach," she says. "And they were so friendly."

As the corridor project neared, says she brought her concerns to city officials. She says she believed the vegetation where the cats lived would be spared.

Now that they've lost their hiding place, she's worried people will complain about them, possibly putting them in peril. She's also concerned what will happen when the corridor project reaches 64th Street, where she says the vegetation is home to a cat colony of about 100.