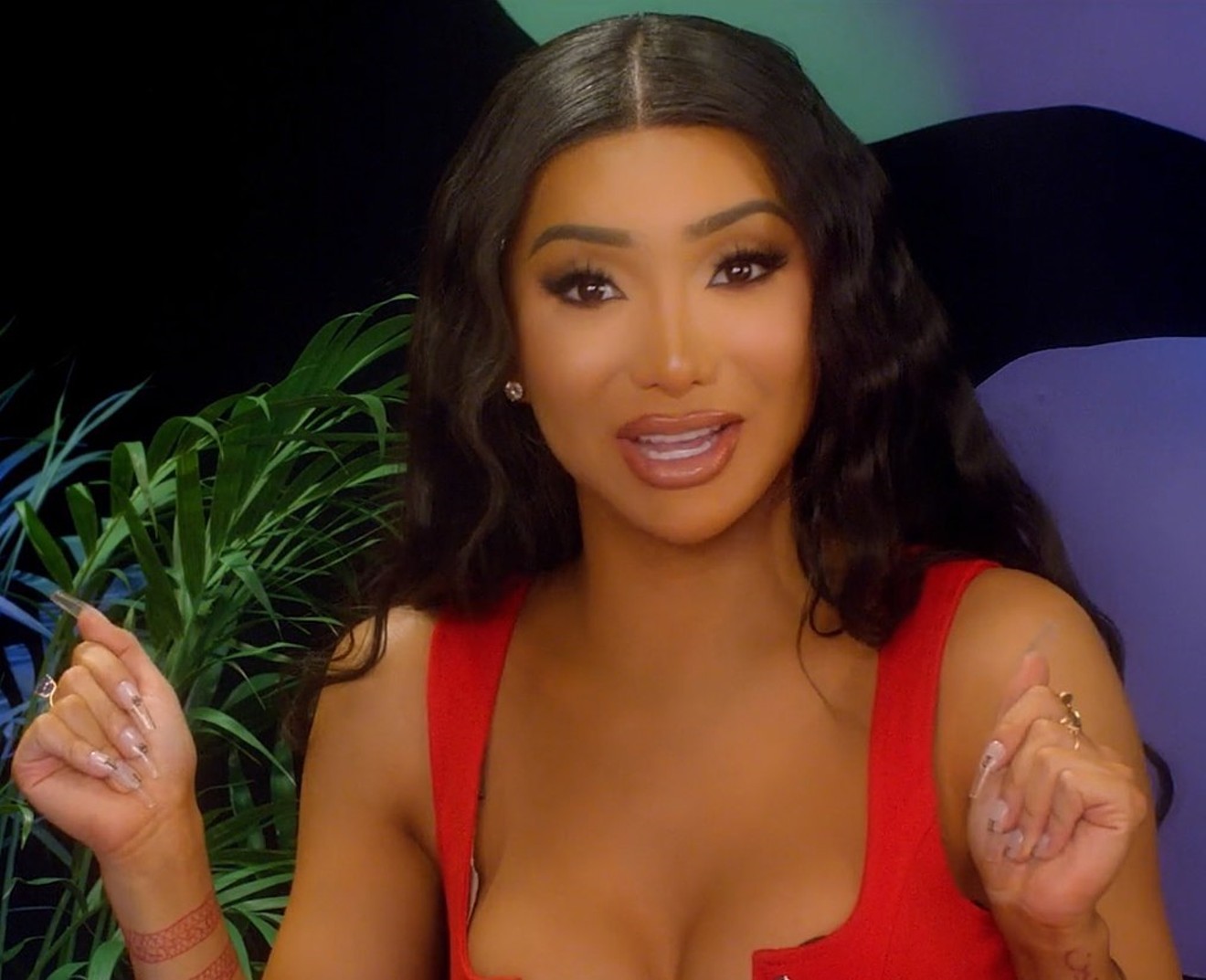 American YouTube star and makeup artist Nikita Dragun was arrested in Miami Beach on November 7 and charged with assault and disorderly conduct. Photo by Julian Buchan
Update published 5:00 p.m. 11/10/2022: Miami-Dade Corrections and Rehabilitation Department (MDCR) released a statement saying it "is committed to protecting the rights of the transgender community and of all LGBTQ people."

"MDCR has procedures in place for the appropriate intake, housing, and medical needs of transgender inmates, and we are committed to ensuring that all inmates in our custody, including transgender persons, are treated appropriately throughout our intake, classification and placement process," the statement reads.

The corrections department says Nikita Dragun never made it beyond the booking process prior to release and therefore "was never placed in a men's unit."

"All inmates undergoing our intake process remain in an open seating (open booking) area, in the presence of correctional staff. Additionally, inmate Dragun was placed in a holding cell by herself due to her high profile status before being released, and she was escorted by an LGBTQ officer during her time at the corrections facility.

"MDCR protocols and procedures for the safe intake of transgender inmates were followed appropriately in the handling of Nikita Dragun’s booking and release," the statement continues.

Police and county records indicate that Dragun was classified as a man during the arrest process. A staff member at Turner Guilford Knight Correctional Center confirmed to New Times that male and female arrestees are held in separate areas in the booking facility.

A corrections department spokesperson indicated it was Miami Beach police who classified Dragun as a man prior to her booking.

Dragun's attorney has not responded to a request for comment on the case.

After transgender influencer Nikita Dragun was arrested and charged with assault on a police officer in Miami Beach, the 26-year-old was booked at the Turner Guilford Knight Correctional Center late at night on November 7. Dragun says she was then held in a men's area at the jail, which is not consistent with her gender identity or jail policy.

At her first appearance, Dragun held back tears as she pleaded with Judge Mindy Glazer to transfer her.

"Your honor, do I have to stay here in the men's unit still?" Dragun asked.

Glazer responded, “I don’t make the rules up there,” deferring the question to corrections officials.

According to a 2017 memorandum and directive for housing transgender detainees at Miami-Dade County jails, "transgender inmates shall be classified and housed based on housing availability, safety and security needs, and their gender identity."

Dragun has amassed more than 25 million followers across TikTok, YouTube, and Instagram. She became popular for her beauty and makeup tutorials and for her content about her gender transition.

On the night of the arrest, Miami Beach police were called to the Goodtime Hotel on Washington Avenue after Dragun allegedly caused a disturbance at the pool area. Hotel security reportedly asked Dragun to put on clothes because she had been walking around the pool nude. She then doused the security guards in water and went to her hotel room, according to police.

When officers arrived, they went to Dragun's room, where music was blasting, and knocked on the door. They told her if she did not pipe down, she would have to be escorted from the property. Dragun then reportedly closed the door before slightly opening it to ask the officers and security guards, "Do you want more?" Police allege she swung her water bottle, spraying an officer with water.

She was arrested and charged with assault on a police officer, disorderly conduct, and battery. She has since been released from custody.

Miami-Dade Corrections and Rehabilitation Department (MDCR) has faced stark criticism for its handling of transgender arrestees in the past.

In April 2021, several LGBTQ advocacy groups and attorneys sent a letter to county mayor Daniella Levine Cava demanding the corrections department overhaul its policies regarding transgender detainees. This came after three transgender protesters said they were subjected to genital inspections, humiliation by MDCR staff, and inappropriate questions during their stints at Turner Guilford Knight Correctional Center in the summer of 2020.

After the letter failed to prompt the desired changes within MDCR, the three protesters sued the county and MDCR officials in February 2022 over their alleged mistreatment.

The Prison Rape Elimination Act, a law passed in 2003 but fully enacted in 2012, asserts that transgender inmates must be housed on a case-by-case basis according to their risk level and not their sexual organs nor gender assigned at birth. Federal prisons are required to follow the law; state and county prisons can lose funding if they don’t comply.

A 2020 investigation by NBC News found that out of 4,890 trans prisoners documented in the U.S., only 15 were reported to be housed in gender-appropriate cells. The phenomenon was attributed to the Trump administration’s revision of Obama’s 2016 Transgender Offender Manual. The revision changed language in the manual to advise that transgender inmates be housed according to their “biological sex.”

Although the Trump administration’s rules still stand, there is growing outrage at the treatment of trans prisoners, mostly due to misgendering and sexual violence.

According to the National Center for Transgender Equality, transgender prisoners are at disproportionately high risk of being assaulted or abused by prison staff or other prisoners as compared to their cisgender counterparts. In a 2016 study by the Movement Advancement Project, 24 percent of trans women reported being raped while incarcerated.

Although Florida does not have any clearly defined statutes on transgender inmates, the 11th Circuit Court of Appeals ruled in 2020 that the Florida Department of Corrections can restrict transgender inmates’ hair length and refuse to allow them to dress as their gender identity. Hormone replacement therapy and other forms of gender-affirming care are accessible in Florida prisons but these accommodations are up to the prison staff. Solid data on how many trans inmates are abused or denied gender-affirming accommodations is hard to report since many trans inmates face violence and harassment from staff for speaking out.
KEEP MIAMI NEW TIMES FREE... Since we started Miami New Times, it has been defined as the free, independent voice of Miami, and we'd like to keep it that way. With local media under siege, it's more important than ever for us to rally support behind funding our local journalism. You can help by participating in our "I Support" program, allowing us to keep offering readers access to our incisive coverage of local news, food and culture with no paywalls.
Make a one-time donation today for as little as $1.