Testing the Poisonous Algae That Is Smothering the Everglades 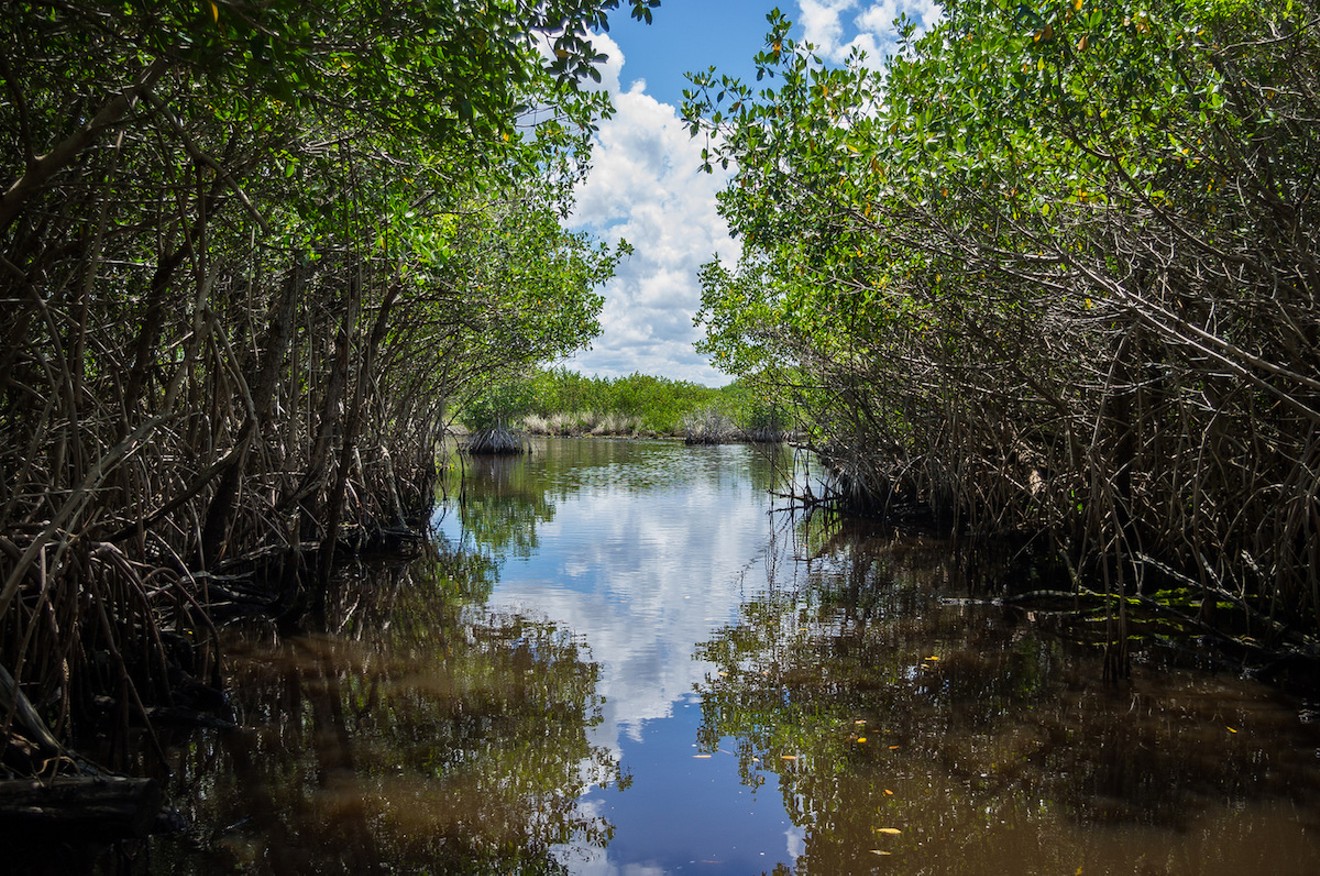 Everglades National Park Photo by Vincent Lammin / Flickr
Florida's largest lake undergoes a metamorphosis every summer as a pungent odor fills the air, and the water turns a bright split-pea green. For at least the past four years, Lake Okeechobee has become rancid with toxic blue-green algae blooms.

The lake is the gateway to the Everglades. Historically, water that overflowed Florida's Inland Sea during the summer rainy season would travel south to replenish the tropical wetlands with fresh water before ultimately mixing with the salt waters of Florida Bay. A century of agricultural development and water diversion, however, has disrupted the watershed and degraded the environment.

Scientists are testing cyanobacteria in the Okeechobee watershed to better understand how harmful algae blooms develop and why. The U.S. Geological Survey (USGS) has partnered with the South Florida and Caribbean Cooperative Ecosystems Studies Unit to install 12 fiberglass cylinders in the Caloosahatchee River. A specific concoction of chemicals — such as nitrate, phosphorus, and ammonia —  has been added to each enclosed tank. Subsequent water-quality tests might soon reveal how nutrient pollution affects the blooms that pop up in Florida's waters every summer.

Anne Schechinger, senior analyst at the Environmental Working Group (EWG), says farm runoff had already been linked to algae blooms. Phosphorus and nitrate are produced in a number of agricultural chemicals and byproducts. Nitrate is common in fertilizer, and both nitrate and phosphorus are found in animal manure. Algae blooms result when these nutrients get into the water.

What is still unknown is why certain types of blooms are benign while others are toxic.

"Nobody knows why some algae is toxic and others aren't," Schechinger says. "Is it pesticides? Nutrients? The amount of nutrients?"

No government agency tracks algae blooms across the United States, but the EWG has been compiling a list of events mostly based on media stories. The group began tracking algae blooms in 2010 when there were 38 local reports. By 2018, there were 398.
Algae and bacteria are the foundation of the aquatic food chain, but in a certain set of conditions, they can also severely damage ecosystems. Algae can quickly become the dominant species in a marine environment, creating a colorful and sometimes toxic blanket across the water. Cyanobacteria, or blue-green algae, is a photosynthetic and prehistoric nuisance that transforms water into green, toxic slime. Large aquatic algae blooms such as cyanobacteria obstruct oxygen, killing fish and other aquatic animals. The National Oceanic and Atmospheric Administration predicts agricultural runoff in the Mississippi River will create a "dead zone" — an area in the ocean with little to no oxygen to sustain fish — the size of Massachusetts in the Gulf of Mexico this summer.

As a year-round growing state, Florida is its own unique puzzle. It's not just climate change exacerbating blooms, but septic issues, unregulated water management, and a system that's loaded with phosphorus. When sugarcane and tomato fields flood, water drains back into Lake Okeechobee and adds more phosphorus to it. Phosphorus stays in the environmental for a long time, attaching itself to the bottom of the lake. If a hurricane sweeps through, all of that phosphorus gets churned up.

"We focus a lot on the recreational impact of algae blooms, but there are also issues with toxins getting into our drinking water," says Schechinger. Water can have cyanotoxins present before it becomes smelly or bright green. Communities in the Midwest have even found cyanobacteria underneath the ice in winter. Cyanotoxins can also be airborne, traveling miles from their original water source.

Within the past month, cyanobacteria blooms have been reported up and down the Atlantic Coast from Vermont to Lake Okeechobee. Every Mississippi state beach was closed over Independence Day weekend due to a giant blue-green algae bloom along the Gulf Coast. The heavy rains of Tropical Storm Barry might have exacerbated the situation by flushing Louisiana's agricultural runoff into the gulf. Harmful algae blooms have been increasing throughout the United States in the past decade, and they are expected to become only more frequent with climate change, according to the Centers for Disease Control and Prevention.

Humans and animals that ingest water contaminated with blue-green algae can become seriously ill. Cyanotoxin exposure can cause skin rashes, stomach cramps, nausea, and vomiting, according to the Florida Department of Health, as well as respiratory issues and problems with the liver and nervous system. Algae blooms have been linked to cancer in humans, and death in pets.

"Cyanotoxins can be really, really dangerous," Schechinger says. "It's a scary thing for humans, pets, and the ecosystem."
KEEP MIAMI NEW TIMES FREE... Since we started Miami New Times, it has been defined as the free, independent voice of Miami, and we'd like to keep it that way. With local media under siege, it's more important than ever for us to rally support behind funding our local journalism. You can help by participating in our "I Support" program, allowing us to keep offering readers access to our incisive coverage of local news, food and culture with no paywalls.
Make a one-time donation today for as little as $1.