The Ten Most Underrated Architectural Sites in Metro Miami


When tourists visit Miami, they expect to see three things: beaches, butts, and art deco buildings. Indeed, South Beach's gorgeous pastel hotels and restaurants have been South Florida's most iconic architecture since their construction in the city's 1920s golden age. Besides the Freedom Tower, American Airlines Arena, or perhaps the ubiquitous stark-white modernist mansion, nothing else lingers in the mind that's quite as suggestive of the Magic City.

But there's more to architecture than its most famous buildings. Across the area, a vast array of underappreciated designs come in a variety of styles: brutalist libraries, Mediterranean manors, Spanish colonial churches, and more.

Here are ten of our favorite hidden gems and underrated highlights of Miami architecture: 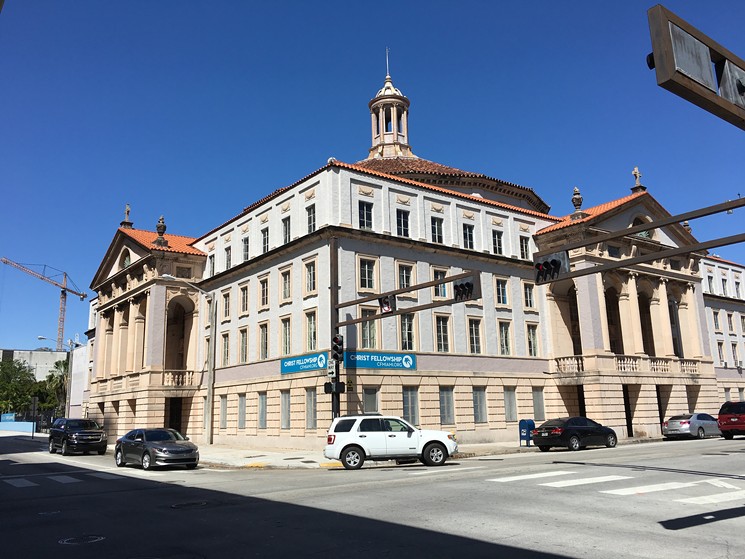 Central Baptist Church
Photo by Phillip Pessar / Flickr
1. Central Baptist Church. Many cities contain grand old churches like Central Baptist, but it’s surprising to find one right in the middle of the skyscraper jungle of downtown Miami. Although it’s adjacent to the College North Metromover station, this building is best appreciated from another stop: Park West. From the train platform, with the Freedom Tower to the left, the building’s classical façade and red-orange dome are just barely visible, a vibrant island in a sea of concrete and steel. It’s like our own little Florence Basilica. It's just a shame we had to spoil the view. 500 NE First Ave., Miami. 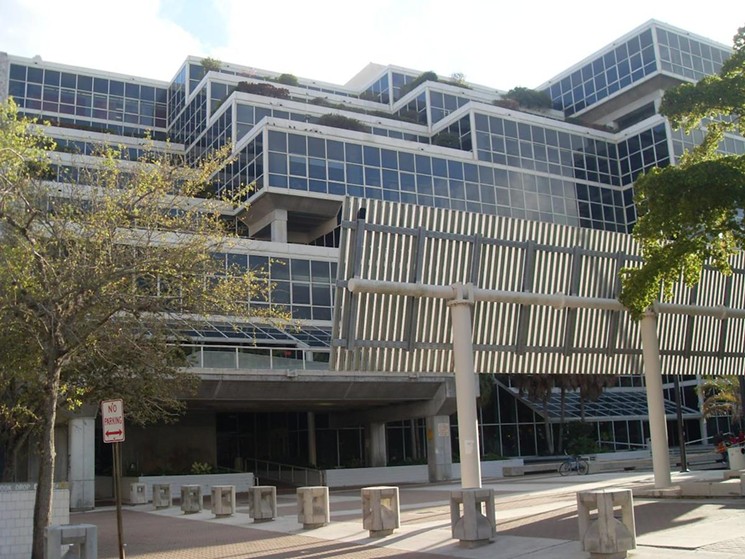 Photo by Bob B. Brown / Flickr
2. Broward County Main Library. The grandiose, concrete-heavy style of brutalism has been hated and loved in equal measure since emerging in the 20th Century. Fans love its monumental timelessness and raw beauty, while detractors think it’s dehumanizing. The Broward County Main Library, designed in the '80s by Robert Gatje of the legendary Marcel Breuer firm, shows how to do the style right. An exterior clad in coral rock and foliage offsets the intensity of the concrete, and its wide-open, five-story atrium lets in light and makes the cavernous space warm and welcoming. Brutalism was meant for grand public spaces like this. 100 S. Andrews Ave., Fort Lauderdale.

Tailgaters outside the newly renovated at Hard Rock Stadium.
Photo by Michele Eve Sandberg
3. Hard Rock Stadium. If you use the Turnpike to commute to Miami from Broward, you likely pass the Miami Dolphins' home stadium. Until last year, it wasn’t much to look at, with spiral ramps and video screens suggesting a big concrete toilet. But after a $500 million renovation last year, the newly christened, white-canopied Hard Rock Stadium is not only a great venue for sports but also a remarkable, stylish building, comparable to the bone-white skeletal structures of celebrated Spanish architect Santiago Calatrava or even Frank Gehry's New World Center in Miami Beach. With spires that rise like ship masts over the North Miami-Dade landscape, the flat, square roof looks like it could be its own heavenly playing field. 347 Don Shula Dr., Miami Gardens.

The Wolfsonian, decked out for a temporary exhibition.
Courtesy of the Wolfsonian
4. Wolfsonian-FIU. Ever find yourself walking along Washington Avenue past the Wolfsonian and wonder, Why does that warehouse have such an ornate façade? OK, you probably didn’t use those exact words, but it's no surprise if the structure turned your head. The building now housing Florida International University’s design and decorative arts museum was built in 1927 as the Washington Storage Company, a facility for rich snowbirds to store their paintings and furniture — like a Public Storage, but not public. When philanthropist Micky Wolfson converted the space, he preserved the exterior sandstone carvings, and now anyone can view art that might once have been hidden in vaults. 1001 Washington Ave., Miami Beach.

Temple Emanu-El
Photo by Phillip Pessar / Flickr
5. Temple Emanu-El. There’s no lack of beautiful old churches in Miami, but what about synagogues? South Florida is home to the second-largest Jewish population in the United States, after all, and there’s no more visible reminder than Temple Emanu-El. Modeled after the Great Synagogue of Oran, Algeria (which is now a mosque), Emanu-El, with its impressive dome and columned, arabesque façade, is a landmark of Jewish history and presence in Miami Beach. Plus, it’s across the street from the Fillmore Miami Beach and the New World Center, meaning you can take in a show right after services or appreciate its charms while sitting outside for a free concert. 1701 Washington Ave., Miami Beach.