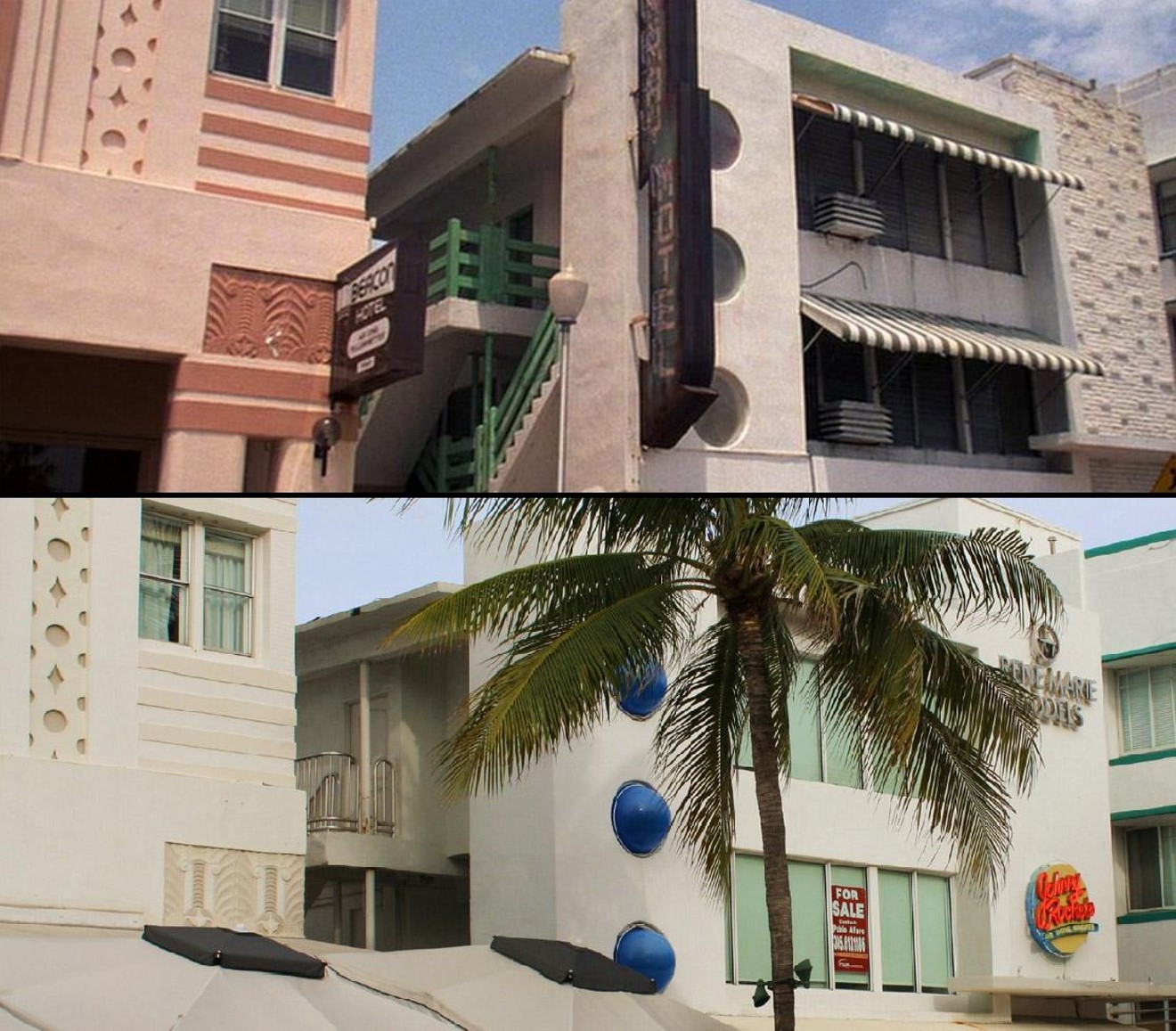 Photo by Tony Hoffarth / Flickr
All the painkillers, Band-Aids, and antibiotics in the world wouldn’t have made much of a difference to Angel Fernandez, the Scarface character whose dismemberment by chainsaw was the 1983 gangster flick’s most infamous scene. But today the building where the grisly attack was set is being converted into a CVS.

Renovations have already begun at 728 Ocean Dr. in South Beach, with the back portion of the building now demolished.

The façade and its iconic porthole windows, one of which served as a backdrop for the chainsaw massacre, will be preserved.

Built in 1953, the building housed the Sun Ray Apartments when Scarface was filmed in the early '80s. The scene, in fact, is one of the few that ended up being filmed in Miami. Scarface was bedeviled by political infighting, with then-Miami Commissioner Demetrio Perez Jr. threatening to withhold permits unless Tony Montana was recast as a communist agent sent by Castro.
"The basic message of the movie seems to be drugs, killing, and criminal activities. That does not represent the majority of hard-working and law-abiding Cubans," Miami Dade College president Eduardo Padron told the Miami Herald at the time.

Soon after Montana's bloody fight on Ocean Drive was filmed, director Brian De Palma picked up and moved production to Los Angeles, far from the protesting crowds of South Beach.

The building's history hasn't been as illustrious as that of the cult-classic film. In 1989, Irene Marie purchased the property and ran a modeling agency in the upstairs space where Manny and Chi-Chi killed a pair of gangsters before they could turn the chainsaw on Tony Montana. A Johnny Rockets location operated on the first floor. 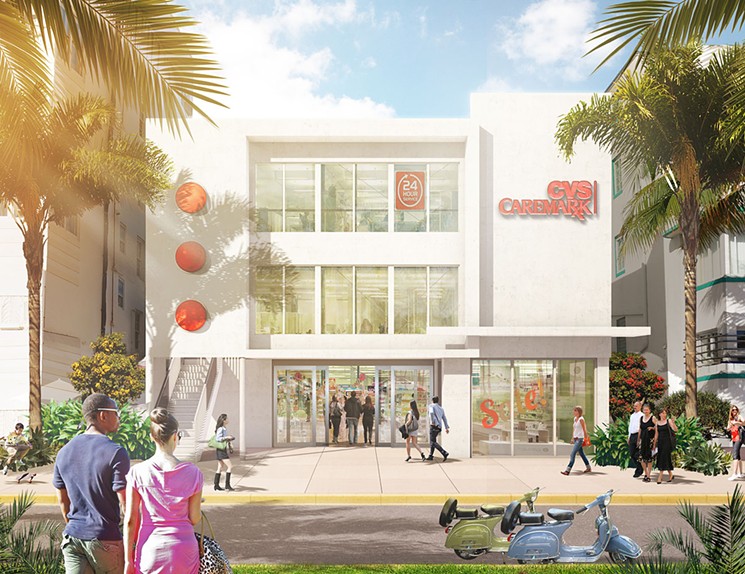 Courtesy of Infinity Group
Over the years, plenty of tourists have dropped by to gawk at the property, and a sign on its exterior declared it the "world-famous Hollywood landmark!" where Fernandez got the chainsaw treatment.

CVS didn't return an email seeking comment on whether it'll do anything to celebrate its place in cinematic history. City of Miami Beach officials confirmed the renovation is ongoing and passed historical preservation boards, but they weren't able to provide any permitting documentation on exactly what CVS has planned for the location.