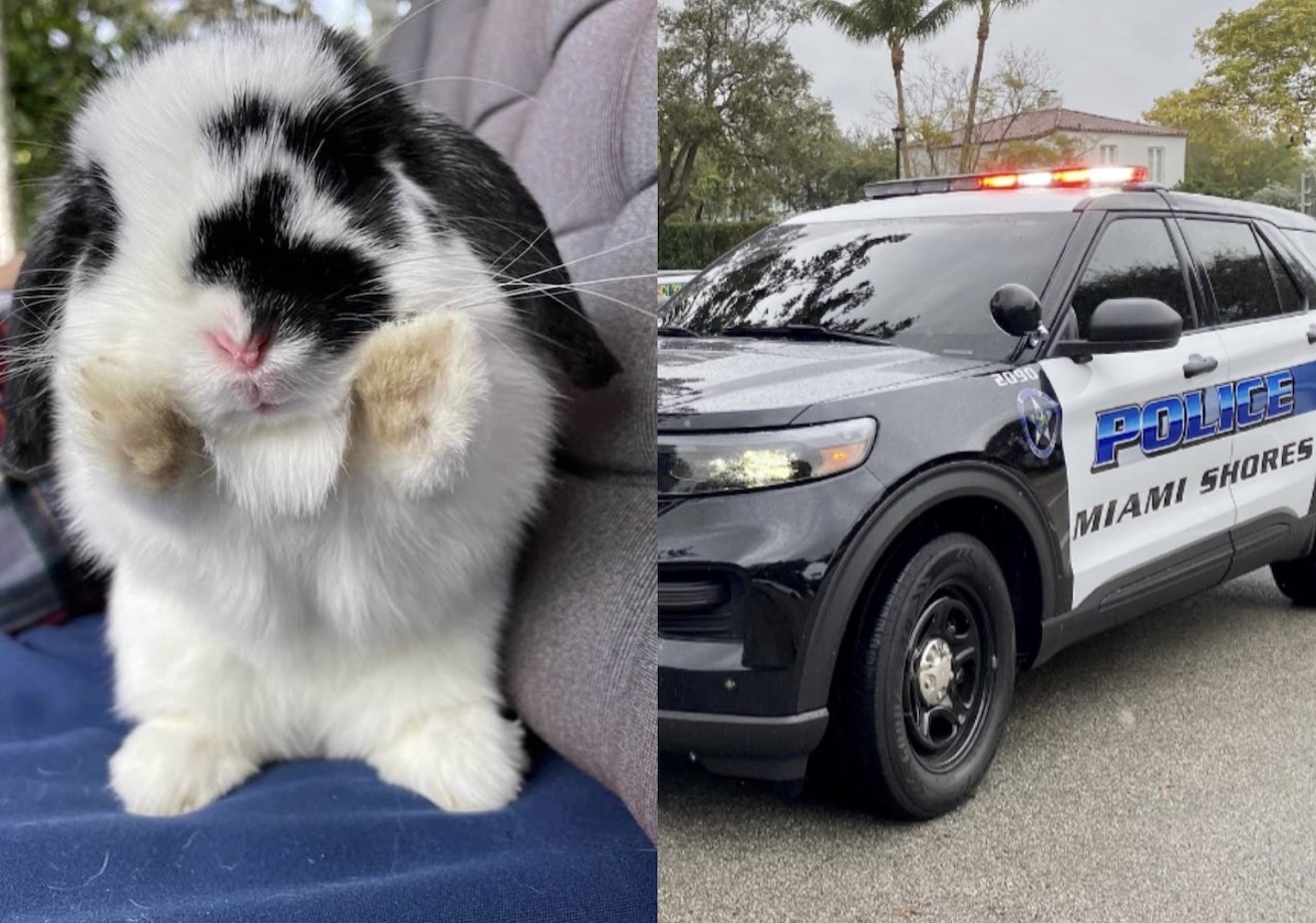 RIP Poppy (left), allegedly killed by a Miami Shores Police K-9. Screenshots via Lolo Forsberg/Facebook, @miamishores1932/Twitter
Update May 17, 5:44 p.m.: The Miami Shores Police Department provided New Times with a copy of the incident report. It has been embedded at the end of this article.

What began with a faulty home-security system allegedly ended with the death of a family's beloved pet rabbit.

A scant three weeks after the religious holiday that enlists an Easter bunny as its folkloric mascot, Miami Shores resident Lolo Forsberg experienced a tragedy involving her family's real-life pet rabbit, Poppy. According to Forsberg's description of the fatal encounter on Facebook, Miami Shores police officers responding to what turned out to be an alarm-system malfunction "storm[ed]" her property and released their K-9s, one of which proceeded to fatally attack Poppy, who was in her cage inside the home.

"Thank you Miami Shores Police for storming our house with police dogs that ran in and killed our bunny," Forsberg wrote in a since-deleted May 11 post. "Is this how you deal with a faulty security alarm? How am I going to tell my kids what happened?"

While Forsberg appears to have deleted her Facebook thread about the incident, she'd previously discussed the mishap at length in the public Miami Shores Village Community group, which has roughly 4,000 members. There, she explained that the K-9 was off-leash when it attacked Poppy, and that the family's other bunny was, fortunately, able to escape the ambush.

"They [Miami Shores Police officers] were very sorry afterwards," Forsberg noted in a subsequent comment on the thread, "but that does not help my kids right now."

"Wow! Why did the police go into the home? This must have been horrifying," inquired another.
click to enlarge 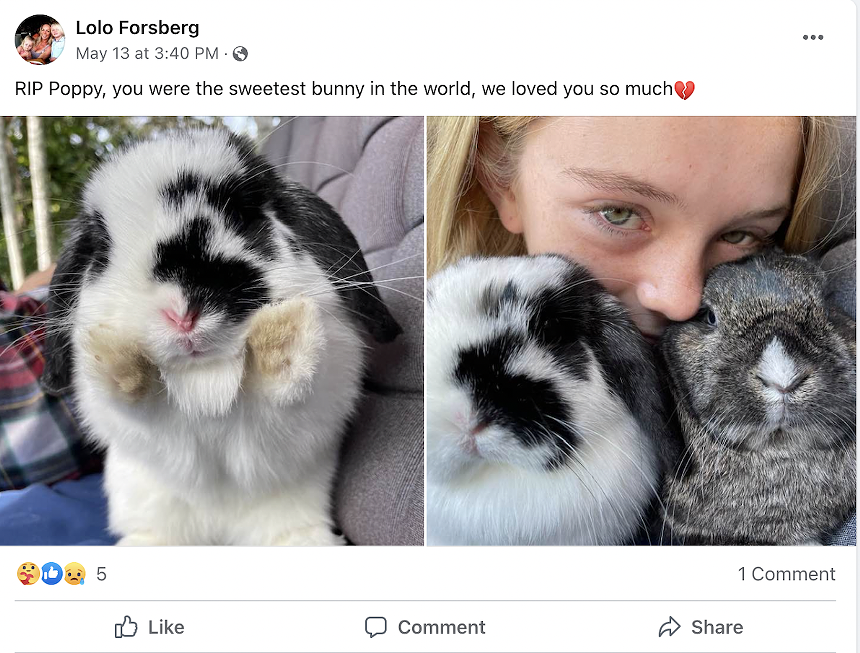 Lolo Forsberg posted photos of Poppy after the fatal encounter.
Screenshot via Lolo Forsberg/Facebook
New Times emailed the Miami Shores Police Department, requesting comment and a copy of the incident report, if one exists. The MSPD has not responded.

In a brief text message, Forsberg explained that city officials asked that she not discuss the incident on social media.

"We are currently working with Miami Shores village manager and police department, they asked me to not write about it on social media," Forsberg wrote. "As soon as we have met with them I can let you know how this case will be resolved."

Miami Shores Village Manager Esmond Scott tells New Times he has yet to review the incident report and can't comment. He did say he believes the incident took place on May 11, the day Forsberg posted about it on Facebook.

In a May 13 post about Poppy's death, Forsberg shared photos of the small black-and-white rabbit alongside the family's other tawny-colored hare. In one photo, a pink-nosed Poppy is standing on her hind legs with her small, furry hands in the air. Another image features a girl nuzzling the two floppy-eared bunnies.

"RIP Poppy, you were the sweetest bunny in the world," Forsberg wrote on Facebook with a broken heart emoji. "We loved you so much."