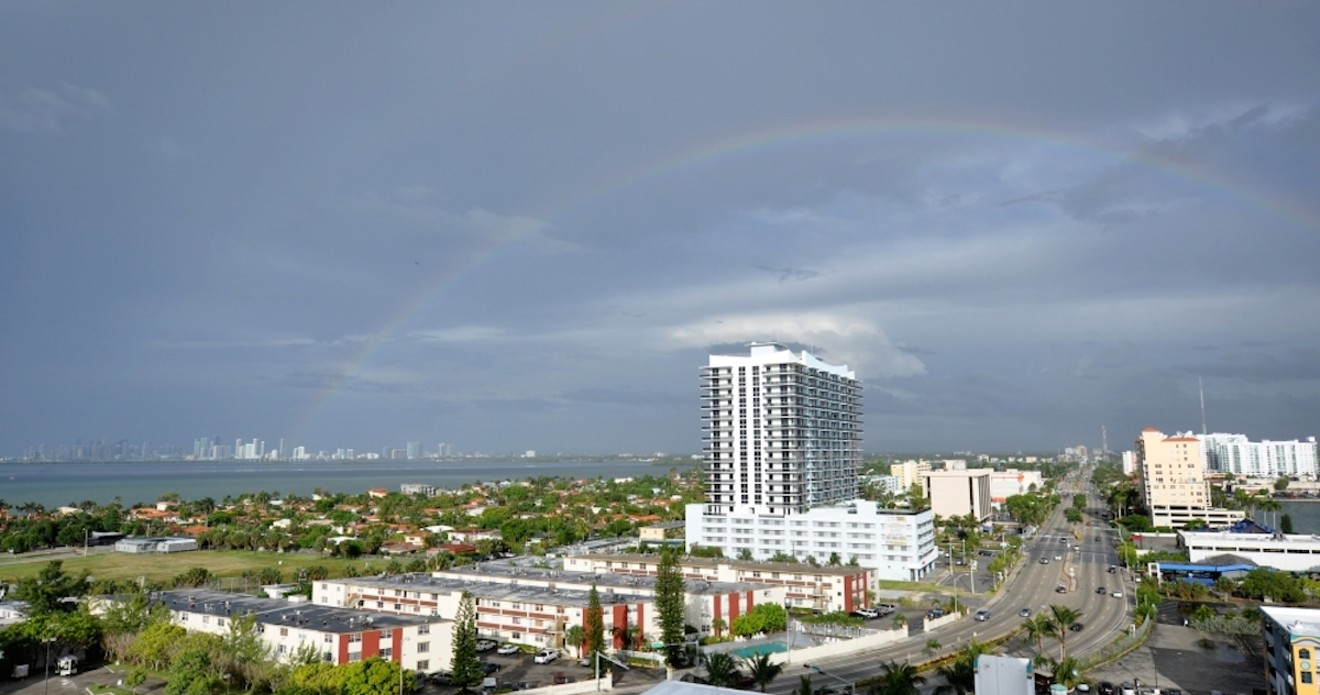 Photo by Ashton Coleman / Flickr
Yesterday North Bay Village's new city manager, Marlen Martell, called in Police Chief Carlos Noriega and offered him a choice: Either resign or be fired on the spot. Noriega says he was stunned, not just because he felt he had significantly improved the village's force in his two and a half years on the job.

Noriega was also shocked because he had warned the city that he was protected from retaliation under Florida's whistleblower laws after informing state investigators about two potential criminal cases involving North Bay Village leaders. Yet the police chief has a hard time seeing his abrupt termination as anything but payback.

"I've fallen out of favor with the mayor because I've done the right thing with public corruption allegations," Noriega says. "If an injustice is done, I'm going to pursue it. It's the right thing to do."

North Bay Village Mayor Connie Leon-Kreps didn't immediately respond to a message from New Times. Martell, meanwhile, claimed not to know about Noriega's whistleblower claims when she fired him this morning.

What's more, Noriega says the city attorney, Norman Powell, promised he would thoroughly inform his replacement about all the complaints by the chief. Noriega says his own attorney even sent Martell an email when she was confirmed as city manager last week outlining why the chief had a legal status as a whistleblower.

"It boggles the mind that she would say she had no clue about those cases," Noriega says. "I'm happy to have my attorney have a full conversation with her so she can be brought up-to-date and see that she was either ill-informed when she fired me or that she's been hoodwinked about what's going on."

Noriega first went to state investigators last May after Commissioner Douglas Hornsby revealed that someone was trying to blackmail him over cocaine charges he'd been convicted of in the early '90s. The chief asked the Florida Department of Law Enforcement (FDLE) to open a criminal case to try to determine who was making the threats; a local blogger later reported that Leon-Kreps and another commissioner were being investigated in the case, leading the mayor — who denies any connection to the blackmail — to threaten the blogger with a lawsuit.

An FDLE spokesperson says the agency has finished investigating and passed its findings along to prosecutors; Noriega says he was told the case remains open in the public corruption unit, though the Miami-Dade State Attorney's Office declined to confirm or deny that, citing office policy.

Noriega says he filed a new complaint with the FDLE in January about potential wrongdoing involving city leaders. The chief declined to discuss the specifics of that complaint, and the FDLE says it doesn't have an official probe into those allegations open at this time.

But Kevin Vericker, a local blogger who writes about North Bay Village, says the new complaint came after a third-party data company was paid to copy information from the city's servers. Vericker says the chief complained after officials allowed the company to copy sensitive Homeland Security and FDLE information from the police servers despite his warnings.

After his firing, Noriega sent a letter to village residents warning he'd been removed because he'd tried to warn the city about potentially illegal activity:

Unfortunately, the Mayor and City Attorney's coordinated effort to have me removed as your Chief of Police was executed through their newly hired Village Manager, who showed little to no interest in my numerous attempts to enlightened her about my legal situation as a whistle blower during the eight (8) days since she started. I firmly believe the decision to terminate my employment was already made by the Village Attorney and the Mayor. The Village Manager was clearly put on notice and had prior knowledge that I was seeking legal "whistle blower" protection. Remarkably, the Village Manager chose ignore the law anyway and take adverse action against me by unlawfully discharging me from employment. I suppose those are the chances I took when I committed myself to doing the right things by pursuing justice and exposing behavior that created a substantial and specific danger to the public's safety and welfare. More shocking is the investigation(s) into the gross mismanagement, malfeasance and gross neglect of duty I reported to the appropriate legal authorities is still active and ongoing. For over three decades of delivering public safety services to this area, I have never been known to walk away from a fight against unlawful activities and those responsible for such.


Martell says Noriega was fired simply because as a new city manager she wanted a new police chief. "I felt we had to go in a different direction with our law enforcement department," she says.

Noriega says he's waiting to get an official termination letter from the city before deciding on his legal options.

"To me, everything that has happened in that village has put residents at risk," he says. "But at the end of the day, I'm very proud of what we've accomplished in this department over the past two and a half years."

Update 4/26: While an FDLE spokesperson originally told New Times that its investigation into the blackmail case was closed, the agency has now clarified that prosecutors are still looking into the allegations.