The Five Most Expensive Miami Police Department Legal Settlements Since 2010 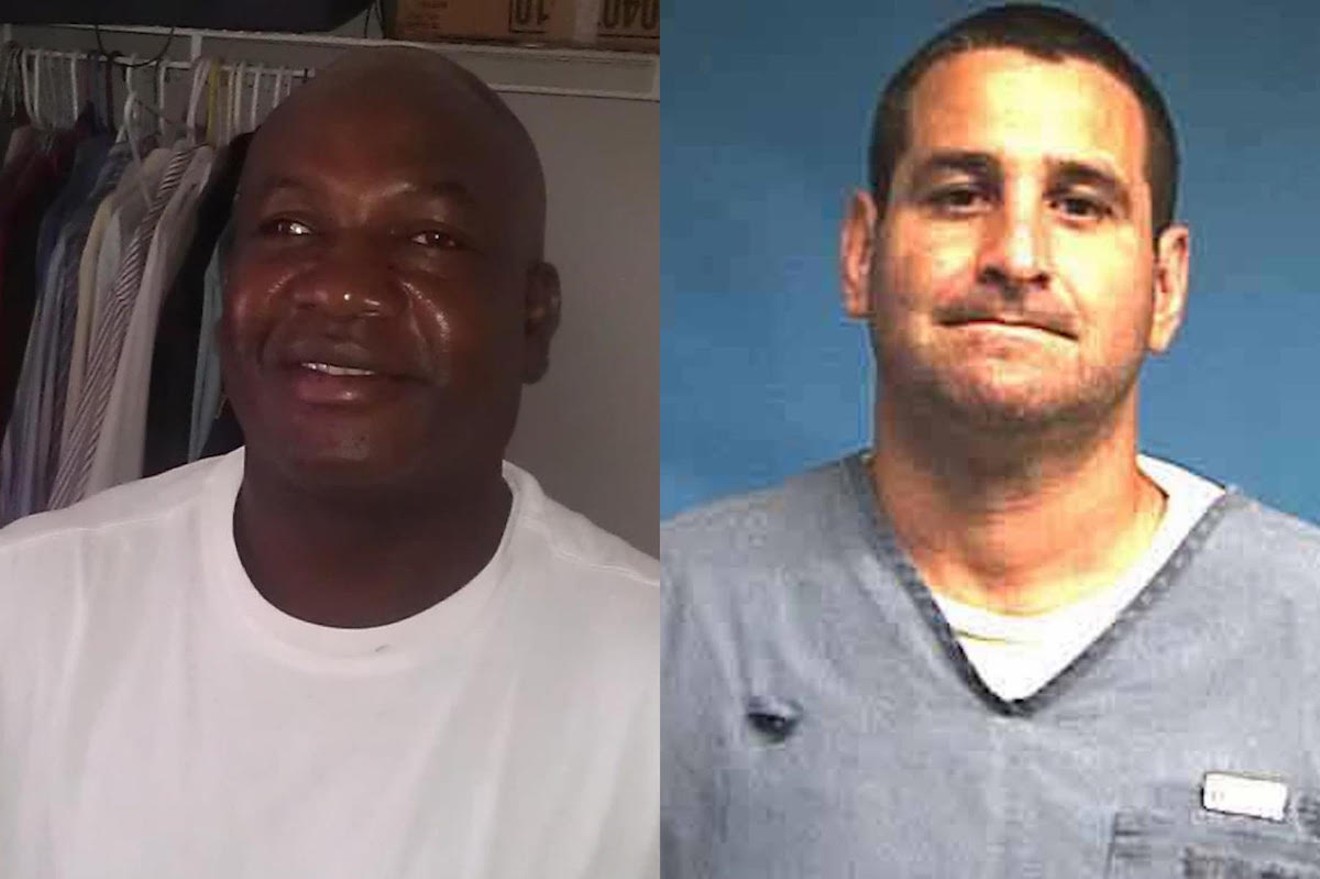 Fritz Severe (left) was fatally shot by a Miami police officer in 2015. Officer Michael Ragusa (right) pleaded guilty to charges of rape and attempted rape of three women. Photo via Facebook, Florida Department of Corrections
The City of Miami has spent nearly $80 million in legal settlements since 2010, according to records obtained by New Times. Some of the payouts have been as inexpensive as the price of a yearly Costco membership (roughly $50) while others cost as much as a private jet ($20 million).

The city spent more than $13.5 million on more than 300 settlements involving the Miami Police Department (MPD). Of those, the five most expensive cost the city a total of $4.4 million.

From an unarmed homeless man fatally shot in while more than 50 children looked on to a man wrongfully accused of homicide on the A&E reality show The First 48, here are the five most expensive cases the MPD has settled from January 1, 2010, through September 30, 2021.

In 2009, a camera crew with the reality-TV show The First 48 shadowed MPD officers as they investigated the murders of 18-year-old Jonathan Volcy and 14-year-old Raynathan Ray in Little Haiti.

As the show's premise suggests, MPD officers arrested Volcy's and Ray's friend, 21-year-old Taiwan Smart within 48 hours. During that time, Smart endured 15 hours of nonstop interrogation and begged more than 80 times to take a polygraph test, swearing that he hadn't killed the two teens.

Officers denied Smart's requests and charged him for the crimes. He spent 19 months in jail before someone else took responsibility for the murders. Smart later sued the city for wrongful arrest and violations of his civil rights.

As chronicled in a 2014 New Times story about the case, "Miami Police would grossly misrepresent witness statements and tell outright lies" to lock up Smart, all while ignoring the man actually responsible for the murders.

It was just before 2 a.m. on August 21, 2011, when MPD officer Rafael Borroto approached Drew Randolph Pozdol outside the Via Del Rio pool hall in Allapattah. The 26-year-old was attempting to get inside after having been denied entry.

Borroto said he fired four shots after Pozdol shoved him and came at him with a knife with six-inch blade. While a knife was recovered at the scene, witnesses said they did not see Pozdol holding it at the time of the shooting. Pozdol died of his injuries.

Two years after the shooting, Pozdol's mother, Cathlyn Pozdol, filed a wrongful-death lawsuit against the city, Borroto, and then-Miami Police Chief Manuel Orosa. Pozdol stated that her son was unarmed when he was killed during the "illegal, negligent, and improper" shooting.

Early in the morning of March 19, 2007, Kenia Perez was headed home after a ten-hour shift at a South Beach restaurant when she ran into MPD officer Michael Ragusa. Ragusa flagged down the 31-year-old woman, forced her into his MPD patrol car, and sexually assaulted her.


Ragusa was arrested the following day and in 2008 pleaded guilty to charges of rape and attempted rape of three women, including Perez. In 2010, Perez sued the city, alleging, among other things, that the city had failed to weed out bad officers like Ragusa. In court filings, Perez described how she suffered from post-traumatic stress disorder following the attack and eventually left the United States.

Lynn Weatherspoon's family says he was walking to a corner store on New Year's Eve in 2010 when he was shot and killed by MPD officer Maurice Sodre in Overtown.

Investigators determined Weatherspoon dropped a firearm from his waistband as he was running away from Sodre and appeared to reach for it "despite repeated warnings to stop." But they also noted that Weatherspoon never actually pointed his weapon at the officer. A witness said Weatherspoon was drunk at the time and fled from police in a moment of panic.

Sodre's attorney said his client shot Weatherspoon because he feared for his safety, and the Miami-Dade State Attorney's Office eventually cleared Sodre in the shooting. The incident sparked a federal investigation into the MPD after seven Black men including Weatherspoon were killed by officers during a seven-month span between 2010 and 2011.

On June 11, 2015, a worker at a park outside the Culmer/Overtown Branch Library called 911 to report that a homeless man might be bothering children attending a nearby summer camp, according to the Miami Herald. Other witnesses said the man, Fritz Severe, was a regular in the park and always carrying his "little stick."

When MPD officer Antonio Torres arrived at the park, Severe was holding a three-foot-long metal pipe. He shot Severe ten times as more than 50 kids looked on.

In 2017, Severe's family sued the city, claiming Torres "unjustifiably and without provocation" shot and killed Severe.

In April of 2020, the city settled for $300,000.
KEEP MIAMI NEW TIMES FREE... Since we started Miami New Times, it has been defined as the free, independent voice of Miami, and we'd like to keep it that way. With local media under siege, it's more important than ever for us to rally support behind funding our local journalism. You can help by participating in our "I Support" program, allowing us to keep offering readers access to our incisive coverage of local news, food and culture with no paywalls.
Make a one-time donation today for as little as $1.