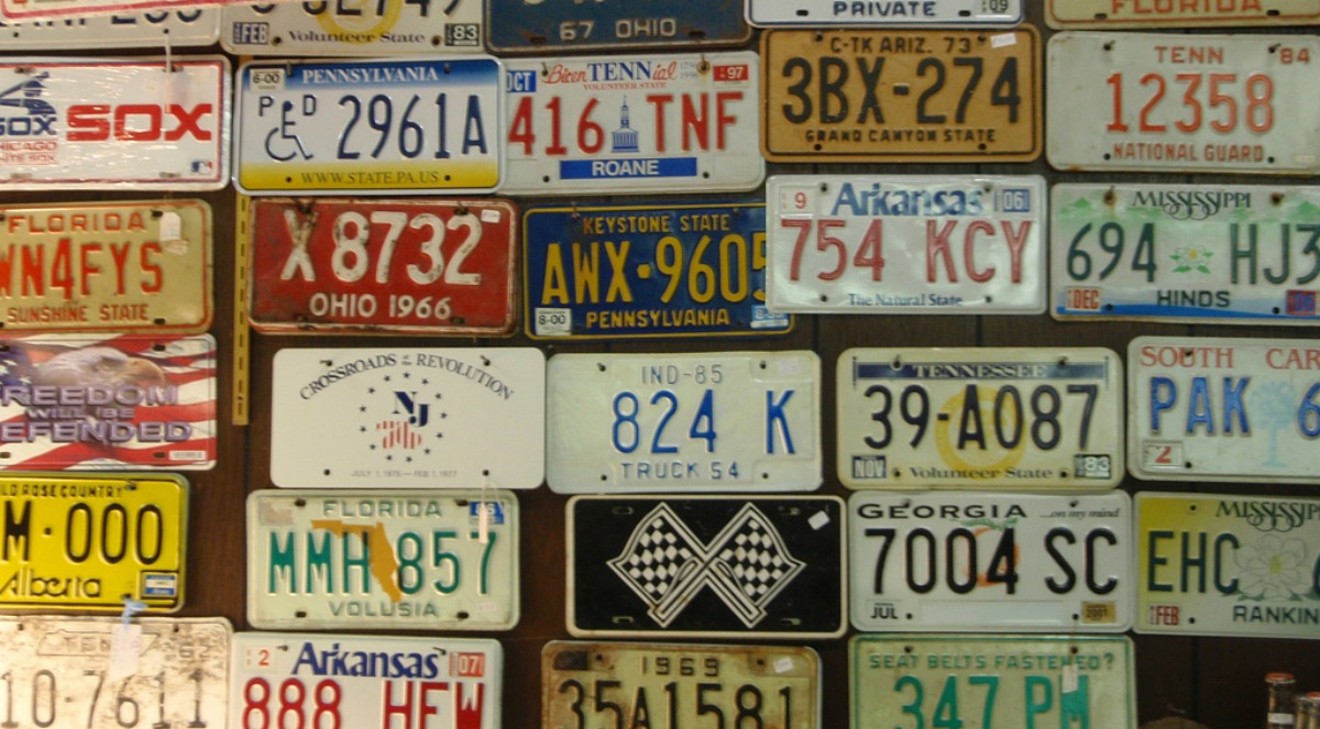 Photo by Joel Kramer / Flickr
Last summer, the Miami Gardens Police Department held a ribbon-cutting ceremony for its new "Real Time Crime Center" — a command-center-like room equipped with video walls and laptops where detectives monitor what's happening around town. The city pitches the center as a boon for a high-crime corner of Miami-Dade, but the heavy surveillance also makes civil rights activists uncomfortable in a city already rattled by one major police harassment scandal.

Readers will be installed at 24 intersections, according to city records. They'll help cops watch for wanted criminals, the police department says, and thus help prevent crime.

"This would allow for real-time surveillance or interception of individuals who are actively engaged in or preparing to carry out criminal acts," staff wrote in a summary of the funding request.

But groups such as the American Civil Liberties Union have raised concerns about the use of license-plate readers, which can violate the privacy of innocent civilians if not implemented properly. They can help track down criminals, but because they take photographs of every car that passes, they also track — and store — the everyday movements of people who have done nothing wrong.

In some cases, the ACLU reported, agencies held onto the data for years.

One California man became alarmed after discovering license-plate readers had taken at least 112 photographs of his two vehicles, including one that showed him and his daughters getting out of his car in their driveway.

"While it is legitimate to use license plate readers to identify those who are alleged to have committed crimes, the overwhelming majority of people whose movements are monitored and recorded by these machines are innocent, and there is no reason for the police to be keeping records on their movements," the ACLU wrote.

That's particularly a concern in Miami Gardens, where only three years ago, the chief resigned after reports that police routinely harassed mostly black patrons at a local convenience store, where cops arrested the same man more than 400 times over five years.

"What this allows us to do," Mayor Oliver Gilbert told Channel 10 (WPLG) during the ribbon-cutting event, "is augment police presence without multiplying police bodies."