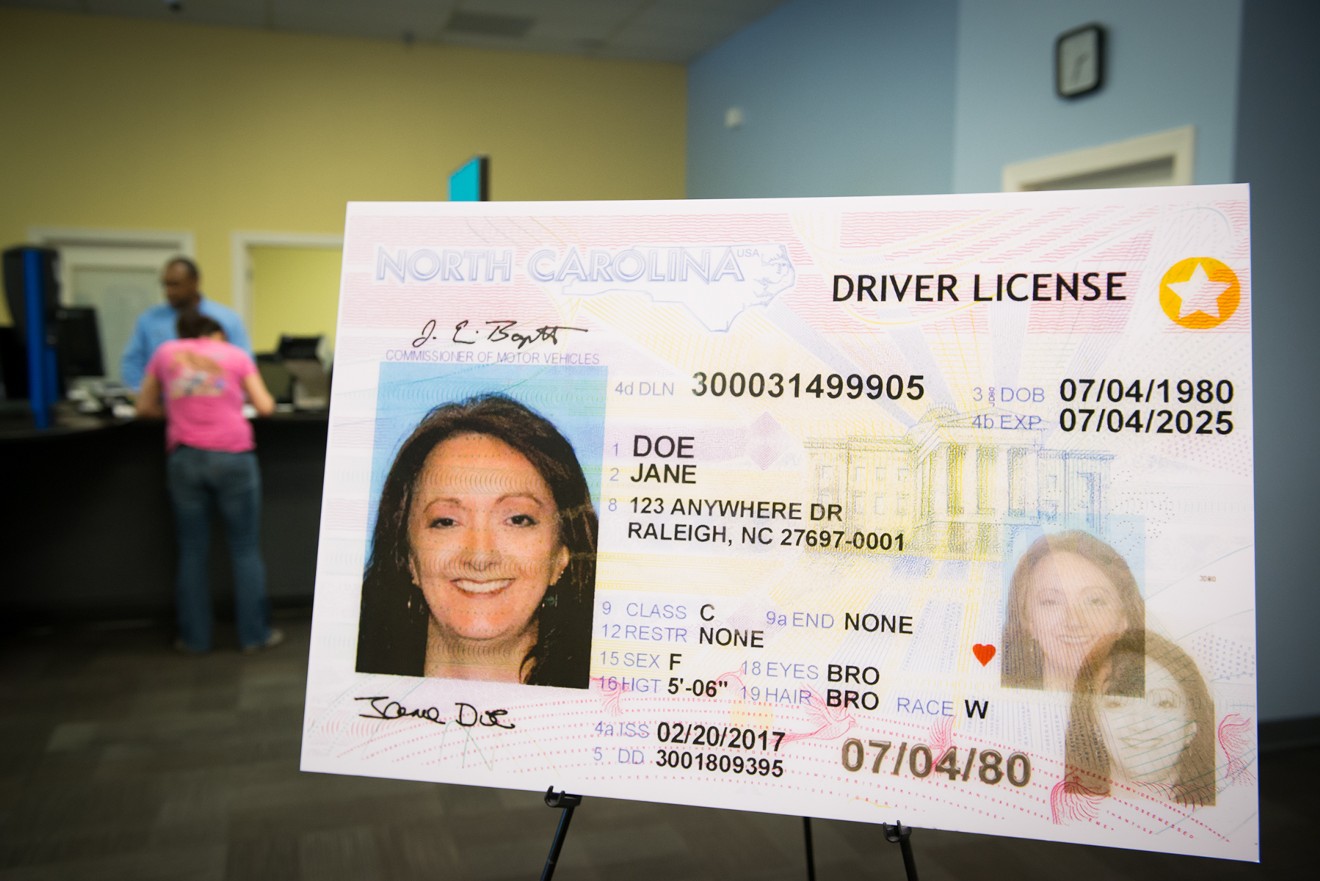 Without an ID, it's difficult for people to access housing, medical treatment, and municipal services. Photo by NCDOT Communications/Flickr
If you don't have a government-issued ID in Miami-Dade, you can't rent an apartment, register your kid for school, check out a library book, open a bank account, seek medical care, or get vaccinated for COVID-19.

People living without IDs — a group that includes minors, formerly incarcerated people, the homeless, undocumented residents, victims of domestic violence, and those in the process of a gender transition — can't prove who they are and are often barred from accessing basic services. But community advocacy groups are trying to change that.

"A community ID is a small piece of the broader work of uniting people and helping them feel more of a sense of belonging in their community," says the Rev. Aaron Lauer. Lauer's Congregational United Church of Christ in Coral Gables is a member of People Acting for Community Together (PACT), an interfaith group that has been pushing for a community ID program in Miami-Dade for years.

County commissioner Eileen Higgins is preparing to introduce legislation to create such a program. If everything goes according to plan, Higgins says the measure to create a Miami-Dade community ID program will be assigned to a committee in mid-May and be discussed by the board of county commissioners in early June.

All Miami-Dade residents would be eligible to apply for community IDs, which would provide them with photo identification that they could use locally to access municipal services, identify themselves in an emergency, open bank accounts with a local credit union, or do business at a check-cashing store.

For privacy reasons, the IDs would be administered by a nonprofit rather than by the county. The county mayor would ultimately decide the cost of the IDs and what organization would administer them.

Thomas Kennedy, a community organizer and immigrant-rights activist, says it's especially important for undocumented immigrants and others to have photo ID in case of emergency. Kennedy recalls that on the day of the September 11 attacks, his mom couldn't pick him up early from school because his family was undocumented and had no identification to show.

"My memory from 9/11 was almost everyone got picked up from school except me," Kennedy says. "If there’s a family emergency, it's hard to act if you don't have an ID."

An ID can also prove vital during a local emergency. When Hurricane Irma hit Miami in September 2017, the bridges to Miami Beach were shut down and anyone who'd been staying in shelters or with family on the mainland needed to show an ID before being allowed to return to the Beach. Many people who lived or worked on Miami Beach and had no ID weren't allowed into the city, Kennedy says.

"Let's get these IDs," he says. "We can't have people in our community running around without IDs when shit hits the fan, like when there's a virus or a hurricane."

Claudia Navarro, deputy director of WeCount, a Homestead-based organization that helps immigrant workers, says the nonprofit has its own form of IDs that WeCount members use in the community to seek medical care, cash checks, and identify themselves to police when necessary.

Navarro and Kennedy say that sometimes police will exercise discretion and not arrest someone for a civil violation when they can provide some form of ID, even if it's not a driver's license or state-issued ID card.

"They can give a civil citation or a notice to appear in court because they can check that this person is who they say they are," Kennedy says. "In Florida, that has huge implications. Encounters with law enforcement can result in a detainer being placed on you, and you can end up in immigration detention."

Miami-Dade previously tried to implement a local ID program in 2015. County commissioners voted to approve a measure asking then-Mayor Carlos Giménez to issue a report about the feasibility of creating a municipal ID program.

The report took about four years to complete and concluded that municipal IDs come with major privacy concerns.

"By creating a local municipal ID program, a record of cardholders' identity is inevitable," the report stated. "Some municipalities have faced challenges regarding the privacy and identity of cardholders."

Another potential issue: If an ID program is maintained by a city or county government, a list of ID holders would be subject to public-records requests. Advocates worry about a list of undocumented people landing in the hands of Immigration and Customs Enforcement or people with anti-immigrant sentiments.

The difference between municipal IDs, which the commission discussed in 2015, and community IDs, which Higgins is proposing now, is that the former are issued and administered by individual cities or counties, while the latter are administered by a nonprofit or community organization.

Higgins co-sponsored community ID legislation with County Mayor Daniella Levine Cava when Cava was still a county commissioner in late 2019, but the legislation died in committee.

"Obviously with the pandemic, it renewed my focus to introduce the community ID program," Higgins says. "Whether it's access to [COVID] testing or a vaccine, it's never been more important to prove that people live in the community."

Up in Broward County, commissioners recently voted to implement a community ID program. Advocates say the move will expand vaccine access for those who have not yet been vaccinated because they lack a government-issued ID.
KEEP MIAMI NEW TIMES FREE... Since we started Miami New Times, it has been defined as the free, independent voice of Miami, and we'd like to keep it that way. With local media under siege, it's more important than ever for us to rally support behind funding our local journalism. You can help by participating in our "I Support" program, allowing us to keep offering readers access to our incisive coverage of local news, food and culture with no paywalls.
Make a one-time donation today for as little as $1.