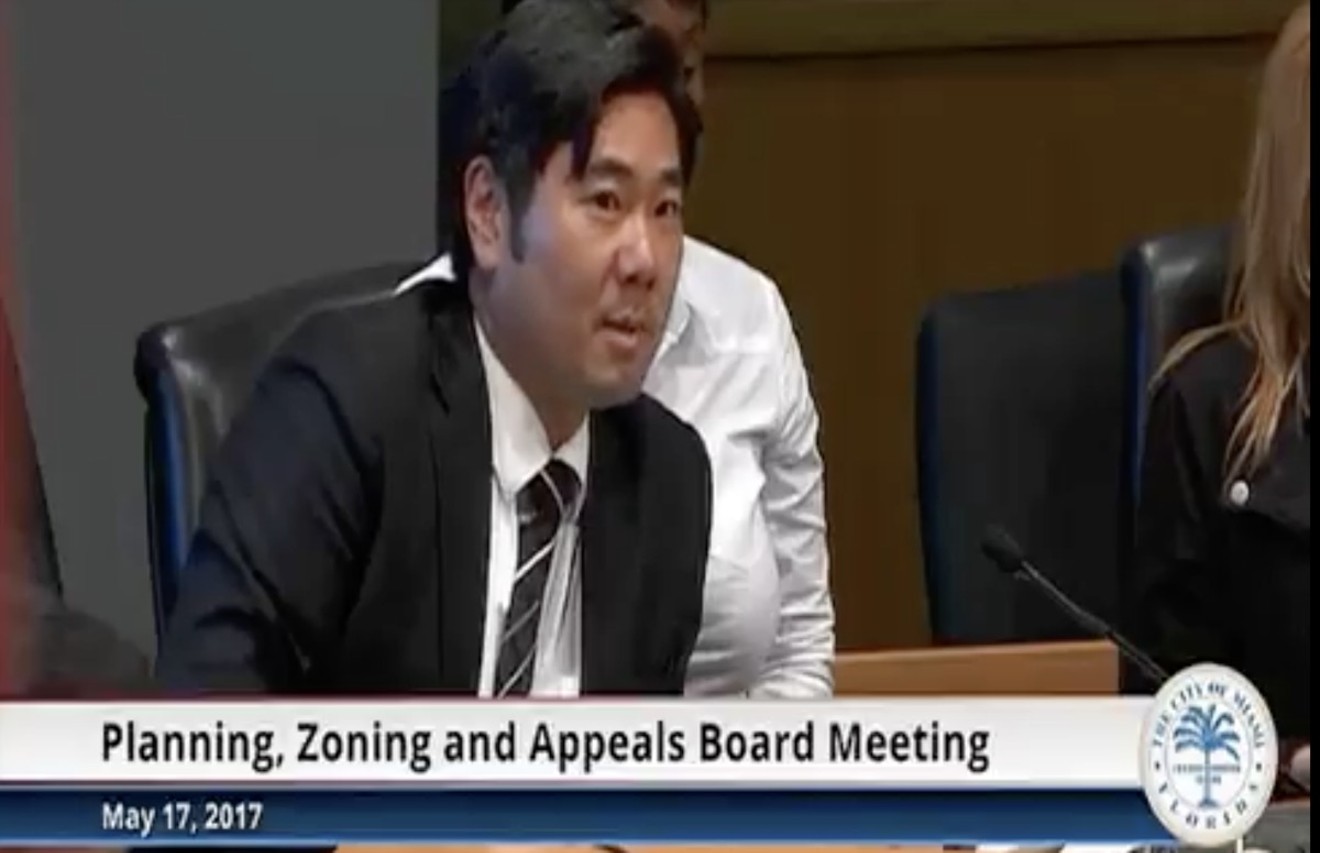 via City of Miami

In 2017, legalizing medical marijuana is not a crazy fringe position. To date, 29 states plus Washington, D.C., have all allowed sick people access to the drug. In November, an overwhelming majority of Florida voters agreed that the Sunshine State should also write legal medical pot into the state constitution.

Don't tell the legal minds in the Miami City Attorney's office, though. Reefer Madness is apparently still playing on repeat down at Dinner Key, to the point that a deputy city attorney at last night's Planning, and Appeals Board meeting insisted that — Florida voters' will aside — pot remains totally illegal.

And then he compared legalizing medical marijuana to allowing sex with children. Really!

"If the City of Miami for some infinite, god-forbidden reason thought sex with a child was a great way to recover from some issue, and so we wrote it into our city code, just because the city says it's legal does not mean it's legal," said Deputy City Attorney Barnaby Min. "So just because for marijuana, we say marijuana is legal and the state says it's until the federal government says it's legal, it is not legal."

Min's remark was met with a full three or four seconds of extremely awkward silence inside the city hall chambers.

Min was responding to a pretty simple line of questioning from Gramps owner Adam Gersten, who sits on the board. Gersten was trying to draw the city out on how it would deal with medical marijuana now that it's fully legal in Florida.

To be fair to Min, he did preface his answer by warning, "This is a very poor example," so he did say one completely factual thing last night.

But looking past his deranged comparison between a benign drug medically proven to help a range of patients and, you know, child rape, Min and the city's overall position is no less laughably absurd.

Min was broadly speaking on behalf of his boss, City Attorney Victoria Mendez, who has apparently taken the position that — 72 percent of Florida voters be damned — medical marijuana still isn't legal in the City of Miami because of federal laws.

When Gersten, sensibly, asked how more than half the states in America could regulate and tax marijuana without anarchy breaking out in the streets, another assistant city attorney replied, "I have no idea, sir. And I would never recommend to my client to ignore any laws that are out there, including federal laws."

Tallahassee has already done a damn fine job of ignoring the voters' will on medical marijuana, but even the state GOP hasn't gone so far as to insist that the drug is still outright illegal.