Medical Marijuana Is Legal in Florida. Why Are There No Job Protections? 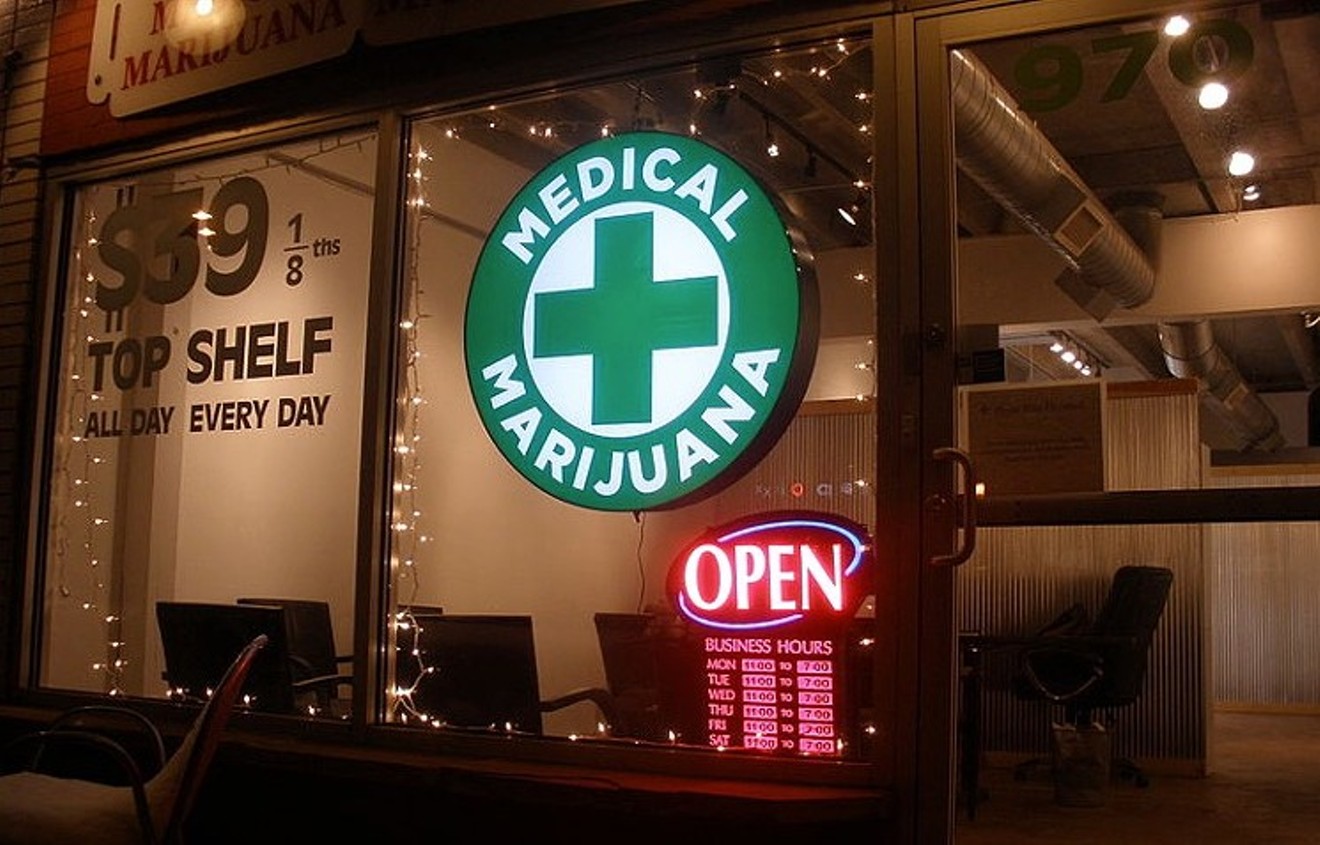 Florida voters legalized medical marijuana in 2016. Photo by O'Dea/Wikimedia Commons
A West Palm Beach city employee was fired last month for failing a drug test. Jason McCarty, the city's deputy chief of information technology, disclosed before taking the urine test that he had smoked a joint at home the previous night for his anxiety and insomnia.

His lawyer told the Palm Beach Post that McCarty didn't want to take a sedative and risk feeling groggy at work the next day. Despite McCarty's assurances that he hadn't smoked during working hours or at his place of employment, the city let him go.

In 2016, more than 70 percent of Florida voters approved a constitutional amendment that legalized the use of medical marijuana for debilitating conditions. The state requires patients to be diagnosed by a qualified doctor to get a Medical Marijuana Use Registry ID card, which McCarty had acquired, according to the Post.

Laws in 20 states prohibit employers from discriminating against workers because of their medical pot use. But as evidenced by McCarty's case, there are no explicit workplace protections for medical marijuana users in Florida. Instead, the state statute on medical pot upholds an employer's right to enforce a drug-free workplace and doesn't require companies to accommodate workers' medical marijuana use.

Two bills introduced in the Florida Legislature would have changed that, but both failed. The first, introduced in 2019 by state Rep. Tina Polsky of Boca Raton, would have barred employers from discriminating against, firing, demoting, or taking any other "adverse personnel action" against any employee who is a card-carrying pot user. The bill included exceptions for people performing "safety-sensitive" job duties, such as operating machinery, fighting fires, driving, handling hazardous materials, carrying a firearm, or caring for children and patients.

Polsky's bill would have required companies to give written notice of an employee's or job applicant's positive drug test and give the person an opportunity to explain those results. Doctor certifications and medical marijuana ID cards would have been considered proof of legal use. And if an employee were to be fired or otherwise penalized for using pot, the bill would allow that person to sue their employer for damages and reinstatement.

The second bill, introduced during the 2021 legislative session, would provide the same protections, but only to public employees — people who work for a municipal government, public school, community college, state university, and the like. Polsky, now a state senator, says the bill she introduced this year did not get any committee hearings, so it has effectively failed.

"I plan to continue bringing it up," Polsky says.

One of the biggest challenges in gaining support, Polsky explains, is that weed is still illegal at the federal level.

"I hope the federal government will take marijuana off the Schedule 1 narcotics list," she tells New Times. "That would really help the situation. This drug is legal when used for medical purposes, and if it's legal to use, then there needs to be regulation within the workplace. I believe it'll create more litigation if you don't have these guidelines in place."

In 2019, Florida was home to more than 300,000 medical marijuana users. Adam Kemper, a Fort Lauderdale employment attorney who specializes in medical marijuana compliance, says that number has increased to about 500,000 over the past two years.

"We have a growing number of users, many of which are active employees and going to workplaces, but as of today, still don't have legal protections," Kemper says.

Kemper says he's concerned about the number of Florida residents registering to use medical marijuana increasing without state-protected job security.

"Something's gotta give at some point," he says. "How are you gonna say you can legally use marijuana but we can't give you any protection in the workplace?"

Dustin Robinson, an attorney and founder of Mr. Cannabis Law in Fort Lauderdale, says that although there are no explicit workplace protections for medical marijuana users, he believes there are some implicit ones.

"I think the first misconception is that under the current law, employers could do whatever they want," Robinson says. "I've had several people who have been terminated, and a lot of times this gets worked out outside of court."

Robinson notes that the Florida statute on medical marijuana says employers aren't required to accommodate on-site medical use at a workplace. But Robinson argues that implicitly, the statute gives room for workplaces to accommodate off-site use. Lawyers in other states have made that argument in employment cases.

Robinson also believes that testing positive for THC alone should not be grounds for termination. The 2018 Farm Bill legalized hemp, a low-THC cannabis sativa plant. Robinson argues that some products containing hemp could yield a positive THC test, even though hemp is legal at the federal level and in Florida.

"Just because there are no explicit protections doesn't mean an employee doesn't have a case," he says.
KEEP MIAMI NEW TIMES FREE... Since we started Miami New Times, it has been defined as the free, independent voice of Miami, and we'd like to keep it that way. With local media under siege, it's more important than ever for us to rally support behind funding our local journalism. You can help by participating in our "I Support" program, allowing us to keep offering readers access to our incisive coverage of local news, food and culture with no paywalls.
Make a one-time donation today for as little as $1.