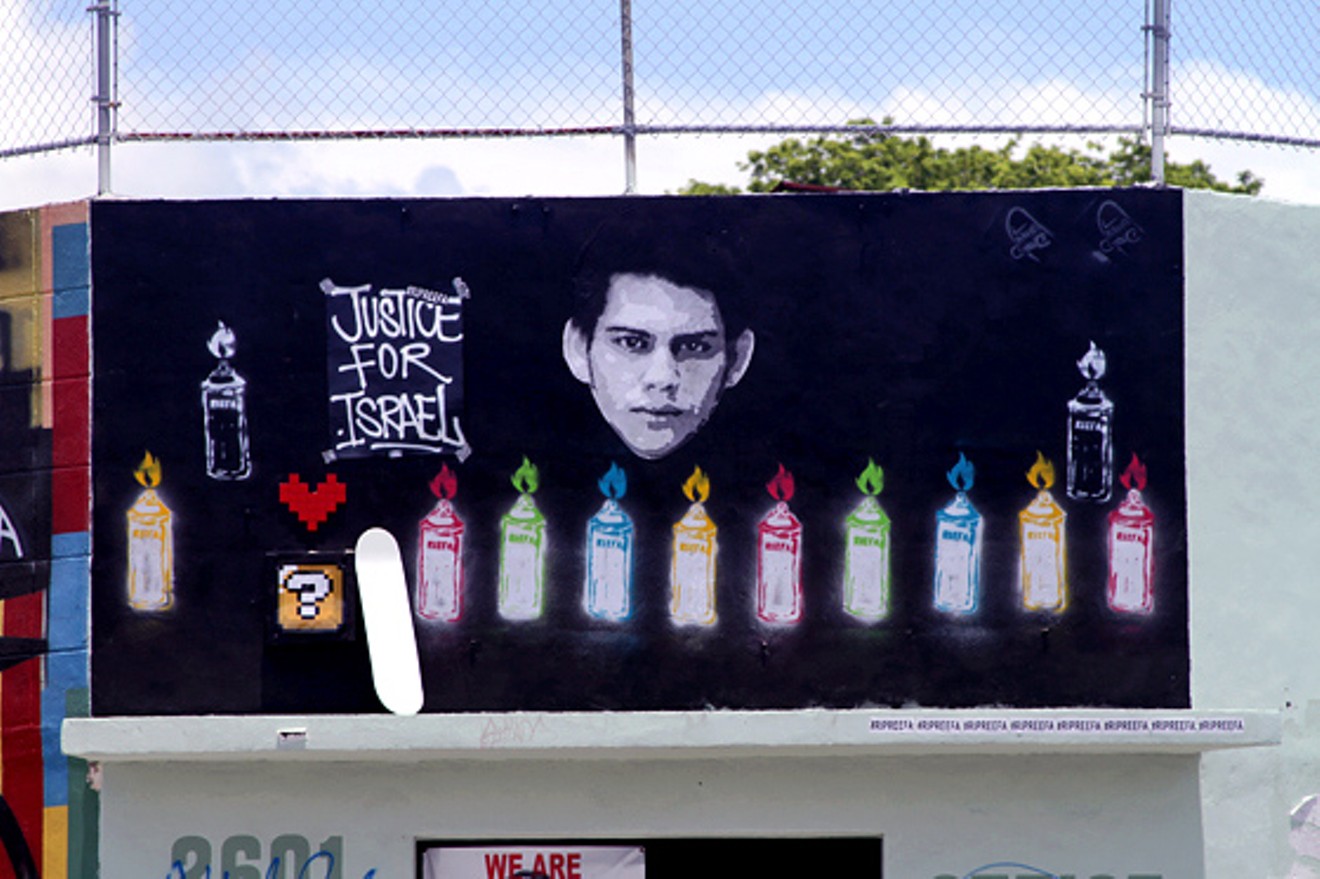 Jacob Katel
In the five years since he was killed by Miami Beach Police while tagging an abandoned building, Israel “Reefa” Hernandez has returned to life in countless street tributes, a graphic novel, a skateboard line, and his own art. Now, the story of the 18-year-old, Colombia-born artist is headed to the big screen.

Miami filmmaker Jessica Kavana Dornbusch learned about Hernandez’s short, art-filled life and his Taser-induced death soon after it happened in August 2013. A second-generation immigrant herself, she was struck by the fact that someone whose family came to America in search of a better future died at the hands of police.

“I found such beauty in his life and the way that he just always knew he wanted to be an artist,” Dornbusch says. “From the time he was young, he always wanted to create and paint, and I just thought that was so beautiful.”

Even at age 18, Hernandez was already winning awards for his work. He dreamed of being recognized as an artist. Then early on the morning of August 6, 2013, while he was spraying waves of paint on the side of an empty McDonald’s, a squad car pulled up. The teen ran and the officers chased him. When they caught up, Officer Jorge Mercado fired his Taser, hitting Hernandez in the chest.

His death sparked protests and made headlines around the world. Mercado was cleared of wrongdoing and in 2017, police settled the Hernandez family’s wrongful death lawsuit for just $100,000.

But Dornbusch’s movie, called Reefa, focuses mostly on Hernandez’s life. His family, who spoke extensively with the director, gave her his poetry and reviewed the script. They are appreciative. “It shows a side of him that maybe was never really out there,” says older sister Offir Hernandez.

After four years of work, Reefa is almost ready to begin shooting. The drama is set to star Jeffrey Wahlberg, a nephew of Mark Wahlberg and a lead, alongside James Franco, in the 2017 indie film Don’t Come Back From the Moon. The film will be shot entirely in Miami-Dade.

But funding such a project is challenging. The film’s backers have turned to Kickstarter to close a gap of $150,000. They’d hit $108,000 by Monday with nine days to secure the rest.

Dornbusch hopes to start shooting this April and have the movie ready for festivals next year. Reefa’s story, she says, is the kind that isn’t told often enough. It's something “the world needs to hear.”

To the Hernandez family, still struggling with the loss of Reefa, the movie is another way of honoring his memory. “To keep him alive in any possible way,” says Hernandez, “it’s what puts a little bit of justice inside our hearts.”
KEEP MIAMI NEW TIMES FREE... Since we started Miami New Times, it has been defined as the free, independent voice of Miami, and we'd like to keep it that way. With local media under siege, it's more important than ever for us to rally support behind funding our local journalism. You can help by participating in our "I Support" program, allowing us to keep offering readers access to our incisive coverage of local news, food and culture with no paywalls.
Make a one-time donation today for as little as $1.