That Jacksonville Lady Wants You to Know She's "Not a Moron" 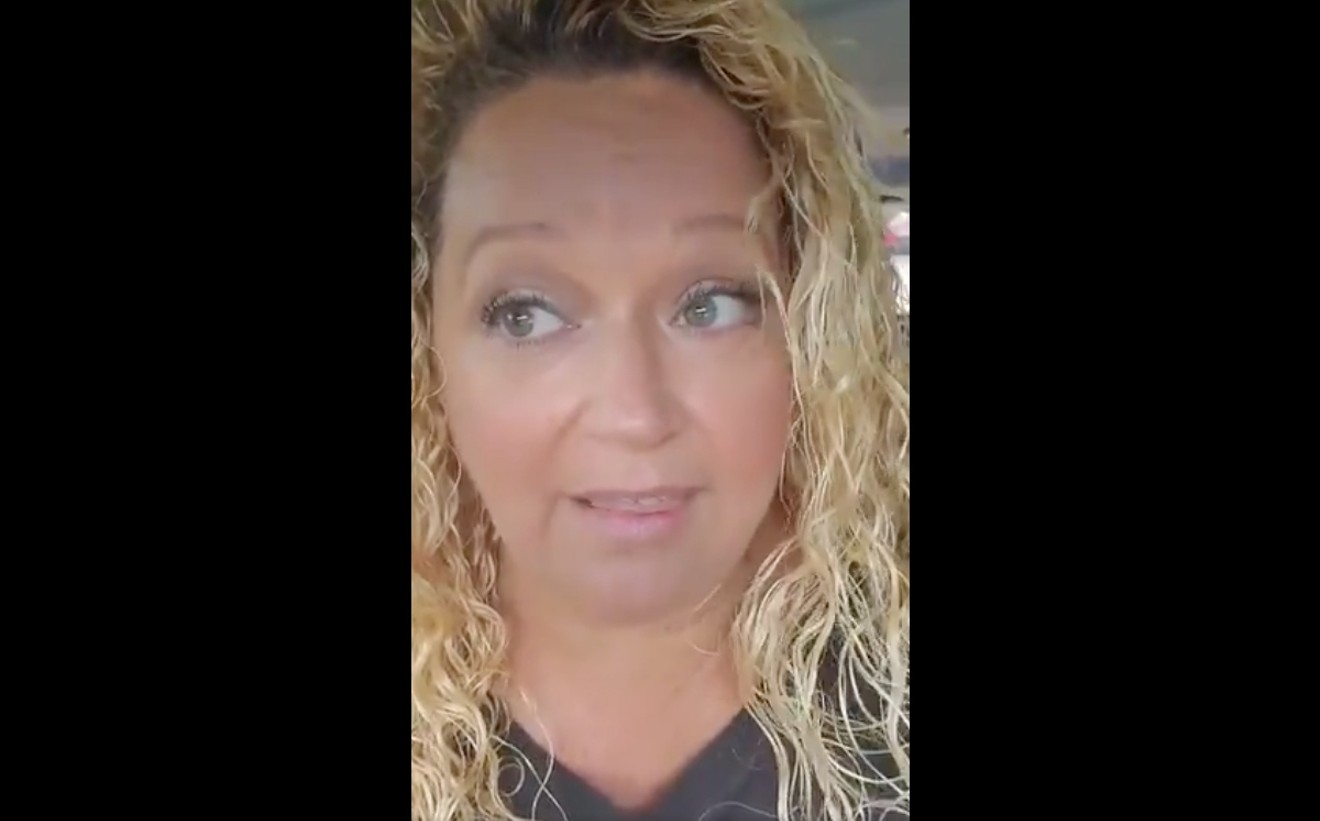 Wendy Diaz hasn't named her character, although she's heard people refer to her as "the Jacksonville Lady." Screenshot via @PinkyD124/Twitter
Born in North Miami, Wendy Diaz has been a Florida woman her whole life.

But even she can see that inhabitants of the Sunshine State sometimes bring ridicule upon themselves. So earlier this month, when photos showing hundreds of Floridians flocking to the recently reopened Jacksonville beaches went viral, Diaz thought parodying a Jacksonville woman defending her city's honor would be funny.

Channeling her best North Florida accent, she filmed a two-minute deadpan video of herself explaining why reopening the area's beaches was, in fact, completely logical.

"I think there are some things that y'all just do not understand," she says in the video. "First of all, we are not talking about Miami. Miami is where y'all got the virus because down there in Miami, you got all them Mexicans and they're drinking all that Corona beer. We do not drink Corona beer here in the city of Jacksonville; we drink Natural Light. Why do we drink Natural Light? Because it's natural, and because it's light. And we don't drink it in them fancy bottles; we drink it in aluminum cans. And aluminum cans cannot have the coronavirus because they are not glass; they are aluminum."

Diaz, a mother of two who works for a construction company, tweeted the video April 18 and didn't think much of it. But in a matter of days, the clip went viral. Multiple people grabbed the video from her Twitter profile and began reposting it on Facebook and in other corners of the web without identifying the source.

Diaz's impression was so spot-on that many viewers thought she was for real. Comedian George Lopez shared the video with his 1.3 million Instagram followers and captioned it "Some JOKES just write themselves."

"[He] thinks I'm serious, which kind of bothered me," Diaz says. "Ana Navarro commented on it too, and I love her. And I want them to know I'm not a moron."

Diaz says she hasn't named her character, although she has heard people refer to her as "the Jacksonville Lady." Since her first video took off, she has posted two others: sticking up for "the great state of Georgia" and defending her right to go to church and shake hands with strangers.

"God is real. I know you can't see him, but you can't see the virus, and the virus is real, so it's the same thing," she muses in the latter. "Maybe that's why God sent us the virus: It's proof just because you can't see something don't mean it's not real."

So far, Diaz says, she hasn't been recognized in real life — mostly because she's staying at home and wearing a mask on the occasions she needs to leave her house. But some of her real-life friends have called to check in on her after seeing the video shared on Facebook.

"I've had people who I know who've seen it on Facebook, and they're calling me going, 'Is this you?'" she says.

Her toughest critics might be her own two kids, ages 15 and 22.

"They basically think I'm an idiot," she says. "They're not impressed at all."
KEEP MIAMI NEW TIMES FREE... Since we started Miami New Times, it has been defined as the free, independent voice of Miami, and we'd like to keep it that way. With local media under siege, it's more important than ever for us to rally support behind funding our local journalism. You can help by participating in our "I Support" program, allowing us to keep offering readers access to our incisive coverage of local news, food and culture with no paywalls.
Make a one-time donation today for as little as $1.