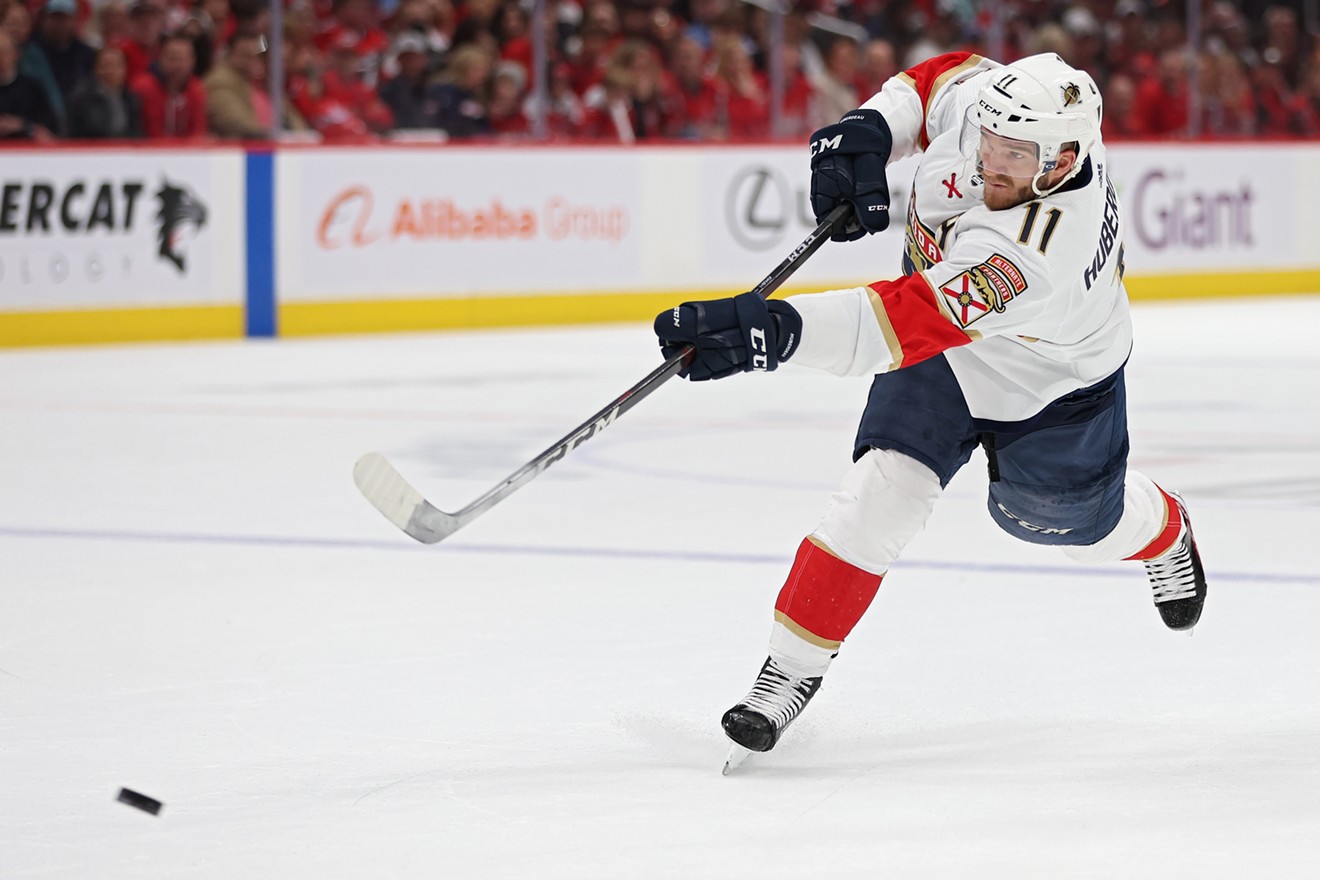 Farewell, Patrick Huberdeau, we'll never forget you. Photo by Patrick Smith via Getty Images
On Friday night, the Florida Panthers pulled off a good, old-fashioned news dump. And to say the team's fans took it a certain way would be an understatement.

News broke on Friday that the team had made a blockbuster trade with the Calgary Flames, sending all-time franchise points leader Jonathan Huberdeau, defenseman MacKenzie Weegar, prospect Cole Schwindt, and a lottery protected, first-round selection in the 2025 NHL draft to the Flames in exchange for 24-year-old forward Matthew Tkachuk.

Following the deal, the Panthers instantaneously signed Tkachuk—one of the brightest offensive weapons in the game—to a rumored eight-year, $75 million extension.

Whew! That's a lot to take in. The Panthers cracked some Friday-night beers and chose violence!

For those unaware, this is the Panthers' version of the Miami Heat letting Dwyane Wade leave in free agency for the Chicago Bulls. Sentiment around the deal—even with a dominant player arriving in return— was...not great!

A ten-year veteran who has never played for a team other than the Panthers, Huberdeau, 29, had his best season this past campaign, notching 30 goals and 85 assists in 80 games.

Here is just a sampling of how Panthers fans dealt with the news of the franchise's No. 3 pick in the 2011 draft being exported to Canada:

Cheer up, Panthers fans. It's not all bad. Tkachuk had career bests of 42 goals, 62 assists, and 104 points this past season for Calgary. He's by all accounts extremely good at hockey! Signing him to a huge deal that keeps him in Sunrise until 2030 is a great sign that the franchise is serious about contending as well.

That doesn't make it hurt any less, though. Change is never easy.

So until the games start up again, expect to see more venting about one of the greatest Panthers ever being sent away.
KEEP MIAMI NEW TIMES FREE... Since we started Miami New Times, it has been defined as the free, independent voice of Miami, and we'd like to keep it that way. With local media under siege, it's more important than ever for us to rally support behind funding our local journalism. You can help by participating in our "I Support" program, allowing us to keep offering readers access to our incisive coverage of local news, food and culture with no paywalls.
Make a one-time donation today for as little as $1.