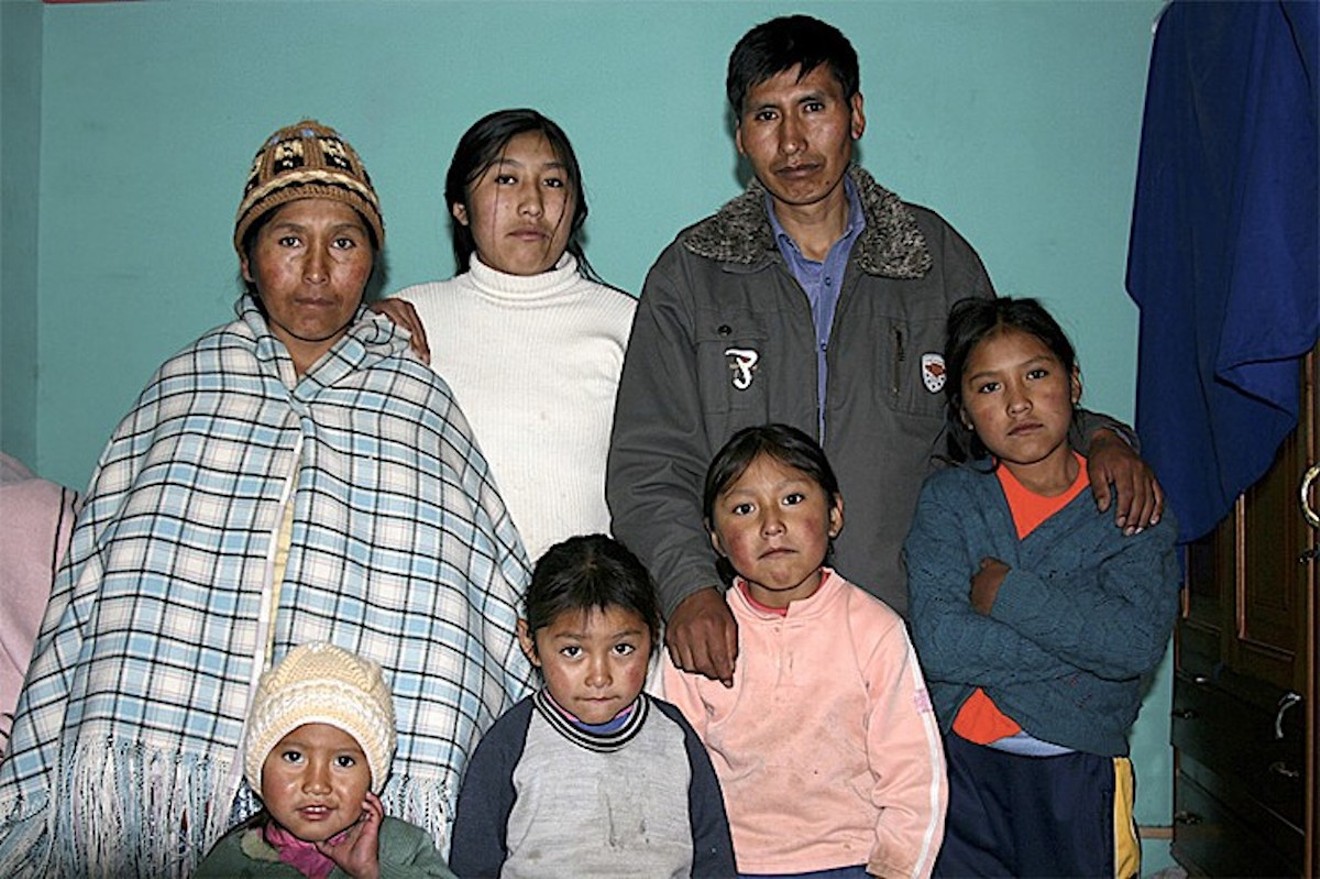 Eloy and Etelvina Mamani are still seeking justice after their 8-year-old daughter was killed by a government sniper. Courtesy of Thomas Becker
For decades, Latin American strongmen have had an escape route when their violent regimes are forced out of power: stashing millions in ill-gotten gains in Florida beachfront property and hiding out in the tropical sunshine. But those days might finally be ending thanks to a landmark jury verdict in Fort Lauderdale yesterday.

A federal jury found two former Bolivian leaders responsible for a bloody government crackdown in 2003 known as "Black October" and awarded $10 million to the families of indigenous peaceful protesters killed by soldiers. The two men, ex-President Gonzalo "Goni" Sánchez de Lozada and former Defense Minister Carlos Sánchez Berzaín, fled to Key Biscayne when they were forced out amid the bloodshed.

"It's a historic verdict because it holds the former president and defense minister to account, and it shows the most powerful people are not above the law in the United States," says Tyler Giannini, codirector of the Harvard Law School's International Human Rights Clinic, which helped bring the lawsuit in South Florida.

Lawyers for the two ex-leaders said they would appeal the ruling.

Experts say the case is the first time former heads of state have faced a human rights trial in U.S. courts over abuses under their regime in their homeland. Getting a verdict against the two leaders, Harvard's human rights lawyers say, should discourage other abusive leaders from trying to escape justice in the United States.

"Leaders who do commit violent abuses like this are absolutely on notice now that there are no safe havens. No matter where they go, those who seek justice will try to hold them to account," Giannini says. "If you come to the United States, not only is there the possibility of being hauled into court, your assets are not safe."

The case against Sánchez de Lozada and Sánchez Berzaín dates to the early 2000s, when the former official — a U.S.-educated, business-friendly politician — took power and tried to sell off Bolivia's natural gas resources to foreign corporations. Indigenous leaders mounted huge peaceful protests, bringing the country to a halt, and Sánchez de Lozada responded by sending out the military in force.

The armed forces ended up killing 58 civilians and wounding more than 400 before Sánchez de Lozada's regime was forced from power.

In court, the ex-leaders argued that the deaths were the unfortunate side effect of a chaotic situation and that they were simply trying to restore law and order. But Giannini says his team was able to show the jury that the violent crackdown was the plan all along.

The trial in Fort Lauderdale lasted nearly three weeks, but the jury's verdict, after several days of deliberations, was unanimous.