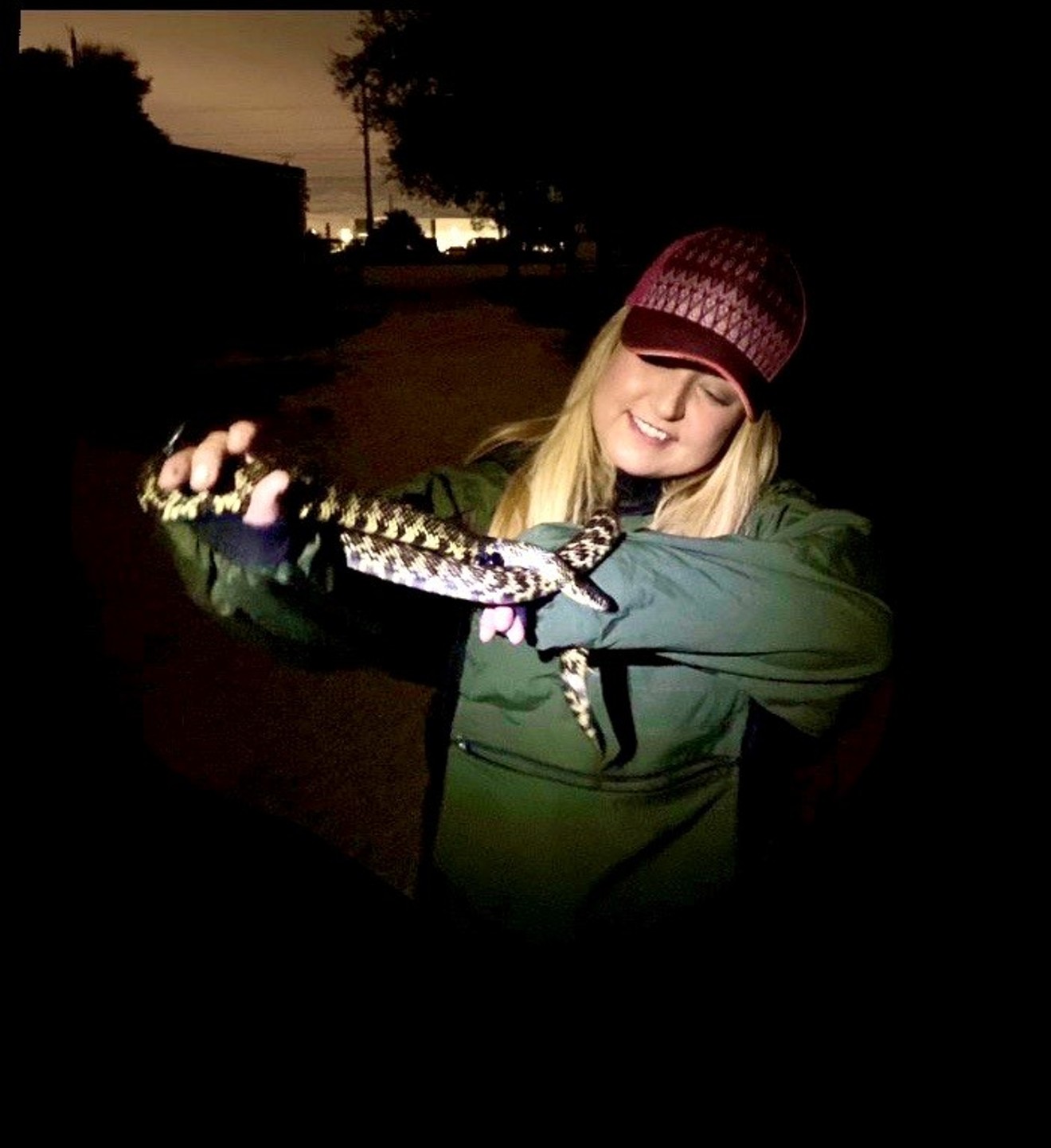 Melissa Miller is the research coordinator for invasive-species projects at UF's Institute of Food and Agricultural Sciences. Her research at a "Croc Docs" laboratory in Fort Lauderdale has focused on Burmese pythons and other invasive reptiles and their effects on local ecosystems.

In a study published June 24, Miller found that a species of lung parasites, brought here from Southeast Asia by the invasive Burmese python, has been infiltrating Florida's native reptiles and mammals and thriving in the bodies of animals that are not inured to their presence.

Because the parasite evolved with the Burmese python in its native Southeast Asia, the python has adapted to deal with it. But Florida snakes have no natural defenses against the parasites, which grow in the lungs of native snakes and feed on their blood. Adult parasites can grow to anywhere from 11 millimeters to 80 millimeters in extreme cases.

The parasite was discovered around 2010. Miller's study found that 13 out of 26 native species of snakes in Miami-Dade and Monroe counties now host the parasites. Miller says more research is needed in order to learn the effects of the parasite on local species.

The university study found that a shrew acted as an "intermediate host" for the parasites because it ate their eggs, which the snakes release into soil and water sources via defecation. Snakes could then eat an intermediate host like the shrew, and the parasite larvae can mature to adulthood in the snakes' lungs.

Miller says the effect of the parasites on intermediate hosts requires more study as well; she speculates that they could cause harm to those species and make them easier targets for predators.

The parasites are only the latest detrimental impact to South Florida brought by the Burmese python, thought to have invaded the Everglades during the 1980s when owners of the exotic pets released them because they'd grown too large to keep. Pythons have since become a subject of ire for Floridians because of the way they decimate local prey populations and outcompete native reptiles.

Florida has invested hundreds of thousands of dollars into eliminating the python population through various programs, including the South Florida Water Management District's Python Elimination Program, which employs hunters to catch pythons and bring them back for study.

Last year, Gov. Ron DeSantis pledged to greatly increase funding for python elimination in the state to bolster those efforts. Randy Smith, a spokesperson for the South Florida Water Management District, says the money has helped.

"The government tripled the amount of money we were able to use for the invasive-species-eradication program. We have 25 more hunters on staff, bringing it to 50 people," Smith says. "The commitment from the government has been tremendous."

Smith says the money has also gone toward researching better tracking technology to find the pythons, given that infrared sensors don't work well on the cold-blooded creatures. He says that this year alone, the district's hunters have caught close to 1,100 pythons.

According to Miller, the parasites run the risk of being yet another form of harm to the Miami ecosystem, and residents should do their part to mitigate their spread by reporting invasive-species sightings to local authorities.

The toll-free number to report invasive species to the Florida Fish and Wildlife Conservation Commission is 1-888-IVE-GOT1.
KEEP MIAMI NEW TIMES FREE... Since we started Miami New Times, it has been defined as the free, independent voice of Miami, and we'd like to keep it that way. With local media under siege, it's more important than ever for us to rally support behind funding our local journalism. You can help by participating in our "I Support" program, allowing us to keep offering readers access to our incisive coverage of local news, food and culture with no paywalls.
Make a one-time donation today for as little as $1.