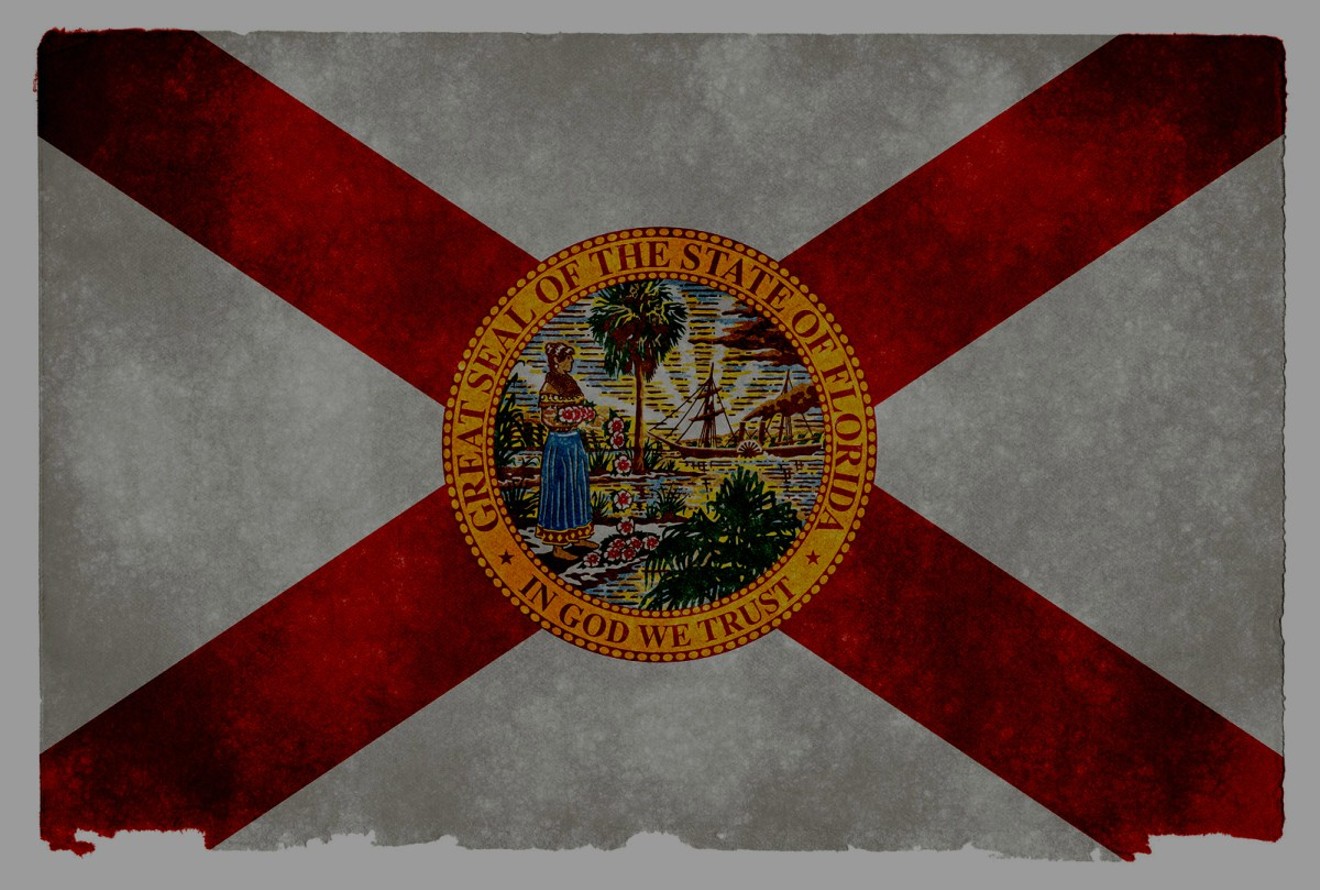 A battle is still brewing in Broward civil court to unmask the source of the Amendment 4 financing. Illustration by Nicolas Raymond/Flickr
Florida's Amendment 4 — the ballot measure that would have made it harder for voters to change the state constitution — fell flat on Election Day. Fewer than 48 percent of Floridians voted in favor of the amendment, far short of the 60 percent needed for it to pass.

The measure would have required ballot-based changes to the state constitution to be approved by Floridians twice in successive elections. It would have been a major impediment to voters' ability to control public policy.

But who funded Amendment 4 remains unclear. The measure was sponsored by an anonymously financed political committee called Keep Our Constitution Clean, whose stated goal was to "preserve Florida’s constitution for future generations."

Ordinarily, political committees have to disclose their donors. But because Keep Our Constitution Clean's funding was routed through a 501(c)4 nonprofit organization, the source of the money has been shielded from the public.

The Keep Our Constitution Clean political committee and the nonprofit had the same name, the same registered executives, and the same mission statement. The nonprofit in 2019 contributed nearly $9 million worth of support to the committee and Amendment 4. The contributions primarily consisted of petition-gathering services to get the measure on the 2020 ballot.

Although the amendment failed to pass, a battle is still brewing in Broward civil court to unmask donors to the cause.

The League of Women Voters of Florida filed the case last month, claiming that Keep Our Constitution Clean donors violated Florida election law by shielding their identity through the nonprofit. The law states that a donor "may not make any contribution through or in the name of another, directly or indirectly, in any election."

The League, which is known for its legal advocacy in progressive causes, is asking a Broward County judge to grant it access to records from both of the Keep Our Constitution Clean groups so that it can identify the anonymous funding sources and file a complaint with the Florida Elections Commission.

Mark Herron, an attorney for the League, tells New Times that using a nonprofit exclusively as a means to mask your campaign contributors is not just an exploitation of loopholes — it's against the law.

"This belief that you can you use 501(c) groups to shield contributors has been around for a while. It's become more and more fashionable, and you see it everywhere," Herron says. "The League believes that contributions in these kinds of issue campaigns ought to be public record."

Herron says the Florida Elections Commission requires "personal knowledge" of an alleged election-law violation before a complaint can be filed. That's why the Broward court case was necessary, he says.

Keep Our Constitution Clean and its representative did not respond to a request for comment from New Times on the League's pending litigation. Spokesperson Sarah Bascom referred questions to attorney Jason Zimmerman, who did not reply to an email.

Bascom told the Tampa Bay Times in 2019 that the nonprofit was complying with election law and using the same legal structure as many other groups. "What you are questioning is the structure. We did not design the structure," she told the paper.

State records indicate that in the weeks leading up to the election, Zimmerman took over as chairman of the Keep Our Constitution Clean committee and as director of the nonprofit. Previously, lawyer Jason Haber was listed in state records as occupying those roles; he resigned as chairman less than a week after the League's court case was filed.

In a letter sent to Haber in September, League president Patricia Brigham demanded that the Keep Our Constitution Clean nonprofit disclose its donors.

"While it is not unusual for a 501(c) organization to take a position for or against a proposed amendment, it is unprecedented for such a campaign to be completely bankrolled by one with anonymous funding sources," Brigham wrote.

The organization did not comply.

Keep Our Constitution Clean's push for Amendment 4 came after the 2018 midterm, in which voters flexed their power to shape the Florida constitution.

Lobbyists no doubt took note of voters' willingness to enact sweeping reforms: Floridians in the 2018 midterm banned oil-and-gas drilling under Florida waters, abolished gambling on dog races, and restored the right to vote to felons who had completed their sentences. Voters passed all but one of the 13 proposed state constitutional amendments, many of which had been put on the ballot by the Florida Constitutional Revision Commission.

Facing heavy media scrutiny during the 2020 election season, the Keep Our Constitution Clean nonprofit group batted away early speculation that it was funded by utility companies. The Orlando Sentinel uncovered an $80,000 donation to the nonprofit from the tobacco company Reynolds American dating back to 2018. (The group maintains that Reynolds American was not involved in Amendment 4.)

The League of Women Voters of Florida has opposed Amendment 4 from the get-go. It claimed the measure stood to benefit powerful corporate interests by giving them a second chance to strike down any voter-initiated constitutional changes that threaten their profit margins.

The donor structure employed by Keep Our Constitution Clean is often referred to as a "dark money" arrangement, whereby nonprofit groups can act as a cover for anonymous donors to fund political activity.

The arrangements are common on both ends of the political spectrum and everywhere in between. Tens of millions of dollars have flowed through politically active nonprofits in each election cycle over the past decade, according to the Center for Responsive Politics.

A complicated patchwork of court precedents and state and federal regulations govern precisely when the contributors to those organizations must be disclosed. But attempts by New Jersey and New York to force politically active nonprofits to reveal their donors were recently struck down in high-profile court cases.

Advocates for transparency in campaign finance did secure a win in August in a Washington, D.C., appeals court. The panel upheld a decision that the Federal Election Committee's rules were too weak to enforce laws governing disclosure of donors who fund ads for or against candidates.

Spending by nonprofits on ballot initiatives tends to be less regulated than their spending in direct support of candidates. Yet some state regulators have taken a hardline approach to nonprofits found to be surreptitiously funneling money to political committees in support of ballot measures.

Maurice Cunningham, a politics professor at the University of Massachusetts Boston who is versed in dark money, points to efforts by the Massachusetts Office of Campaign and Political Finance to punish nonprofits that try to hide their donors.

On the federal level, a lack of enforcement has created a breeding ground for dark money, Cunningham says.

"It's a Russian nesting-doll situation. You have one entity donating to another, and it's very hard to track down where the money came from," Cunningham says.
KEEP MIAMI NEW TIMES FREE... Since we started Miami New Times, it has been defined as the free, independent voice of Miami, and we'd like to keep it that way. With local media under siege, it's more important than ever for us to rally support behind funding our local journalism. You can help by participating in our "I Support" program, allowing us to keep offering readers access to our incisive coverage of local news, food and culture with no paywalls.
Make a one-time donation today for as little as $1.
Izzy Kapnick is a freelance writer for Miami New Times, covering environmental law, white-collar crime, and the healthcare industry. He has worked as a legal news reporter in South Florida since 2008.
Contact: Izzy Kapnick