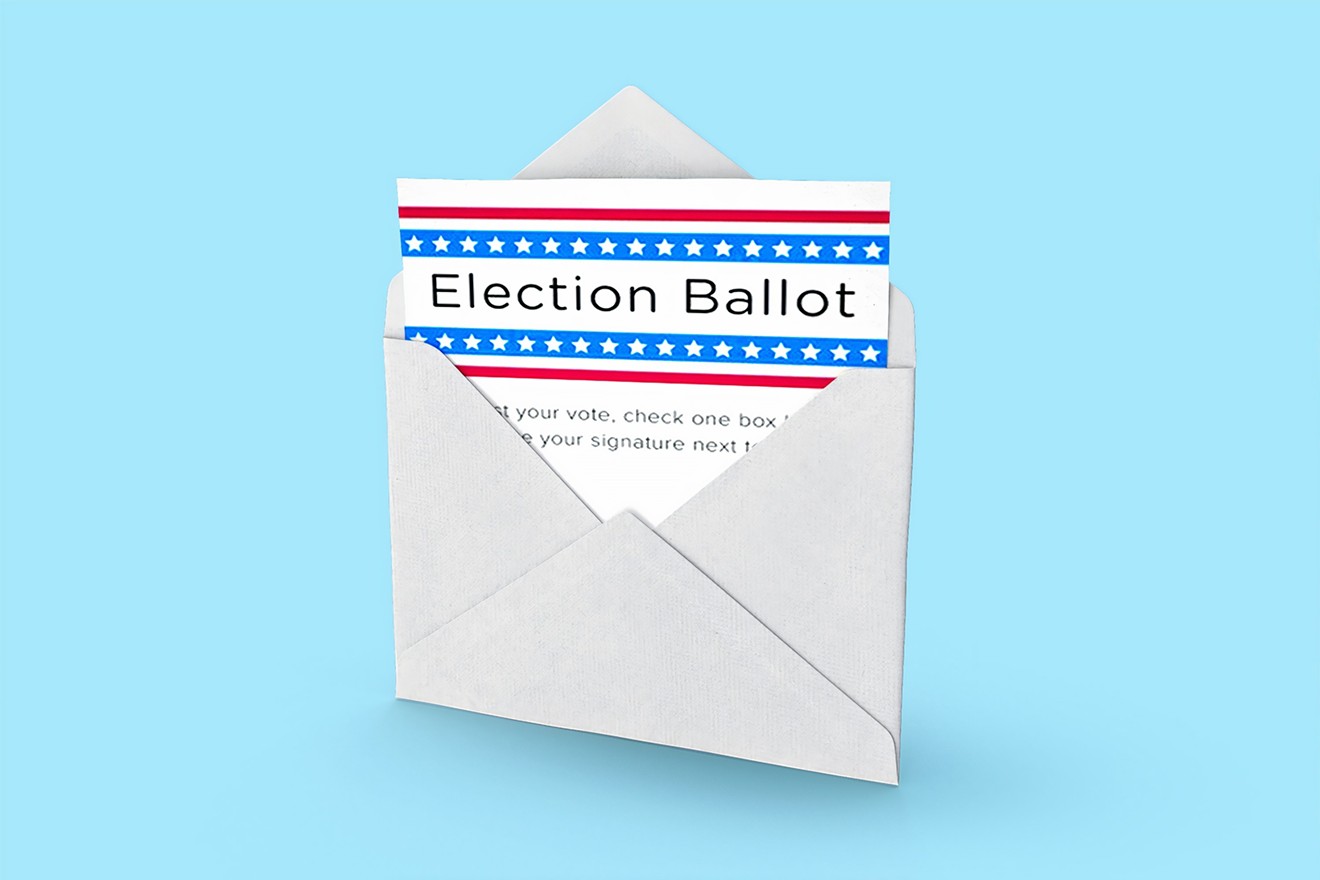 Questions? We've got answers. Image by Morning Brew/Unsplash
This year's presidential showdown promises to be no ordinary election. Voters are up against widespread election misinformation, the potential for voter intimidation and violence, and a president who has cast doubt on the legitimacy of the election and won't commit to a peaceful transfer of power if he loses.

Florida voters have the dubious honor of casting ballots in a hyper-partisan battleground state with a notorious history of Election Day screwups, like the Bush/Gore recount of 2000, the attacks on two counties' voting systems by Russian hackers in 2016, and the Broward ballot blowup of 2018.

This year, Miami-Dade Supervisor of Elections Christina White is anticipating a record-high voter turnout of 80 percent, and she says the elections department is prepared to handle the volume of registered voters casting ballots by mail and in person. Among voters' top priorities this election are the economy, healthcare, and the coronavirus pandemic, which has killed more than 212,000 Americans.

Whether you intend to mail in your ballot or head to the polls in person this year, here's what you need to know about voting in Miami-Dade.

If you're registered to vote in Miami-Dade County and want to vote by mail, you can request a ballot online or by calling the county elections department at 305-499-8444. To request a ballot by phone, you'll need to provide your full name, date of birth, and current address. You can also request ballots for other members of your household.

The deadline to request a vote-by-mail ballot is 5 p.m. on Saturday, October 24.

Equally important: All completed ballots must be received by 7 p.m. on Election Day. Not mailed by. Received by.

United States Postal Service delays have undermined some people's confidence in voting by mail. Still, because of the pandemic, That's why Supervisor of Elections Christina White, who has encouraged voters to consider mailing in their ballots, has also urged voters who do so to mail in their ballots as soon as possible.

"We were already having people walk them in to the department on Friday," White said during a county commission meeting on October 6.

"I understand people are concerned" about the USPS, she said. "But we don't have [much] evidence of any long delays, honestly."

Those who'd rather not use the post office have other options. Vote-by-mail ballots can be dropped off in person at the Miami-Dade Elections Department, 2700 NW 87th Ave., or at the Stephen P. Clark Center Voter Information Center, 111 NW First St., from 8 a.m. to 5 p.m. on weekdays.

And when early voting starts on Monday, October 19, ballots can be placed in a secure drop box at any early-voting location.

Voters can also drop off their vote-by-mail ballots from 7 a.m. to 7 p.m. on Monday, November 2, and on Election Day, Tuesday, November 3, at any of the following locations:
Voters cannot drop off their mail-in ballots at their designated precinct on Election Day. But they can surrender their ballots at the precinct and then vote in person, White said.

Once you've filled out your ballot, you must sign inside the red box on the back of the envelope. State elections departments match those signatures with the ones in voter-registration records to verify voters' identities and protect them against fraud. Failure to sign the envelope could result in having your ballot rejected. Signatures change over time, and if your current signature doesn't match the one on file, your ballot could be rejected.

Voters have the option of providing their email addresses and phone numbers on the back of the ballot envelopes. Election department officials would use this contact information to reach out if there are issues with the ballots.

"If you don't put the contact information on the outside of the envelope, which is how all supervisors of election do it throughout the state, we'd use whatever contact information we have on file, if we have it, and if it's still good," White said.

White said election officials can't open up someone's ballot to review contact information on the inside because doing so would violate Florida election law.

Voters can update their signatures by filling out a voter registration application. But signatures must be updated before a vote-by-mail ballot is received. If a voter forgets to sign the ballot envelope, or if the signature doesn't match, voters can submit a document to "cure" their signature — a term that basically just means verifying or fixing it.

You can track the status of your ballot through every stage of the process. Once you've requested a mail-in ballot, you can keep track of when it gets mailed to your home. And when you mail back your ballot or drop it off at one of the designated locations, you can track when the ballot has been received and counted.

Voters who want to cast their ballots in person rather than by mail have two ways to do so: on Election Day or during the two-week early-voting period beginning Monday, October 19, and ending Sunday, November 1.

Anyone entering a voting location must wear a mask or facial covering and practice social distancing. Poll workers will be required to wear masks, face shields, and gloves. Voters will be asked to sanitize their hands when entering and exiting their polling places, and poll workers will regularly wipe down surfaces, White said during the October 6 county commission meeting.

Early voters have their pick of any location on the early-voting list. But if you're casting a ballot in person on Election Day, your designated polling place is your designated polling place. (As a reminder, people who have requested vote-by-mail ballots can drop them off in a secure ballot box at any of the early voting locations from Monday, October 19, through Sunday, November 1.) If you don't know the location of your voting precinct, check your voter-registration card or the county's online voter-information search tool.

To minimize the time people spend inside a voting location, whether during early voting or on November 3, the county supervisor of elections recommends reviewing a sample ballot before arriving at the polling place.

"Even consider marking it and bringing it with you," White suggested in a video this past summer.

You can find a comprehensive general election sample ballot online. To see a personalized sample ballot, use the county's voter-information search tool.

According to the Miami-Dade elections department, a voter's ID will only be used to confirm their identity and make sure their signature matches the signature in the voter-registration system.

Polling places in Miami-Dade are accessible for people with disabilities who want to vote in person. Every polling place has at least one piece of American with Disabilities Act (ADA)-compliant touchscreen voting equipment, according to the Miami-Dade elections department website. And, of course, vote-by-mail ballots are available to all voters.

Want to work the polls?

If you're a registered voter in Miami-Dade and have an interest in being a poll worker, the county is recruiting. You can apply online or by phone by calling 305-499-8448. Poll workers receive training and are paid a stipend that varies depending on role.

The poll-worker requirements can be viewed before applying. College and university students who are interested in being poll workers can receive service hours in addition to the stipend.

During the first presidential debate, President Donald Trump called on his supporters to "go into the polls and watch very carefully."

Voting-rights advocates and election officials fear that rallying cry could lead to voter intimidation and violence at polling places.

In Florida, poll watchers are allowed to be inside polling rooms. According to the Miami-Dade elections department, each candidate, political party, and political committee "with expressed interest in an issue on the ballot" can have one poll watcher in each polling room or early voting area at any one time during the election.

Poll watchers are required to wear ID badges while inside a polling room or early-voting area.

Florida statutes say that voter intimidation is a third-degree felony. The document embedded below has information about how voters can file complaints about election fraud or any problems at the polls: