Dr. Miami's $600 Stimulus Sale on Penis Enlargements Was Too Good to Be True 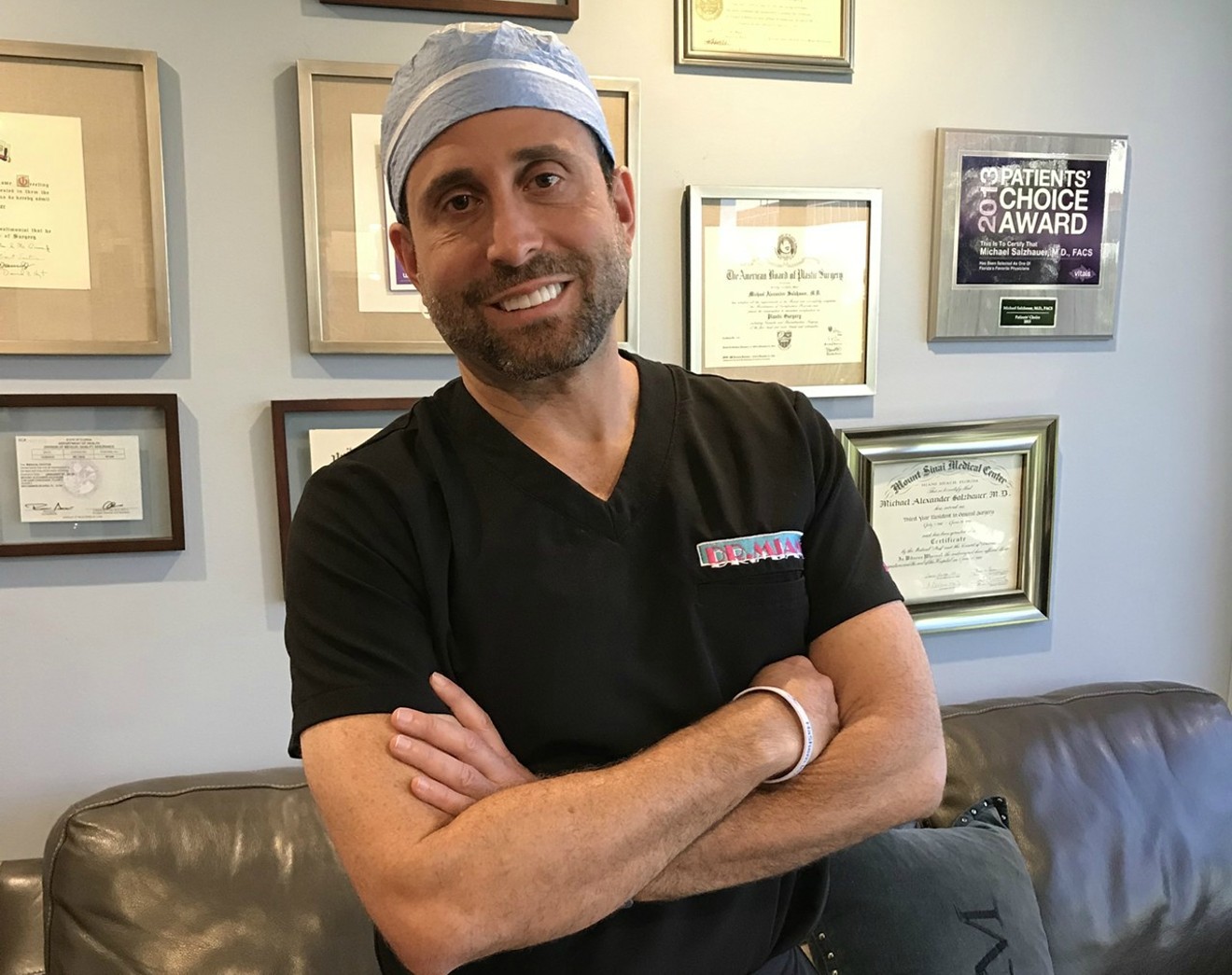 The surgeon, whose real name is Michael Salzhauer, had his Snapchat account suspended in 2019 after sharing a video of a penis enhancement surgery on the platform. Last year, he started offering drive-thru Botox for people interested in smoothing out their coronavirus-induced frown lines. And this week, after stimulus money started to show up in people's bank accounts, Salzhauer tweeted about a special offer on penile-enlargement procedures.

His tweet spread far and wide, and it even got some media coverage. Twitter responded in full thrust.


Finna spend that stimmy on my Jimmy. pic.twitter.com/Imq94uvqse

While some people are still in the relatively optimistic "new year, new me" stages of 2021, they're debating whether they should spend money on a new game console or an extended joystick for themselves or their loved ones.


my boyfriend wanted the ps5 but i’ll get him what he really needs ????

Like baby elephants discovering their trunks, people are thinking creatively about new uses for their extended member.


Me coming back from getting my meat extended pic.twitter.com/uNng1KRph4

Me walking out yo office wit a 3rd leg: pic.twitter.com/9rF68TUkjF

Me Pulling Up To Any Event After The Healing Process pic.twitter.com/F0KKw4C6dl

Me holding doors after the extension : pic.twitter.com/w8RAlEmWlo

Salzhauer tells New Times that his tweet was a joke, of course. But even he wasn't prepared for the response he'd get.


In the past 5 minutes we’ve gotten 20 phone calls about penis extension surgery pic.twitter.com/OM0JQPTKHs

The surgery involves inserting a soft silicone sleeve under the skin of the penis to increase the length and girth of men dissatisfied with their size. Dr. James Elist, a Beverly Hills urologist, pioneered and patented the implant, which is FDA-approved for commercial use. Salzhauer trained with Elist in Beverly Hills.

Salzhauer says he hasn't performed penile enlargement surgeries for several months, both because he had to cancel and reschedule appointments in the earlier months of the COVID-19 pandemic and because he's been busy with mommy makeovers. He hopes to resume the procedure before the end of this year.

In the meantime, he's referring people to Elist. And just for reference, Salzhauer says the real price of a junk extension is upward of $14,000.
KEEP MIAMI NEW TIMES FREE... Since we started Miami New Times, it has been defined as the free, independent voice of Miami, and we'd like to keep it that way. With local media under siege, it's more important than ever for us to rally support behind funding our local journalism. You can help by participating in our "I Support" program, allowing us to keep offering readers access to our incisive coverage of local news, food and culture with no paywalls.
Make a one-time donation today for as little as $1.