The Republican Führer Donald Trump Commits His Most Evil Act Yet 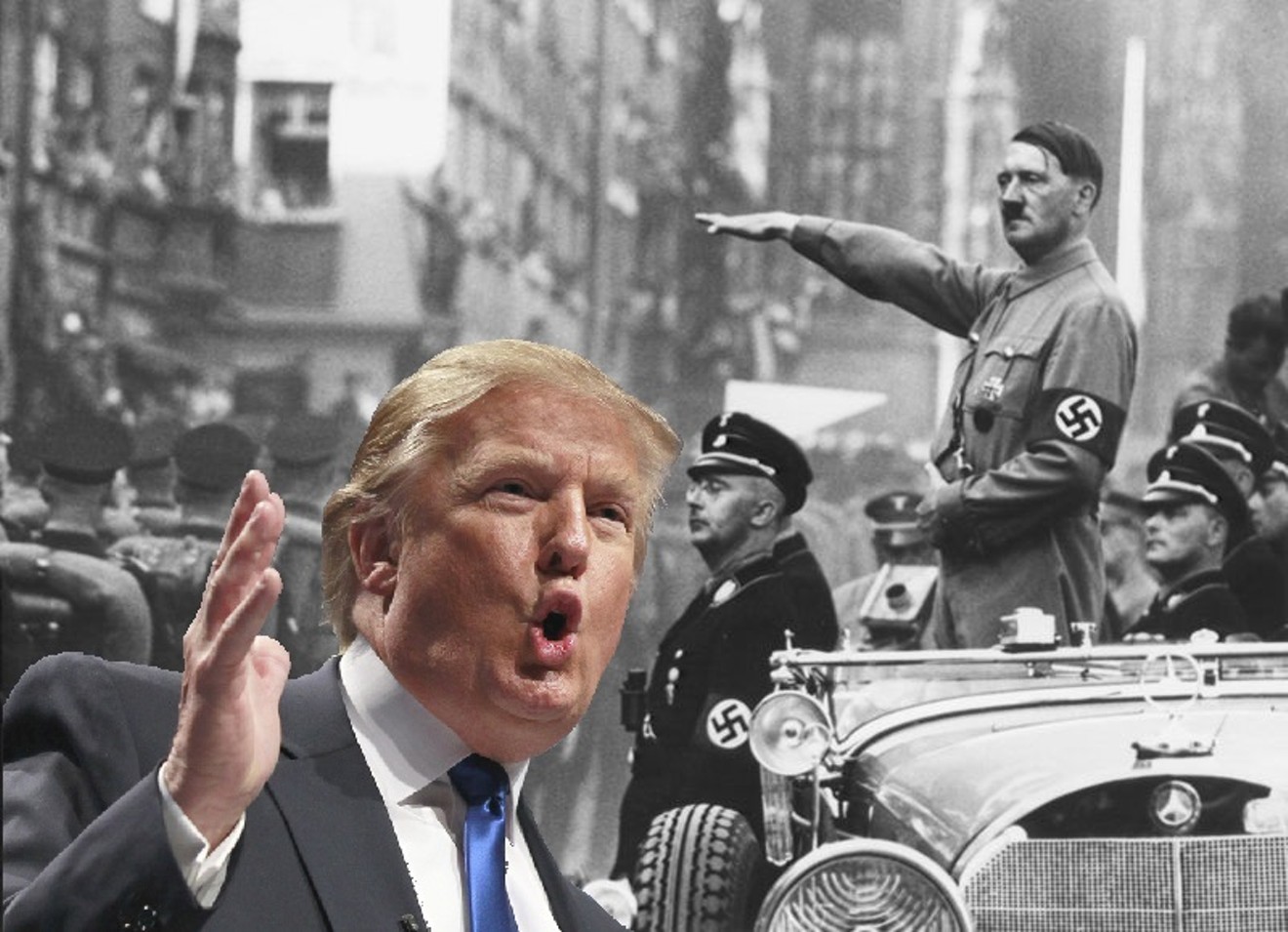 Flickr/jfxgillis
For a minute, it looked as if Donald Trump might evolve into a humanitarian. He commuted the life sentence without parole of Alice Johnson, a 63-year-old black woman convicted of a nonviolent drug crimes. He also announced support for the First Step Act, a bipartisan bill that would allocate $50 million a year to several prison reform programs. He even suggested he would back legislation making marijuana legal.

But it turns out those were just publicity stunts to make the Republican führer look like a good guy. He used Kim Kardashian West, who lobbied him to release Johnson, as a pawn in his wicked head game.

Despite yesterday's retreat on separating families, Trump wants Americans to believe that every Mexican, Central American, and South American who makes the grueling journey across the Texas border is an MS-13 gang member. The United States has all kinds of gangs that were born and raised in this country. Why isn’t Trump railing about that?

Hell, he is the leader of the most treacherous gang in America: the Republican Party.

Of course, Trump only cares about keeping out immigrants with brown skin. His first wife and his current spouse are both immigrants who won the American citizenship lottery. Melania Trump may have even run afoul of immigration laws when she came to America. Trump's own paternal grandparents and his mothers were immigrants. So the case could be made that Trump was one of the country’s first Dreamers.

Like the little bitch he is, Trump blames his evil family-separation policy on Democratic members of Congress, Bill Clinton, and Barack Obama. That's just more Trump lying. But Democrats are to blame for putting all of their money on Hillary Clinton as their 2016 nominee despite knowing she was a polarizing candidate. And they don’t have anyone who can inspire voters to kick Trump out of the Oval Office in 2020.

The sad part is that Trump is delivering on his campaign promises. Of course, Republicans outside his administration probably didn’t know he would rip babies away from their mothers and put them in cages. Certainly, Sen. Marco Rubio and the three Cuban-American U.S. representatives seemed clueless that the Trump administration had quietly opened three camps in Miami-Dade that house migrant children.

Those members of Congress have the power to stop Trump, but they won’t do it because they're afraid to alienate the president’s rabid base of supporters, which include many Cuban-Americans. Support him, though, even by staying at his hotels, and you're supporting both racism and the barbaric mass incarceration of babies.

Trump fantasizes about being a strongman like Vladimir Putin and Kim Jong-un — the Korean dictator and Trump's new best buddy, who has starved thousands of his own people and assassinated his own cousin. My momma always said birds of a feather flock together.

If Trump could do it, he would sign an executive order making himself president for life. But true patriots will never let that happen.

Follow Luke on Twitter: @unclelukereal1.
KEEP MIAMI NEW TIMES FREE... Since we started Miami New Times, it has been defined as the free, independent voice of Miami, and we'd like to keep it that way. With local media under siege, it's more important than ever for us to rally support behind funding our local journalism. You can help by participating in our "I Support" program, allowing us to keep offering readers access to our incisive coverage of local news, food and culture with no paywalls.
Make a one-time donation today for as little as $1.