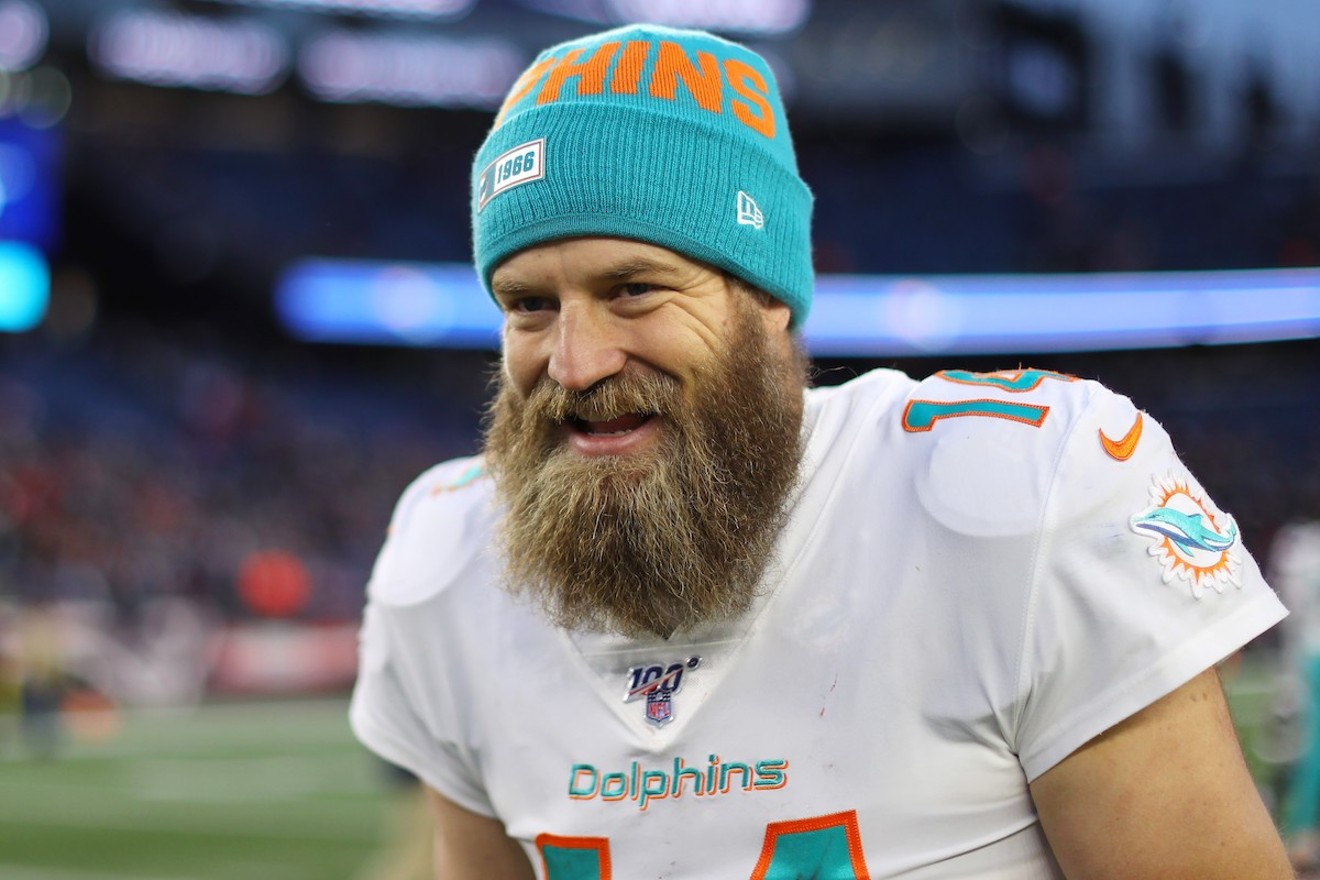 The result was a sleepy, mistake-filled 20-3 win over the New York Jets. As an unintended and less-thrilling result, fans and media alike are debating which quarterback should lead the 7-4 Dolphins the rest of the way.

Sometimes, a win feels like a loss. Having a needless quarterback controversy arise in a win against an 0-11 team might qualify as one of those times.


The Dolphins are 7-4 mood: pic.twitter.com/a6K8jdqsgq

Dolphins end the day with the sixth seed in the AFC playoff race and the 11th and 21st picks in the first round of the draft.

After head coach Brian Flores unnecessarily benched Tua in last week's loss to the Denver Broncos, the Dolphins' fifth-overall pick was quickly named the starter for this weekend's game against the Jets. Just another teachable moment, right? Everything seemed fine, and everyone could forget about the minor speed bump in Tua's career.

Until he jammed a thumb against a defender's helmet in practice, making Fitzpatrick once again the man taking the snaps against a team that, predictably, did little to stop him.

"Fitzmagic" finished the game 24 of 39 for 257 yards and two touchdowns. Nothing special by most quarterback standards, but just enough to convince some fans and analysts that the Dolphins' rookie quarterback should stay on the bench while the steady veteran leads the way.

After the game, Flores told reporters they need to chill out. He once again made it abundantly clear that Tua Tagovailoa is the starting quarterback for the Miami Dolphins. Maybe next week, sure, but excuse us if we aren't certain that's written in black ink for the rest of the season.


Flores on Tua: "If he's healthy, he's the guy. I don't know how many different ways I have to say it."

Things don't get all that challenging for the Dolphins next week as they face the 2-8-1 Cincinnati Bengals without quarterback Joe Burrow. It probably doesn't matter who starts against the Bengals, but that won't stop everyone from arguing about which guy it should be.

The Dolphins can still win the AFC East, and they certainly can still make the playoffs. The only question is which quarterback should lead them in pursuit of those goals.
KEEP MIAMI NEW TIMES FREE... Since we started Miami New Times, it has been defined as the free, independent voice of Miami, and we'd like to keep it that way. With local media under siege, it's more important than ever for us to rally support behind funding our local journalism. You can help by participating in our "I Support" program, allowing us to keep offering readers access to our incisive coverage of local news, food and culture with no paywalls.
Make a one-time donation today for as little as $1.