A Miami Urban Explorer Photographed Abandoned Mansions Across the South 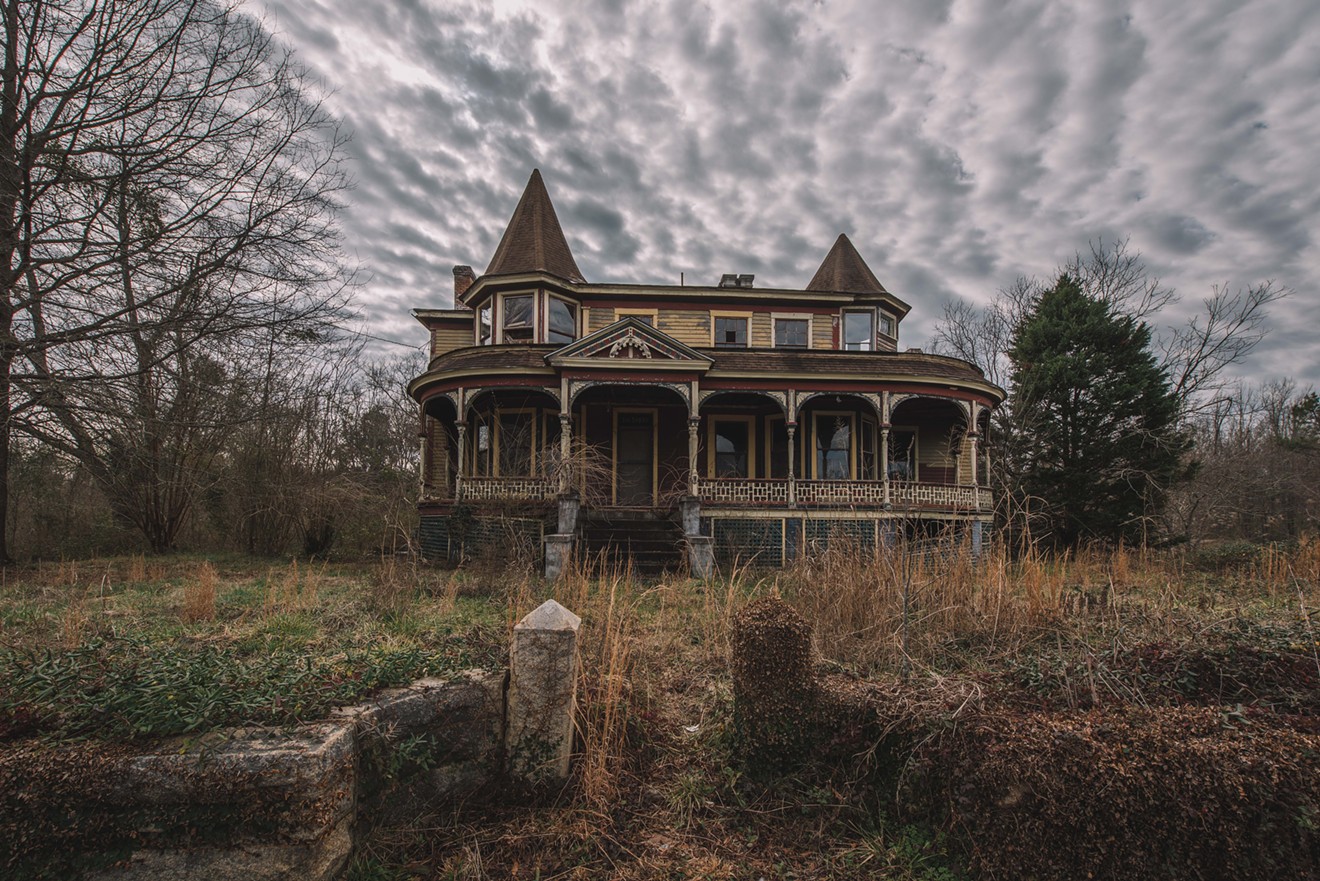 The Pendleton-Graves Home in Sparta, Georgia. Photo by David Bulit
For almost a decade, urban explorer David Bulit has been making his way into forgotten properties scattered across Florida, including Miami Marine Stadium, Glades Correctional Institution, and the Aerojet-Dade rocket facility. Many of them have long, storied pasts, which the 29-year-old Hialeah resident recounts on his blog, Abandoned Florida, alongside his behind-the-scenes photographs.

When he turned his camera to abandoned homes, he found the stories were no less fascinating.

There was the fishing lodge and hotel that had once been home to Leo "Suicide" Simon, a stuntman and circus performer known for a trick that involved lying in a box packed with dynamite and blowing himself up. And there was the Queen Anne-style home owned by an inventor, pineapple plantation owner, and philanthropist whose contributions to his community are still remembered almost a hundred years later.

There were so many stories that Bulit turned them into a book. Released in April, Southern Comfort: Abandoned Homes of the American South features 16 decaying residences throughout Louisiana, Mississippi, Tennessee, Georgia, and Florida. Each entry includes a history of the place and the people who lived there before it was left to deteriorate.

"A home really, to me, is just a shell," Bulit says, "and people are what make it a home." 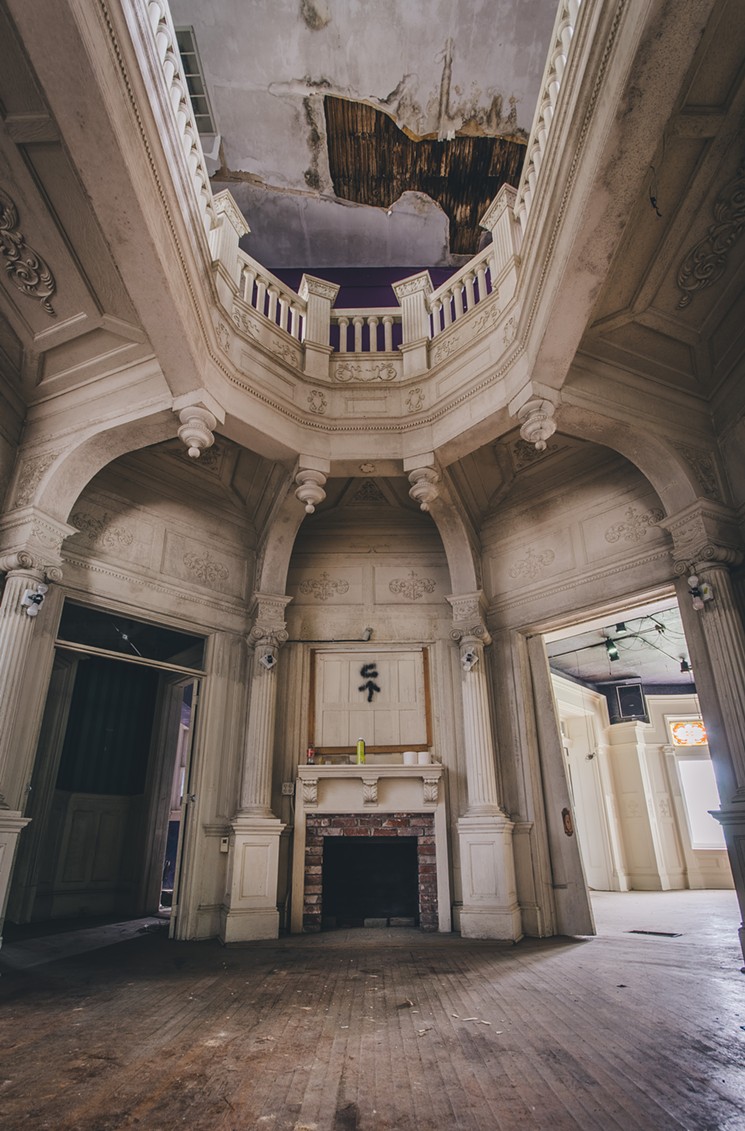 Ashlar Hall in Memphis, Tennessee.
Photo by David Bulit
Some of the homes caught Bulit's eye as he drove through town. Others were flagged for him by friends. To get the properties' backstories, he tracked down and spoke with previous owners. The most interesting story he discovered, he says, was probably that of the pet cemetery owner whose 1985 slaying was only recently solved and who had been suspected in the deaths of two previous husbands.

Rumors linger of gold hidden on the property, supposedly left to the woman by her wealthy father.

"People still go out there, I guess, with metal detectors," Bulit says.

Bulit began exploring abandoned properties in 2009 after seeing a documentary about urban explorers that featured the Aerojet facility in the Everglades. Fascinated, he ventured to the site. With that, Abandoned Florida was born. 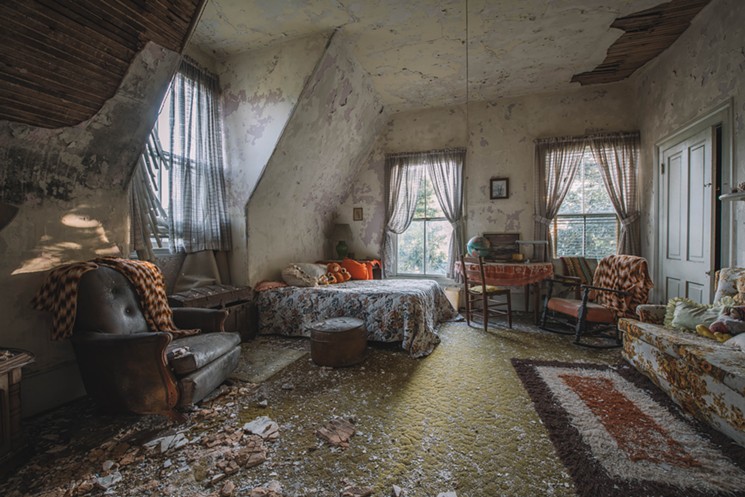 J.C. Little House in Louisville, Georgia.
Photo by David Bulit
The self-taught Bulit has no formal training in photography. When he got started, he was more interested in exploring than taking pictures. He used a point-and-shoot to snap images he later posted online. Then he received a comment that stuck with him.

"Somebody told me that my photos were terrible," he says, "and I took that to heart and practiced. And here I am now."

Southern Comfort is Bulit's second book. His first, Lost Miami: Stories and Secrets Behind Magic City Ruins, was published in 2015.
KEEP MIAMI NEW TIMES FREE... Since we started Miami New Times, it has been defined as the free, independent voice of Miami, and we'd like to keep it that way. With local media under siege, it's more important than ever for us to rally support behind funding our local journalism. You can help by participating in our "I Support" program, allowing us to keep offering readers access to our incisive coverage of local news, food and culture with no paywalls.
Make a one-time donation today for as little as $1.