Going Once: City of Miami Auctions Off Piles of Weird Stuff 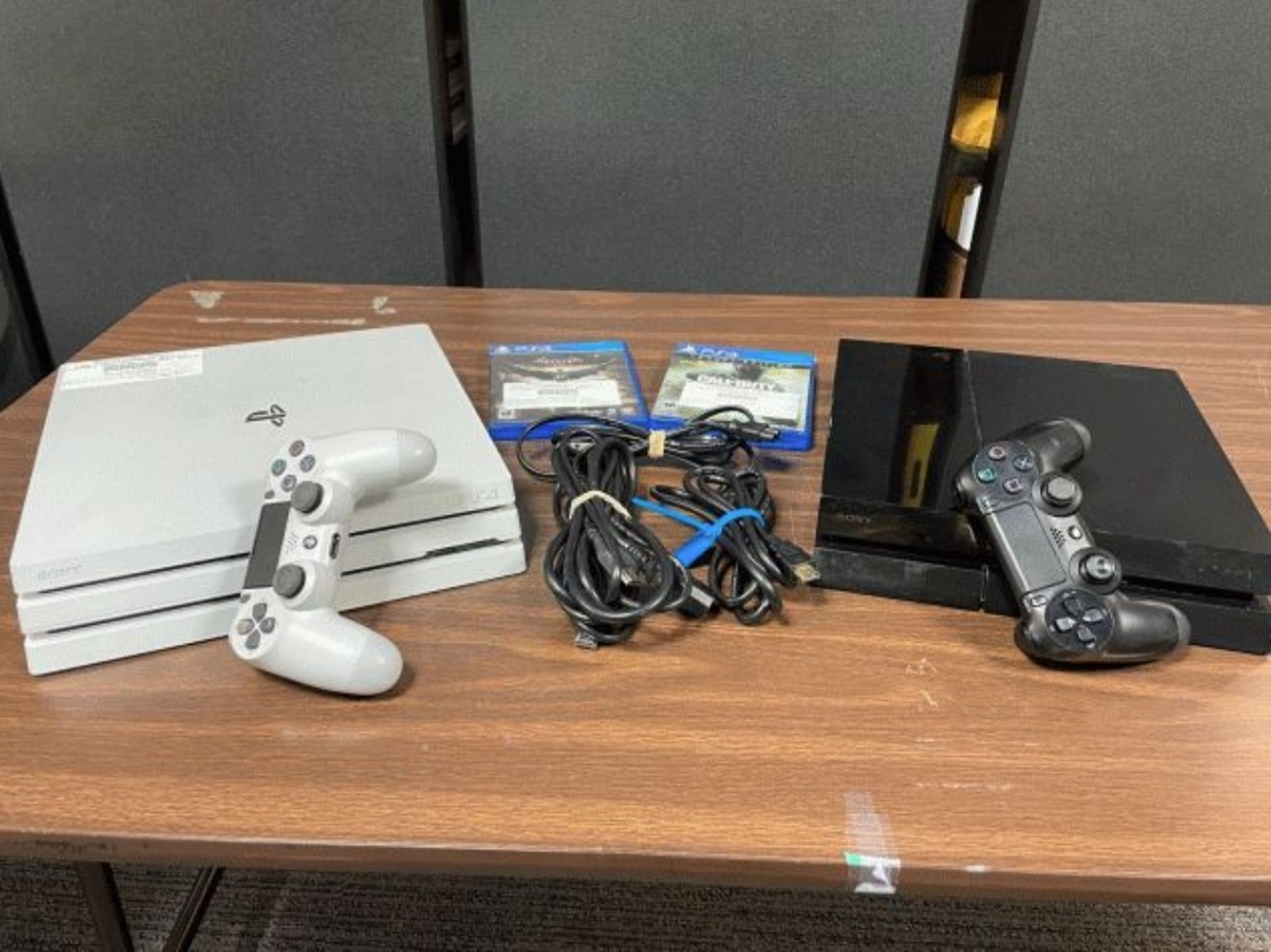 May we interest you in a couple of PlayStation 4s, condition unknown? Photo by City of Miami via René Bates Auctioneers
The discerning buyer always has an eye out for a good deal. If you're the type of discerning buyer who's into cheap gaming consoles, musical instruments, and Nike shoes, well, this is your lucky week.

Open for bidding until noon Friday through McKinney, Texas-based René Bates Auctioneers are 13 lots consigned by the City of Miami — and it's a veritable pawn shop's worth of crap!

Municipalities and police departments periodically hold auctions to sell off items that were picked up as evidence or found by employees on government property, with the proceeds typically destined for the general fund. According to Miami Police Department (MPD) spokesperson Michael Vega, the city holds one auction a year, depending on how much property has been confiscated, seized, or found.

Among the assorted goods up for bid are some items that make you wonder: How the heck did the city get ahold of these?

The most outrageous lot in the electronics department consists of two Sony Playstation 4's (one classic and one Pro), including two controllers and two games (Call of Duty Infinite Warfare and Batman Arkham Knight). The current bid: $310. A single refurbished classic PS4 (no games) sells at GameStop $289, and that's cheaper than what you pay on Amazon (especially for a Pro version). While it isn't the latest console, with global supply shortages making a Playstation 5 almost impossible to find, this auction item is a steal at the current price.

For those who are more musician than gamer, the city is auctioning off a single trumpet, with case (current bid: $75). This one's a real roll of the dice — the only clue to its provenance is the description "Model ML 16004."

MPD would only provide details on specific items pursuant to a public records request, which would likely take weeks, which would render the exercise pointless.

Other bizarre and potentially wicked-cheap items on offer include "approximately 126 pieces of assorted girls clothing ranging from size 8 to 18" (current bid: $71), and three pairs of Nike shoes (current bid: $180), two in size 10.5 and one in size 8.

If cheap deals on government property sounds like your jam, a good resource is Govdeals.com, where government entities and schools auction their surplus items.
KEEP MIAMI NEW TIMES FREE... Since we started Miami New Times, it has been defined as the free, independent voice of Miami, and we'd like to keep it that way. With local media under siege, it's more important than ever for us to rally support behind funding our local journalism. You can help by participating in our "I Support" program, allowing us to keep offering readers access to our incisive coverage of local news, food and culture with no paywalls.
Make a one-time donation today for as little as $1.