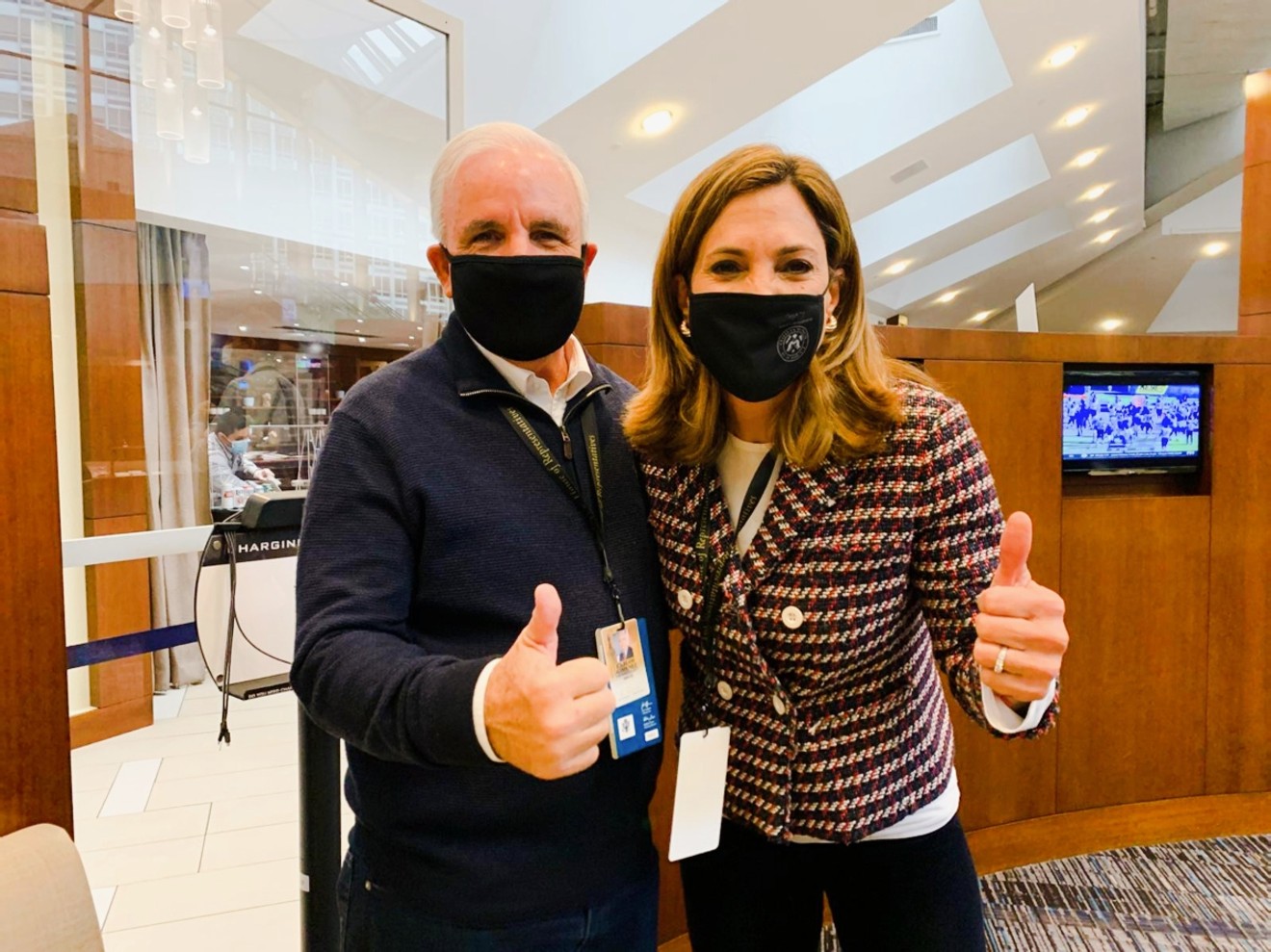 Watch out, U.S. House of Representatives. There's a new "Squad" in town. Photo by @MaElviraSalazar/Twitter
Four women of color — Alexandria Ocasio-Cortez, Ilhan Omar, Ayanna Pressley, and Rashida Tlaib — made history in 2018 when they were elected to the U.S. House of Representatives. The Squad, as the congresswomen have become known, represent marginalized groups and have shaken up Washington D.C. by advocating for progressive policy changes.

The women are pretty much every Republican's worst nightmare. So naturally, some incoming U.S. representatives, including former Miami-Dade County Mayor Carlos A. Giménez, want their own crew to offset the "socialist-leaning agenda" of the OG squad.

A fresh face at freshman orientation and basking in the glow of a GOP-flipped 26th Congressional District seat, Giménez said on Twitter yesterday that he's joining a "freedom squad" to fight against what has become the Republican Party's bogeyman — socialism in the Democratic Party.

"We know what socialism does to a nation — we escaped it," Giménez tweeted. "We'll fight for freedom, the American dream & opportunity every single day."


I’m proud to serve with @NMalliotakis, @MaElviraSalazar, & @Victoria_Spartz. We know what socialism does to a nation -- we escaped it. We’ll fight for freedom, the American dream & opportunity every single day.https://t.co/BYo7DttN2r

The New York Post reported last week that New York Congresswoman-elect Nicole Malliotakis is forming the "freedom squad." She told the tabloid that she wants the group to act as a counterbalance to the Squad's "leftist leanings."

She'll be joined by Giménez, Maria Elvira Salazar — who unseated Democrat Donna Shalala in Florida's 26th Congressional District — and Victoria Spartz of Indiana, all incoming House Republicans. Malliotakis told the Post that her mother fled Fidel Castro's Cuba and that it's necessary for those who have fled communist regimes to be represented. (Giménez was born in Cuba; Salazar's parents are also Cuban exiles. Spartz was born in Ukraine.)

Republicans' McCarthy era-like branding of Democrats as socialists paid off in Miami-Dade in 2020, especially among Latinos who fled left-wing dictatorships. Giménez acknowledged that the messaging strategy helped him and other GOP candidates win office in Florida.
KEEP MIAMI NEW TIMES FREE... Since we started Miami New Times, it has been defined as the free, independent voice of Miami, and we'd like to keep it that way. With local media under siege, it's more important than ever for us to rally support behind funding our local journalism. You can help by participating in our "I Support" program, allowing us to keep offering readers access to our incisive coverage of local news, food and culture with no paywalls.
Make a one-time donation today for as little as $1.