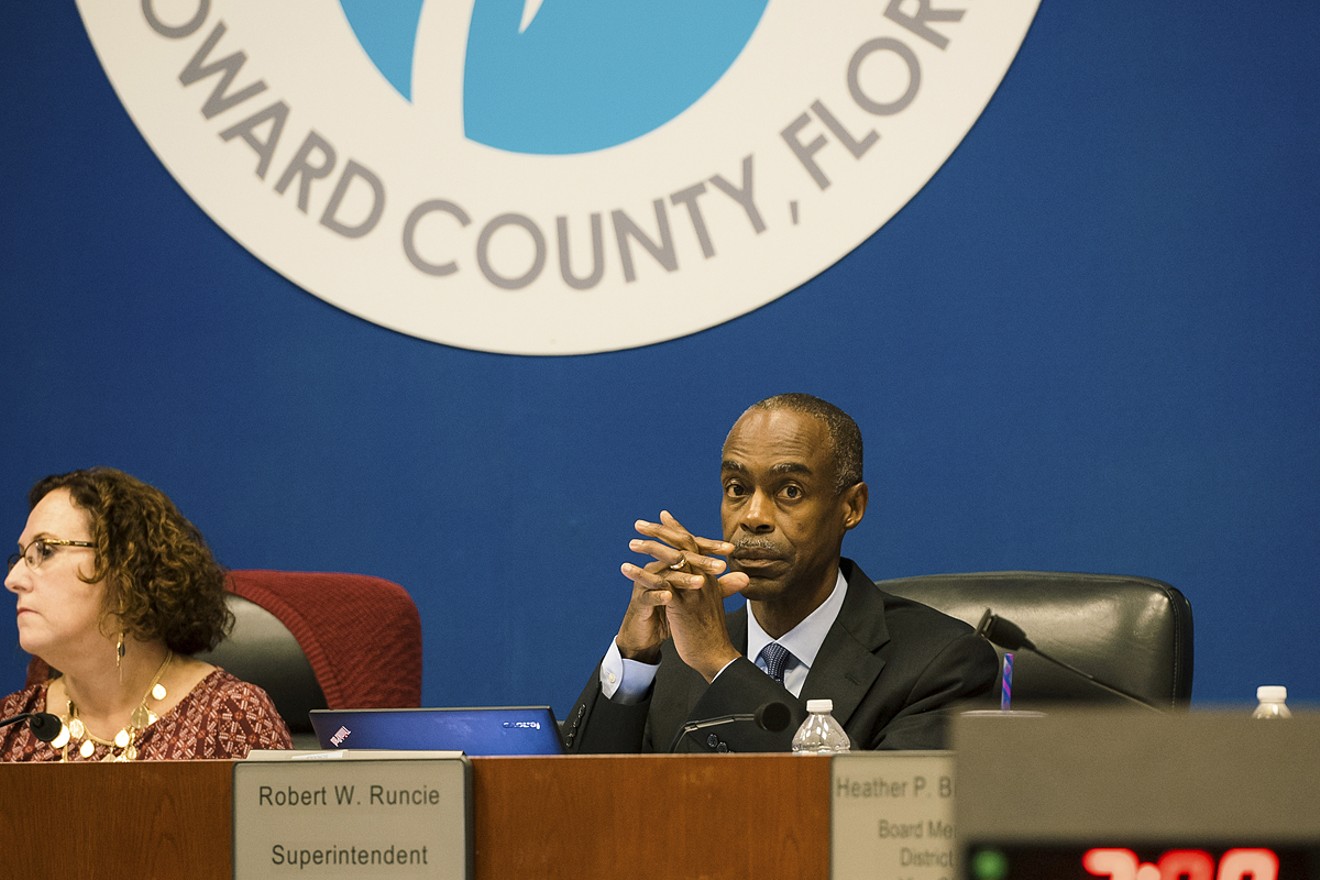 Robert Runcie has led the Broward County school district since 2011. Photo by Emilee McGovern
This morning, news broke that Robert Runcie, superintendent of Broward County Public Schools, had been arrested on a felony charge of perjury in an official proceeding.

For hours, the public was left wondering what led to the superintendent's arrest. Now, some new information is emerging, although officials are providing only scant details.

A press release from the Florida Department of Law Enforcement (FDLE) says Runcie's arrest is tied to alleged perjury during a grand jury hearing on "school-related safety laws and mismanaging funds solicited for school safety initiatives" — a reference to the Twentieth Statewide Grand Jury that was empaneled to investigate school safety after the 2018 shooting at Marjory Stoneman Douglas High School in Parkland. But according to the FDLE, "information relating to the grand jury has been sealed by the court."

An indictment obtained by New Times from the Florida Attorney General's Office provides more information, but not much. The heavily redacted three-page indictment says Runcie made a false statement that he did not believe to be true during his testimony before the grand jury on March 31 and April 1. The document provides no further explanation about what Runcie said. (The indictment is embedded at the bottom of this post.)

In a statement, Runcie's attorneys suggested the arrest was politically motivated.

"It is a sad day in Broward County and across Florida when politics become more important than the interests of our students," the statement read. "Superintendent Runcie has fully cooperated with law enforcement throughout this statewide grand jury process. This morning, we received a copy of an indictment that does not shed any light on what false statement is alleged to have been made."

The attorneys said Runcie would plead not guilty to the charge.

Statement from @RobertwRuncie lawyers on his arrest, which they call political. They say he plans to stay on as supt. pic.twitter.com/1useyYYvHA

According to her indictment, Myrick is accused of illegally disclosing grand jury proceedings to another person between March 31 and April 14.

Both Runcie and Myrick were indicted by the Twentieth Statewide Grand Jury for the State of Florida, the same body Runcie is accused of lying to and that Myrick is accused of disclosing information about.

Kylie Mason, a spokesperson for the Florida Attorney General’s Office, said in an email that no further records are publicly available at this time. She cited a state statute that makes it illegal to disclose information about grand jury proceedings in Florida — the same statute that led to Myrick's arrest.

This is a breaking news story and will be updated throughout the day.