Best of Miami 2019: The Best Things to Do in Miami 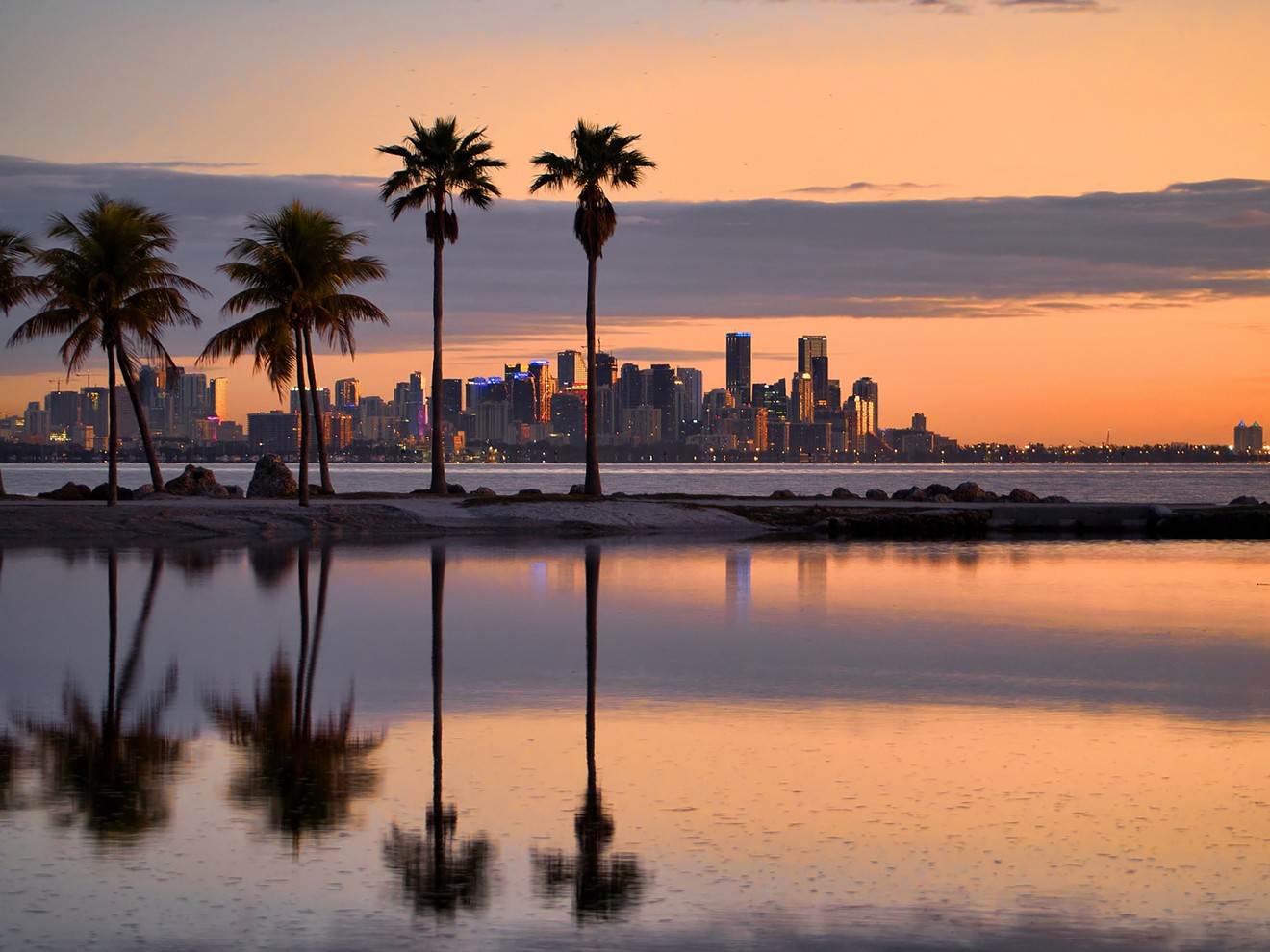 Miami, the Magic City Photo by joiseyshowaa / Flickr
Each year, Miami New Times rounds up the best places, people, and things in the Magic City. The 2019 Best of Miami issue will go live online tomorrow, so be sure to check back then to find the entire list of staff picks.

In the meantime, here's a rundown of our favorite things to do around South Florida this year:

Surfside
Photo by Jessica Gibbs
Hit up the best beach: Surfside. It's a good problem to live in a place with too many quality beaches. Every shore in Miami-Dade offers something unique, from party vibes to family fun. But if you’re looking for a relaxing and uncrowded day on the sand, head to the peaceful oceanfront haven known as "Miami’s Uptown Beachtown": Surfside. The unspoiled one-mile stretch from 88th Terrace to 96th Street is a slice of paradise that's clean and serene with a locals-only aesthetic. Rest assured, you won’t see an "I’m in Miami Bitch" T-shirt here. 88th Terrace to 96th Street, Surfside; 305-864-0722; visitsurfsidefl.com. 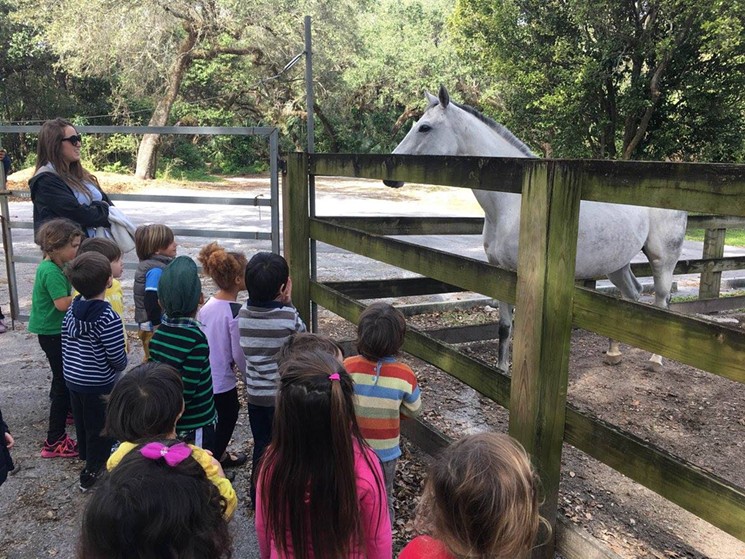 FIU Biscayne Bay Campus Nature Trail
Photo by Nicholas Olivera
Take a stroll on the best trail: FIU Biscayne Bay Campus Nature Trail & Butterfly Garden. From an Olympic-sized pool to kayaking tours and the occasional open-water event on Biscayne Bay, Florida International University’s waterfront campus offers several outdoor attractions to its sun-kissed student body. But it’s the nature trail that best shows off the university's tropical setting. Beginning at the Glenn Hubert Library, wrapping around the campus, and running partly alongside Biscayne Bay, this three-mile trek is a master class in plant and wildlife native to Florida. Not only are birds such as the belted kingfisher and roseate spoonbill often visible from the trail, but also the damp surroundings attract Instagram-worthy butterfly species such as monarchs and sulphurs. Check out the mangroves, which not only serve as a barrier from the whipping sea breeze but also make for a prime nesting place for some of these incredible creatures. You won’t need to worry about cutting class to take a stroll down the trail: It’s open to the non-Panther public. Glenn Hubert Library
3000 NE 151st St., North Miami; 305-919-5718; gogreen.fiu.edu. Four Season Hotel at the Surf Club
Photo by Christian Horan
Book a staycation at the best hotel: Four Seasons Hotel at the Surf Club. The Surf Club opened on New Year’s Eve 1930 with help from business tycoon Harvey Firestone and became an oceanside retreat for the rich and famous. Tennessee Williams, Winston Churchill, Elizabeth Taylor, and Frank Sinatra all walked through its doors. But by the turn of the millennium, the club lost its cachet and fell into disrepair. That's until it underwent an extensive five-year renovation and reopened in 2017. The Surf Club still operates as a private club, with membership fees undisclosed but no doubt exorbitant. However, the best way to enjoy the remodeled property is by staying at the 77-room Four Seasons Hotel. The Studio Cabanas, which are part of the original Surf Club building designed by Russell Pancoast, are a must if you want to experience the property the way it was originally intended. These rooms come at a premium, going for more than $1,000 per night depending upon the season. You can also stay in the Surf Club Rooms, the least expensive accommodations, starting at $500 if you’re able to score a deal. Also not to be missed is the resort's restaurant, Le Sirenuse Miami. The staff is handsomely dressed and provides white-glove service that’s surprisingly rare in Miami. 9011 Collins Ave., Surfside; 305-381-3333; fourseasons.com/surfside. 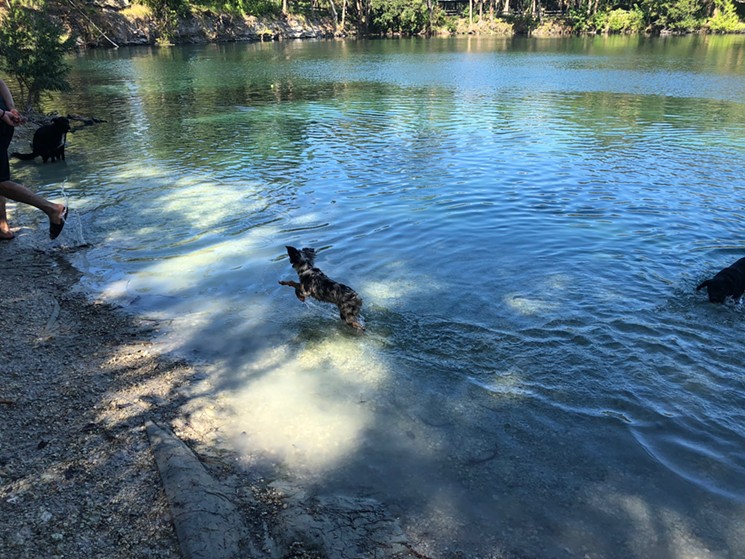 Dog Swim at Snyder Park
Photo by Brittany Shammas
Take your pup to the best dog park: Dog Swim at Snyder Park. The only thing cuter than a dog is a swimming dog. And you'll find lots of them at Snyder Park, one of the few local dog parks with a swimming hole just for pups. When Spot is panting on a muggy Miami day, it's worth the drive to Fort Lauderdale (and the $1 hourly parking fee) to see him splash with all the other good boys and girls. Plus, this place is weirdly beautiful, with tons of towering trees and water the color of a natural spring. There's plenty of shade where you can kick back and relax while your pooch romps around with all of his new friends — although you might be tempted to jump in yourself. Just remember: The swimming hole is closed the first Tuesday and Wednesday of each month, as well as 8 to 11 a.m. every Wednesday. 3299 SW Fourth Ave., Fort Lauderdale; 954-828-4585; fortlauderdale.gov/departments/parks-recreation/city-parks/snyder-park. 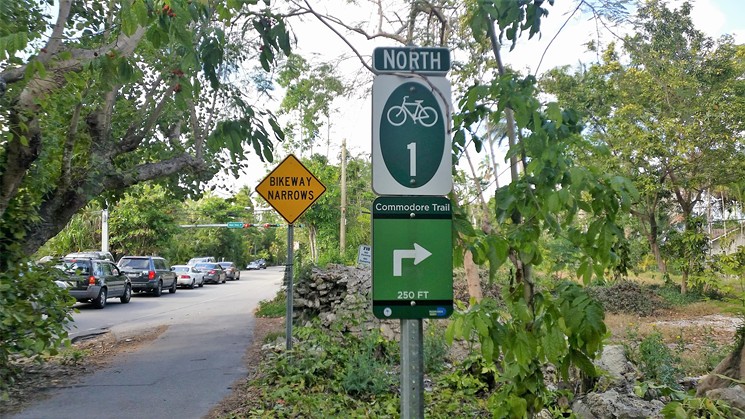 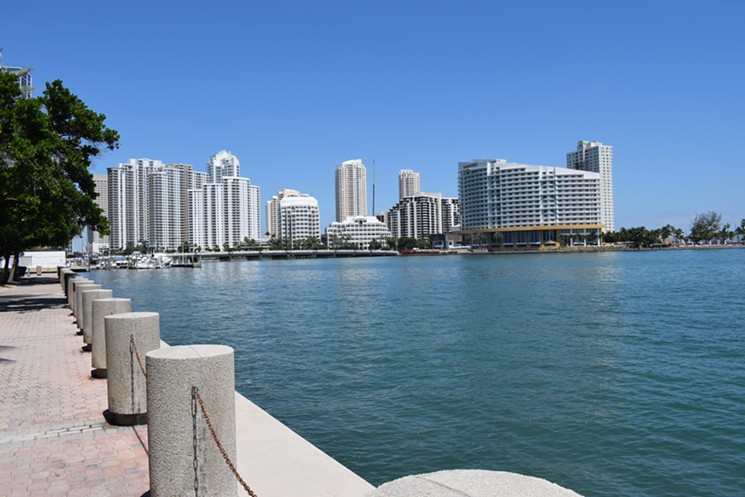 The terrace by Brickell Bay
Photo by Nicholas Olivera
Soak up the best view: Terrace by Brickell Bay. You don’t need to be a part of the Brickell elite to relax on the coastal terrace that overlooks Biscayne Bay. Head east on SW 13th Street in Brickell until you reach the water. If the Mark on Brickell condos tower overhead, you’re in the right place. At this Intracoastal hideaway, the view from any angle could be an establishing shot from a classic movie or TV show set in the Magic City — from the Rickenbacker Causeway as it has appeared in countless Miami Vice rip-offs, to the industrial shipping containers you might remember from watching Dexter. Save for hopping onto a luxury yacht and cruising on the bay, this location is the ideal vantage point for a quick photo shoot in the 305. And if you’re lucky, you might catch a glimpse of dolphins wandering through the Intracoastal Waterway. 1155 Brickell Bay Dr., Miami.
KEEP MIAMI NEW TIMES FREE... Since we started Miami New Times, it has been defined as the free, independent voice of Miami, and we'd like to keep it that way. With local media under siege, it's more important than ever for us to rally support behind funding our local journalism. You can help by participating in our "I Support" program, allowing us to keep offering readers access to our incisive coverage of local news, food and culture with no paywalls.
Make a one-time donation today for as little as $1.
Miami New Times staff