Miami Singer Yoli Mayor on Her America's Got Talent Debut: "I Wasn't Sure if They Liked Me" 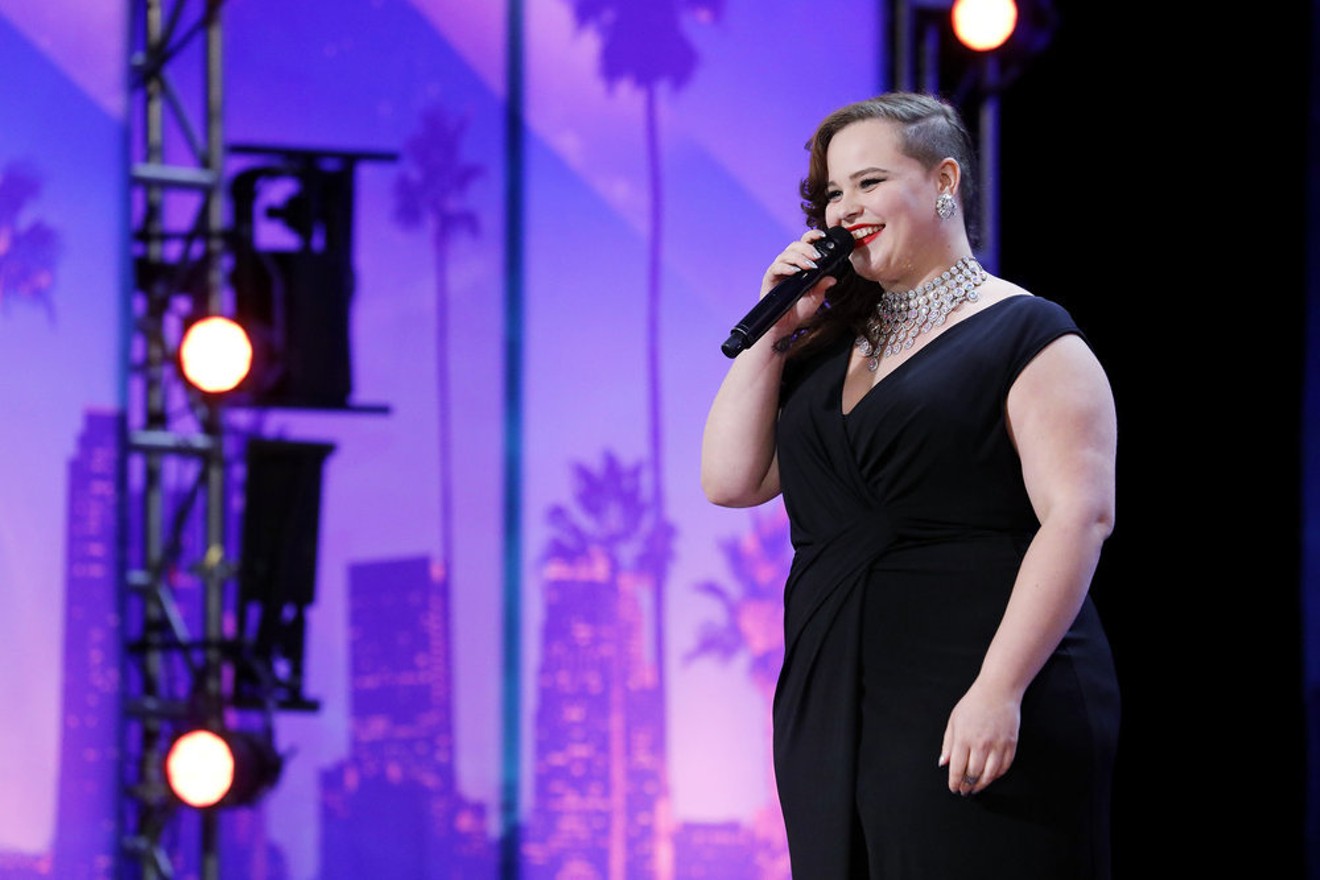 Yoli Mayor on America's Got Talent. Photo by Trae Patton/NBC
First-generation Cuban-American Yoli Mayor isn't just a powerful singer. She represents Miami. Her family made the exodus from Cuba in 1980 on the Mariel Boatlift, an initiative launched by the Castro regime as a measure to deal with housing and job shortages on the island. They were among the 125,000 people who packed boat after boat to arrive on the shores of South Florida. Like so many others, Mayor’s family settled in Little Havana, worked hard, and created possibilities for their families.

“My grandmother did whatever she could for the kids, so she would work at hotels, cleaning,” Mayor recalls. She has fond memories of her early years. “I remember my grandmother used to play Celia Cruz all the time at home. She lifted me, her little 4-year-old granddaughter, onto the table, grabbed her loose cotton muumuu dress, and danced with me as we sang along together. She would yell, '¡Azúcar!' We were totally a salsa house.”

Last night, Mayor’s grandmother got to see her sing for some of the toughest judges in the entertainment world: Simon Cowell, Mel B, Heidi Klum, and Howie Mandel, as well as millions of viewers, on NBC’s America’s Got Talent.

“I went in for an audition in Miami and was very nervous. I wasn’t sure if they liked me,” Mayor says. “The experience was great, and everyone was very nice.”

On last night’s AGT, the judges were very sympathetic. In her pre-performance interview with host Tyra Banks, Mayor tearfully opened up about her insecurities and her lifelong desire to perform and travel the world. As she began to sing, Cowell interrupted the performance and asked her to be her young self and relax. Nervous and emotionally charged, Mayor took off her black platform shoes, diamond necklace, and earrings and changed her tune, performing a slow version of Ed Sheeran’s “Make It Rain.” The judges loved the performance. Cowell said she was the dark horse to watch and added that “we may have found a solid gold star.”

Twenty-one-year-old Mayor has been called the “Cuban Adele,” but she wants to move away from that association. “It is a huge complement to be compared to her, but I’d love to get away from that comparison,” she says. “I don’t want to be the Cuban version of anyone. I'd just rather be a version of me.” One striking similarity is how both Adele and Mayor have chosen to write songs that reflect on heartbreak. “One thing that has happened to me in the past year is I had my heart broken for the first time.”

“I am not afraid to talk about the part where you feel like you are going to die,” Mayor explains. “I think that is the part that resonates the most with people. I cry when I sing this song, and so do many of my fans.” 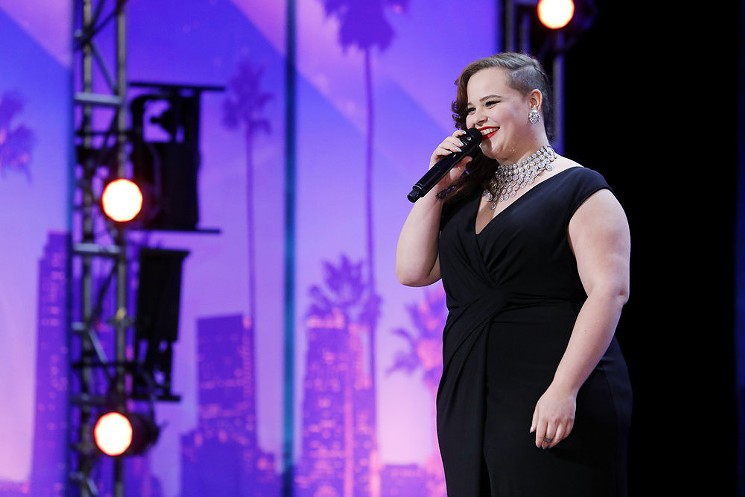 Yoli Mayor on America's Got Talent.
Photo by Trae Patton/NBC
It is doubtful she has time to reflect on her lost love right now in the midst of her national debut on America’s Got Talent. Perhaps her willingness to lay bare the depth of her emotion and inject that passion into her performance will take her all the way to the finals.

The support of the local music scene has been vital in enabling Mayor to refine her singing and take the national stage. Her weekend residency at the swanky Brickell supper club El Tucán has given her the live experience and responsive audience that musicians need.

After debuting her EP, Mayor also plans to release a full album later this year and will open for the well-known Mexican singer José José on his 2018 tour. Recent touring in the Bahamas and Mexico has boosted her creative energy, and her very first trip to Cuba earlier this year has inspired her.

“Walking through the streets, there is music everywhere. I heard live music being played in someone’s living room,” she recalls. “It was flowing and happening, and it was all about family. I would really like to adopt some of the sounds in my music, go back to my roots, the Afro-Cuban sounds.”

Mayor grew up in a household where Cuban traditions were strong: where English wasn’t spoken and women were expected to be good wives and homemakers. "My grandmother wanted to teach me to make sure to have dinner on the table by 6 p.m. and the man’s slippers ready. The woman is supposed to cook, and the man is supposed to work,” she says. “I remember being told: 'You need to marry a lawyer; you need to marry a doctor.' But I replied, 'Why do I need to marry money? Why can I not make it myself?'”

Now she's ready to prove her abilities. At last night’s watch party at the Old Havana-style cabaret, El Tucán, Mayor’s grandmothers were by her side.

"They had some doubts when I was younger,” Mayor says. “They are very proud of me now. They see all the hard work I’ve put into it.”