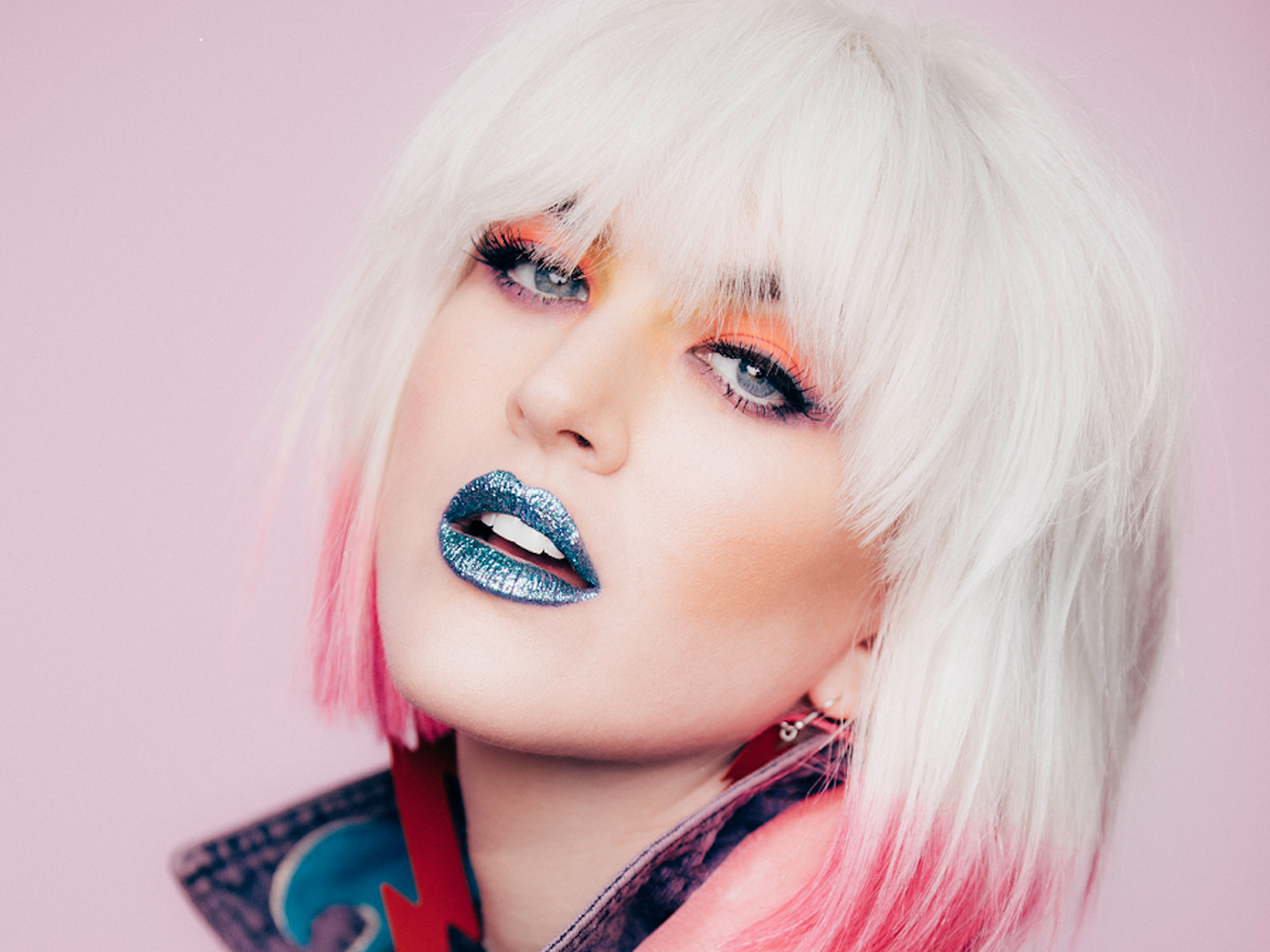 Gigi Rowe Photo by Edward Cooke
The sensation of experiencing life for the first time as a young human is unforgettable, awesome, and nearly impossible to re-create. Miami-based pop singer Gigi Rowe attempts to capture that awe on her new single, “Lollipops,” as well as in her first children’s book, due out later this year.

Creating content for children is nothing new for Rowe. Her songs "Got That" and “Run the Night” were featured in the Just Dance video-game franchise's 2017 and 2018 editions. Seeing how young fans and parents reacted to her songs on the popular video game, Rowe was inspired to write a song about something universally uplifting.

“No matter if you’re five or 95, if someone hands you a lollipop, it’s going to put a smile on your face,” she says.

Rowe began writing “Lollipops” in 2018 during a writing trip to Nashville. PC Music, the underground British label run by producer A.G. Cook and known for its synthesized and exaggerated presentation of pop music — often referred to as hyperpop — was a source of inspiration for the single as well.

“I was all lit up about [PC Music] because I felt like it does for pop music what Andy Warhol did in the visual-art world,” Rowe explains. "It challenged what pop music is and celebrates commercialism and branding in pop music."

The simple yet effective lyrics in “Lollipops” create a dangerously catchy song, one that could be played on repeat to keep listeners in a happy-go-lucky trance that earworms like “Baby Shark” seem to hold over young and old alike.
“When I cut the vocals, I felt like I was immediately transported back,” she tells New Times. “There are very few moments in your life that give you real nostalgia.”

She says she felt an energy reminiscent of her childhood growing up in New Jersey. She envisioned lovers in oversize leather jackets holding hands at the country fair, boardwalk beaches, and the last summer nights before school starts each fall.

The “Lollipop” music video not only introduces audiences to the track but acts as an invitation to the Gigi Rowe literary world. Set to be released this year, Gigi Rowe Wishes follows Gigi Rowe through her cotton-candy-and-rainbow-filled world as she inspires readers to be unapologetically themselves and believe in their wildest dreams.

The Gigi Rowe character was inspired by spunky female protagonists like Kay Thompson's Eloise and Ludwig Bemelmans' Madeline. But Gigi Rowe is more fantastical than the girl who lives in the hotel or attends boarding school in Paris. As legend has it, Gigi Rowe was discovered at the Stardust Motel, and although she doesn’t know it, her father is from the future and her mother is a movie star from the past.

A character born of the future and past is fitting for Rowe. She emulates elements of old Hollywood glamor with her heart-shaped sunglasses and bright red lipstick alongside her futuristic neon wigs and iridescent glitter. Both on and off the page, she creates a sugary-sweet world where people can escape the mundane. "Lollipops" is the ticket away.
KEEP MIAMI NEW TIMES FREE... Since we started Miami New Times, it has been defined as the free, independent voice of Miami, and we'd like to keep it that way. With local media under siege, it's more important than ever for us to rally support behind funding our local journalism. You can help by participating in our "I Support" program, allowing us to keep offering readers access to our incisive coverage of local news, food and culture with no paywalls.
Make a one-time donation today for as little as $1.